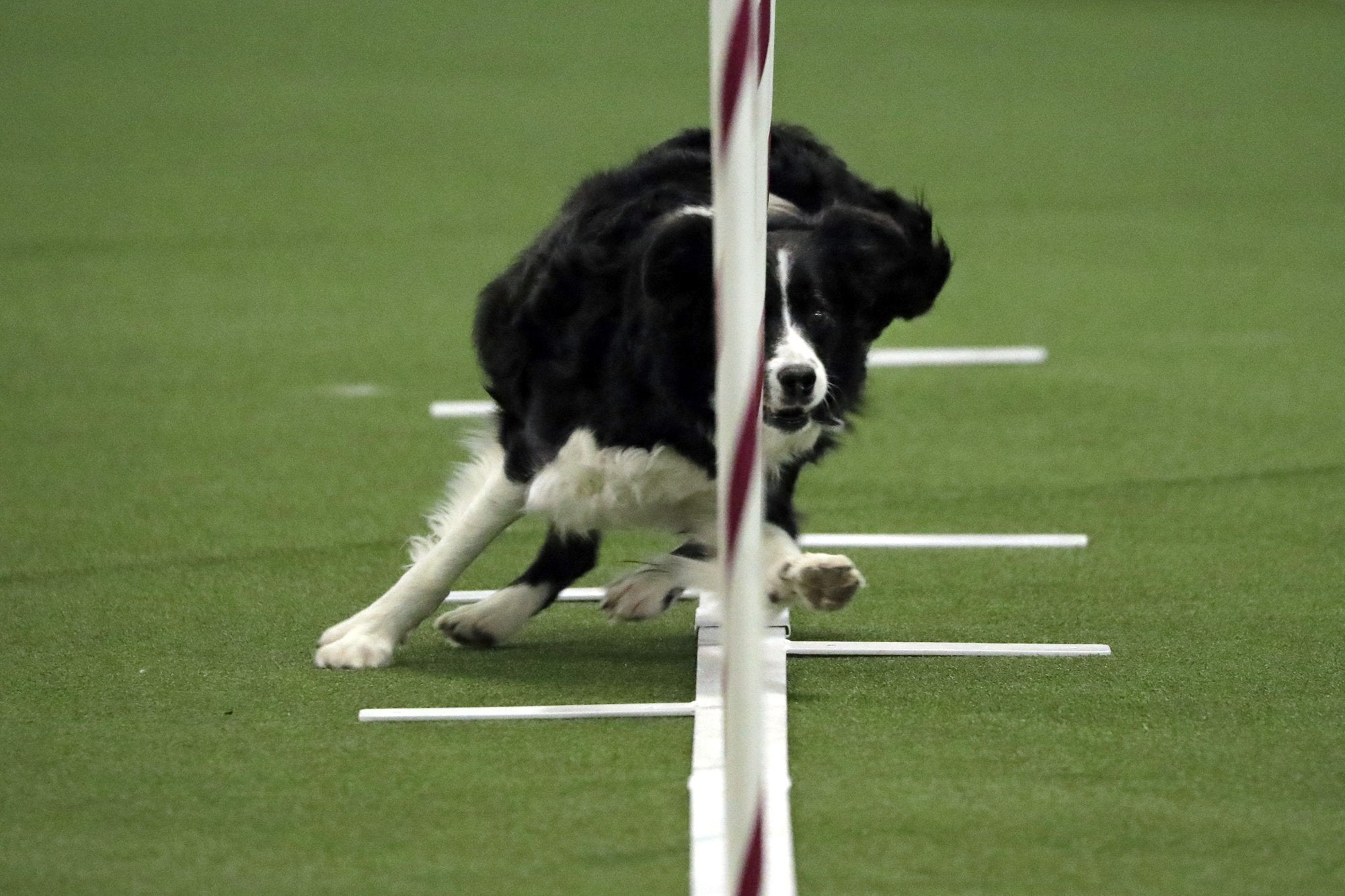 A dog called Plop got a special award for top mixed-breed. Plop is handled by Lisa Topol of New York City.

The 330 contestants were as small as a Chihuahua and as big as a 98-pound Bernese mountain dog.

The dogs navigate jumps, ramps, tunnels and other objects on a route packed with tricky turns.

So far, Border collies and Australian shepherds have won the annual contest since it began in 2014. Participants say the sport builds a special bond between dogs and owners.