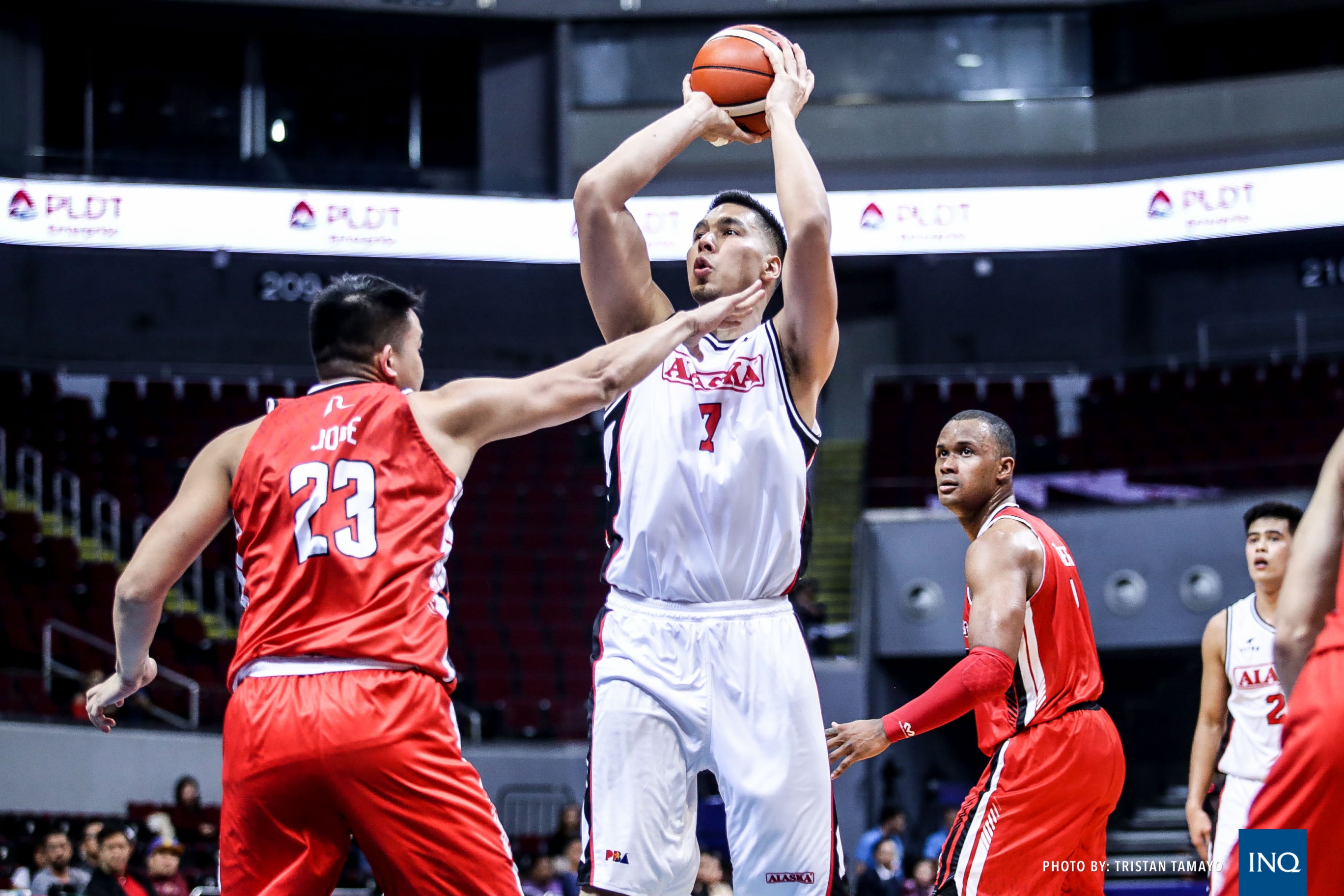 MANILA, Philippines—Alaska slowly got its groove back after holding off Blackwater, 103-101, for its second straight win in the PBA Philippine Cup Wednesday at Mall of Asia Arena.

The Aces improved to a 2-1 record for sixth place in the standings in a game that nearly got out of their hands.

Sonny Thoss capped off an 11-3 Alaska run with jumper for a 90-82 lead with 6:40 left but Blackwater was quick to launch a counter attack.

The Aces, though, buckled down and scored on back-to-back baskets to take a 103-100 lead with 34.3 seconds left to play after Thoss’ free-throw line jumper.

“Sonny Thoss won the game and that was so nice for us,” said Alaska head coach Alex Compton. “He played the right way and his level of activity tonight was tremendous.”

“I thought the guys did a tremendous job considering all of the stuff that was going on.”

Alaska has been plagued with injuries since the start of the season with JVee Casio, Vic Manuel, Simon Enciso, Kevin Racal, and GBoy Babilonia all out.

Carl Bryan Cruz and Jeron Teng led the Aces’ offense with 18 points apiece but it was Chris Banchero, who orchestrated the tempo with 11 points and 16 assists.

Ping Exciminiano also finished in double-digits with 14 points with nine rebounds while Thoss had 16 points and five boards.

Maliksi had a game-high 25 points with five rebounds to lead the 1-6 Elite who dropped their fourth straight game.