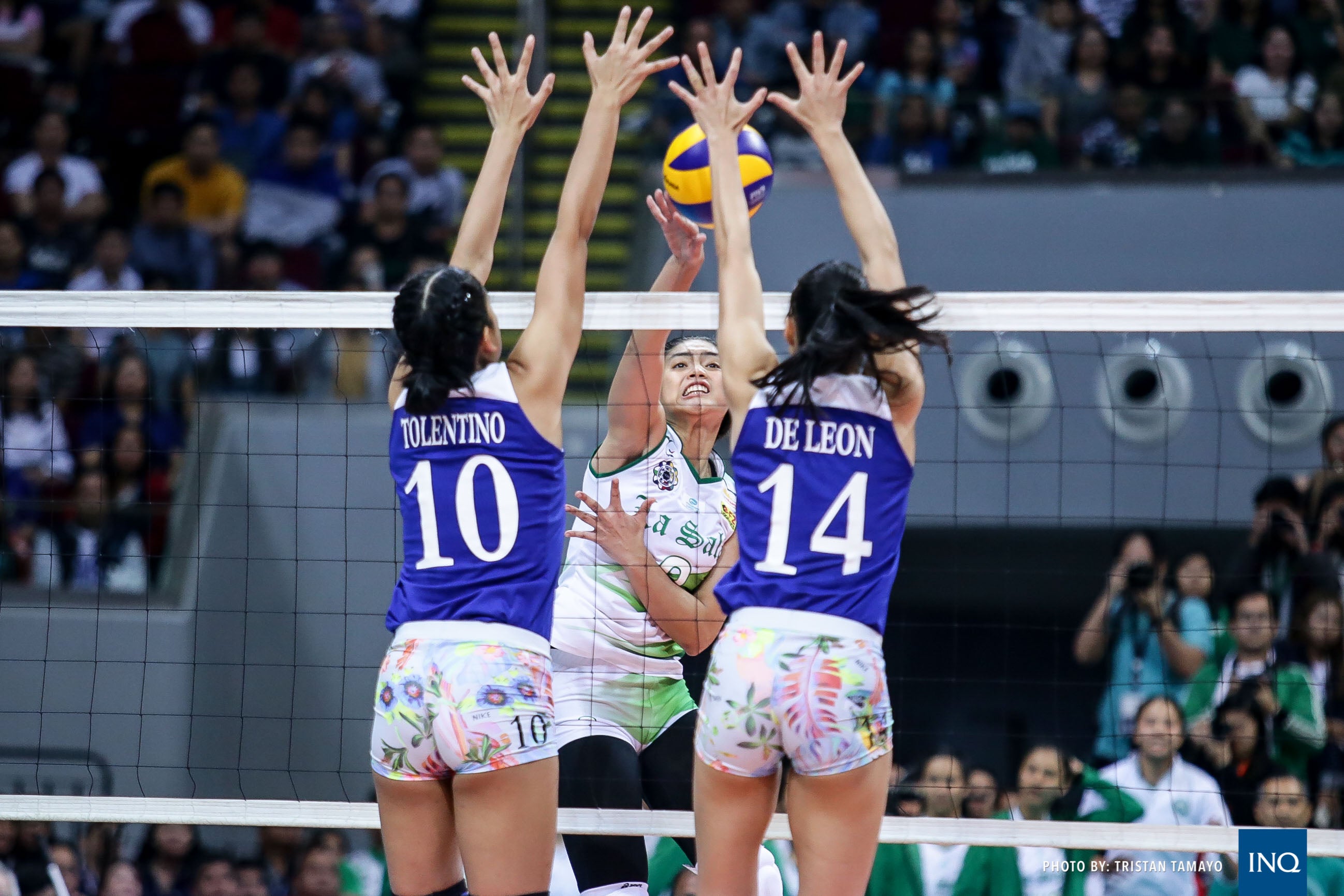 MANILA, Philippines—It’s not often that a rookie gets to be part of De La Salle’s stacked starting lineup.

Jolina dela Cruz did on Sunday as she cracked the first six, filling the spot vacated by the ever-reliable opposite hitter Kim Kianna Dy.

And in her debut for the defending champions, dela Cruz proved why she deserved to be a starter as she racked up 11 points to help La Salle top its fiercest rival Ateneo to kick off its title defense in the UAAP Season 81 women’s volleyball tournament.

“It’s a privilege to be part of the first six. At first, I wasn’t expecting to be in it knowing how hard  La Salle trains. Training is super hard,” dela Cruz said in Filipino.

And that faith is something dela Cruz promises to repay in her stay with the Lady Spikers.

“It feels good because coach put me in the first six and that means he trusts me. I just need to prove to myself that I deserved it and that I’m not just any rookie.”

Dela Cruz, who also saw action during the Asian School Games in Singapore in 2017, although admitting to losing her focus in some parts of the game, certainly lived up to that promise in just her first game in the UAAP and helped seniors Desiree Cheng and May Luna.

“I really need to be confident in everything that I do. I feel like I get caught in the moment too much and they remind me to snap out of it.”

“As a rookie, I see that her performance is only 60 percent of what she can do and I expected that because everything is new to her like the huge crowd and the noise,” de Jesus said.