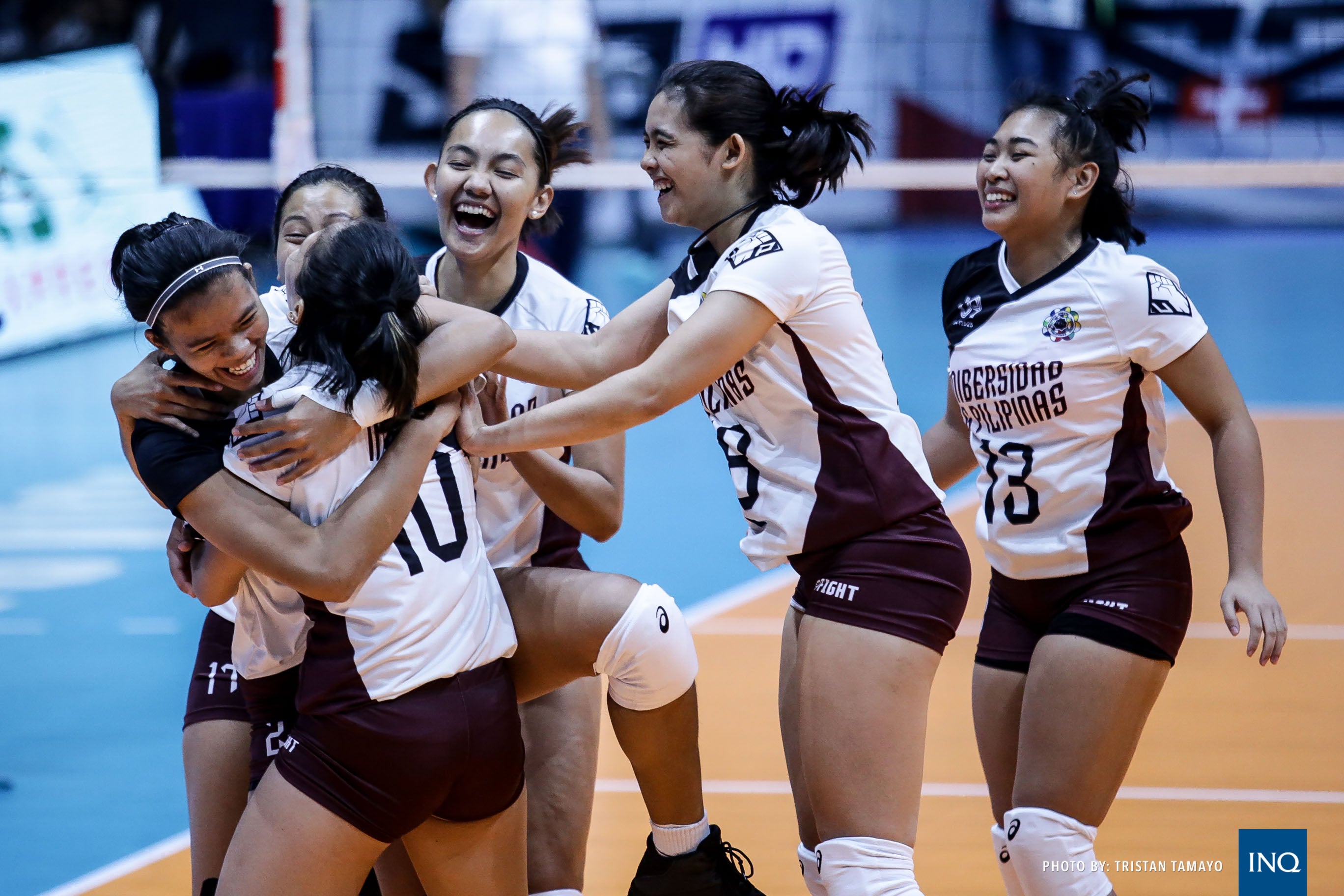 MANILA, Philippines—University of the Philippines ended a five-year curse after upending Far Eastern University for the first time in five years, 25-18, 20-25, 25-22, 25-20, in the UAAP Season 81 women’s volleyball tournament.

The last time the Lady Maroons won against the Lady Tamaraws was on Feb. 9, 2014 when Kathy Bersola, Nicole Tiamzon, and Pia Gaiser were still on the team.

This win, though, didn’t come easy for the Lady Maroons who had to withhold a desperate FEU rally in the final moments of the match with the Lady Tamaraws pouring everything they can to cut UP’s lead.

UP held a 24-16 lead needing just one more point to finish the Lady Tamaraws off but a FEU put on a spirited effort to get to as close as four points, 24-20, after back-to-back points by Celine Domingo.

Fortunately for the Lady Maroons Isa Molde was there to ultimately end things scoring off the Lady Tamaraws’ defense.

“The name says ‘Fighting Maroons’ and we are fighting,” said UP head coach Godfrey Okumu. “I want to assure you all that the players are really fighting hard because every team is fighting to win.”

“Life is a game of chance and we’re trying to push harder, if you’re fast we’re going to be faster. That’s the only way out.”