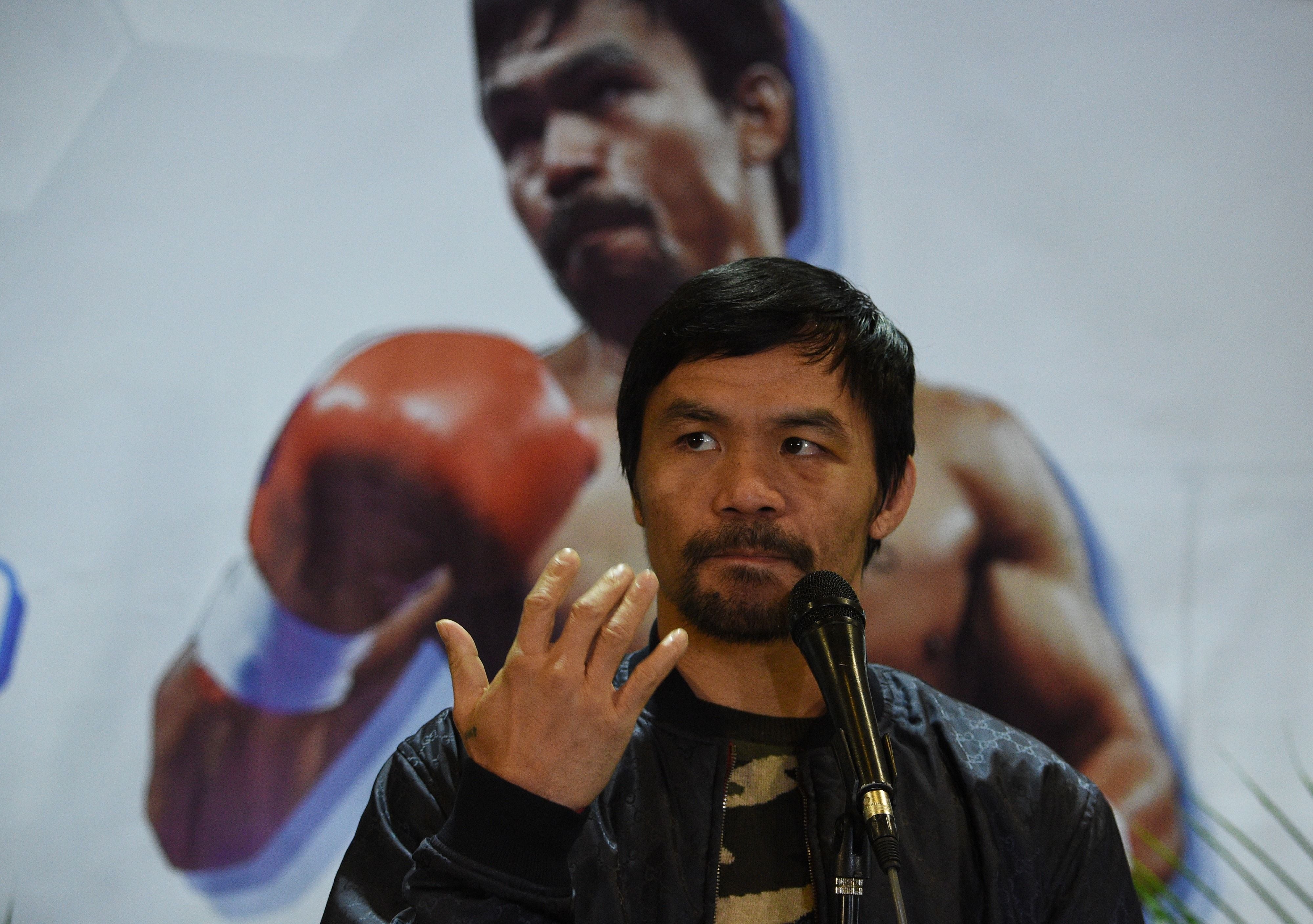 The number of potential opponents for Manny Pacquiao continues to dwindle. —AFP

If Manny Pacquiao and his wife Jinkee would have their way, their eldest son Jimuel won’t try boxing.

Jimuel, however, is keen on pursuing a career in boxing and a video of him sparring that made rounds on social media just shows how serious he is to follow in his father’s footsteps.

The eight-division champion had a lot to say when asked about Jimuel’s potential career in boxing.

“We don’t like it. We’re discouraging him,” Manny told ANC’s Headstart in Filipino. “You won’t see any boxing gloves or boxing equipment in our house just a basketball court.”

The WBA welterweight champion also said he dabbled into boxing as a teenager out of necessity as a means to help his family overcome poverty while Jimuel’s case is very much different.

“I told him that your daddy boxed due to poverty. I became a boxer because of poverty and to support our family,” he said.

The 18-year-old Jimuel, though, is eager to continue doing what he loves.

“He (Jimuel) told me, ‘Daddy, like you, boxing is my passion also,  I want to be the representative of this country as an athlete.”