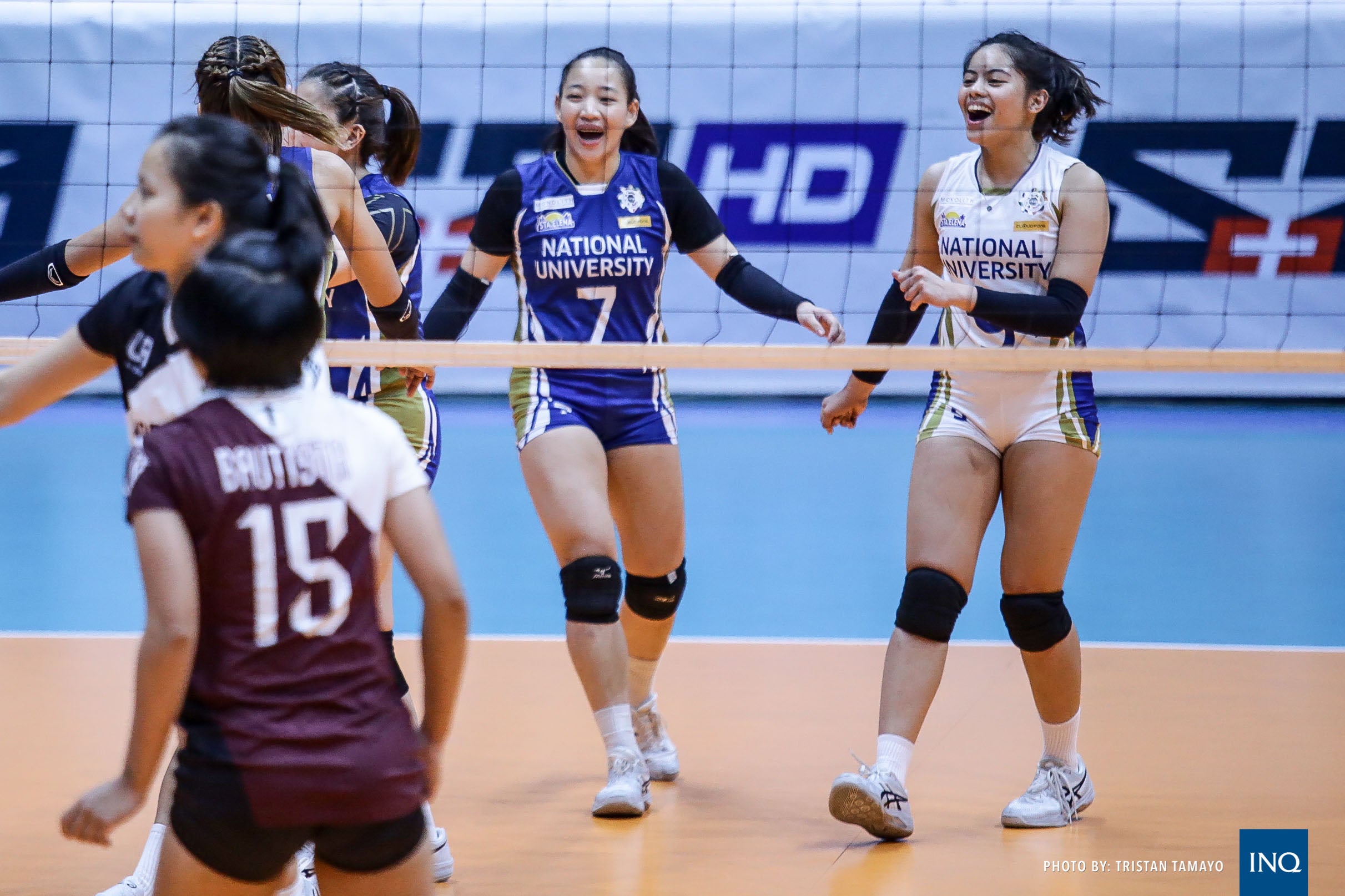 MANILA, Philippines—The National University Lady Bulldogs had a simple message to the rest of the league—they’re more than just rookies.

The Lady Bulldogs have six rookies in their roster but those youngsters are as proven as anyone in the league with five of them having steered Nazareth School of NU to four straight UAAP high school titles.

“You just can’t discount them as rookies,” said head coach Norman Miguel in Filipino. “These girls won four straight titles in high school so even though they’re rookies they already have the character to help the team.”

And of the five rookies in NU’s lineup, including injured setter Joyme Cagande, one young lady stood out in libero Jennifer Nierva.

NU’s defensive ace was an immovable force on the ground tallying 26 excellent digs and 29 successful receptions—three more than what UP as a whole had.

Nierva was also unflappable when she described how the NU engine works, showing a confidence ahead of her years.

“I think we want to show that we want to prove something that each and every one of us really wants to win,” said Nierva in Filipino. “We’re not complete right now but we want to achieve something.”

“We won’t ever say that our team is a pushover, no. We use the negativity as our motivation,” Nierva added.

And while Nierva took care of the team’s defense, Princess Robles and Ivy Lacsina handled the offense.

Robles and Lacsina, both rookies, had 17 and 16 points, respectively for the Lady Bulldogs who improved to 2-4 for the no.6 spot in the standings.

“We played without any doubts,” said Roble. “We really wanted to win earlier.”

“We showed our fight and that we can win our fights,” said Lacsina. “No one in our team doubted herself because everyone pushes each other to be better. Your teammate and the coaches will always push you.”