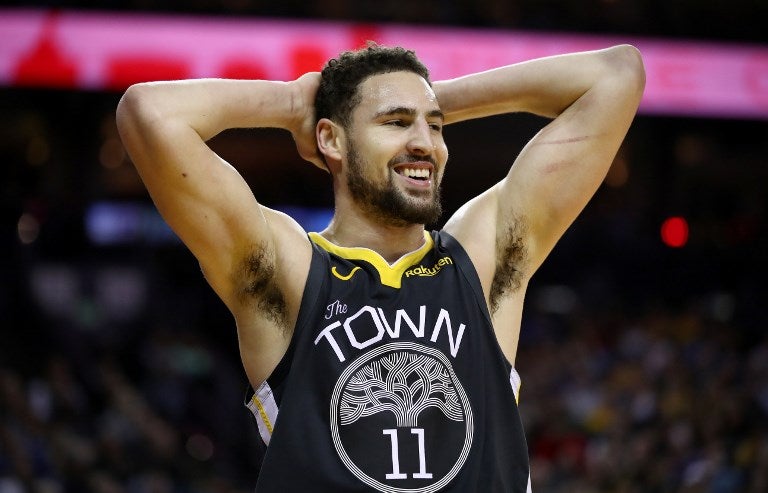 FILE – Klay Thompson #11 of the Golden State Warriors reacts after he was called for a foul against the New Orleans Pelicans at ORACLE Arena on January 16, 2019 in Oakland, California. Ezra Shaw/Getty Images/AFP

Golden State Warriors guard Klay Thompson apologized Wednesday to fans of the reigning NBA champions after ripping supporters for a lack of energy in a home loss to struggling Phoenix.

With a 115-111 defeat Sunday at Oakland, the Warriors fell to 24-10 this season at Oracle Arena in their final campaign at the venue before moving to a new San Francisco arena in September.

“I expect our crowd to be little more into it,” Thompson said after the loss. “I know it’s not the playoffs, but it is our last go-around at Oracle.

“Least you can stand up or something when we make a good play, especially in the beginning. We need that energy, especially this time of the year. It’s hard to conjure up energy every single night ’cause you’re looking forward to the playoffs.”

I love DubNation. We have the greatest fan base in sports. We feed greatly off their energy in Oracle and I meant no disrespect. #timetogotowork #roadwarriors

That drew criticism from fans and the 3-point sharpshooter turned to Twitter on Wednesday to try and ease hurt feelings.

“I love DubNation. We have the greatest fan base in sports,” Thompson tweeted. “We feed greatly off their energy in Oracle and I meant no disrespect.”

The Warriors (45-21) lead Denver by one game atop the Western Conference as they bid for a fifth consecutive trip to the NBA Finals and seek their fourth crown in five seasons.