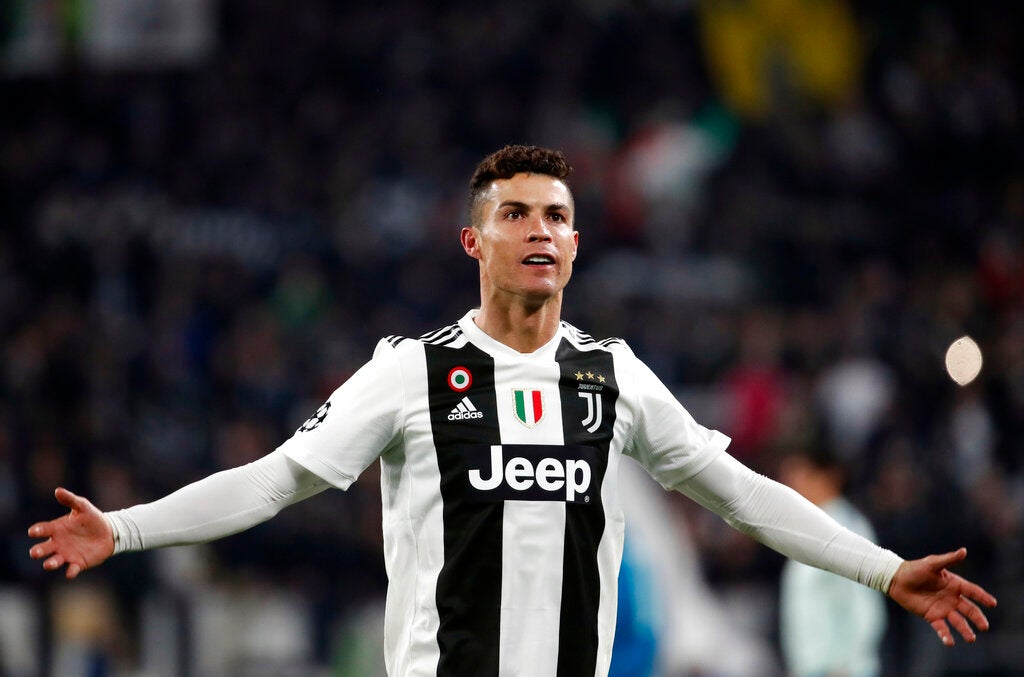 Juventus’ Cristiano Ronaldo celebrates at the end of the Champions League round of 16, 2nd leg, soccer match between Juventus and Atletico Madrid at the Allianz stadium in Turin, Italy, Tuesday, March 12, 2019. Ronaldo scored the three goals in Juventus 3-0 win.(AP Photo/Antonio Calanni)

LISBON, Portugal— Cristiano Ronaldo is back on Portugal’s national soccer team for the first time since the World Cup.

Ronaldo was included in coach Fernando Santos’ list Friday for upcoming matches against Ukraine and Serbia, its first qualifiers for the European Championship.

They will be the 34-year-old Ronaldo’s first games for his country since the World Cup in June, and since he was accused of rape in the United States. He has denied any wrongdoing.

Portugal will play Ukraine on March 22 and Serbia on March 25 in Lisbon.

Ronaldo is Europe’s leading international scorer with 85 goals for Portugal. He is also Portugal’s most experienced player with 154 appearances.

Ronaldo’s last game for Portugal was a 2-1 loss to Uruguay in the last 16 of the World Cup. Without him, Portugal had three wins and three draws and reached the final phase of the UEFA Nations League, which will be held in June in Portugal.

Since his last appearance for Portugal, Ronaldo has moved from Real Madrid to Juventus. He scored a hat trick to help Juventus reach the Champions League quarterfinals with a 3-0 win over Atletico Madrid on Tuesday.

Portugal won the 2016 European Championship despite Ronaldo getting injured during the final against France.