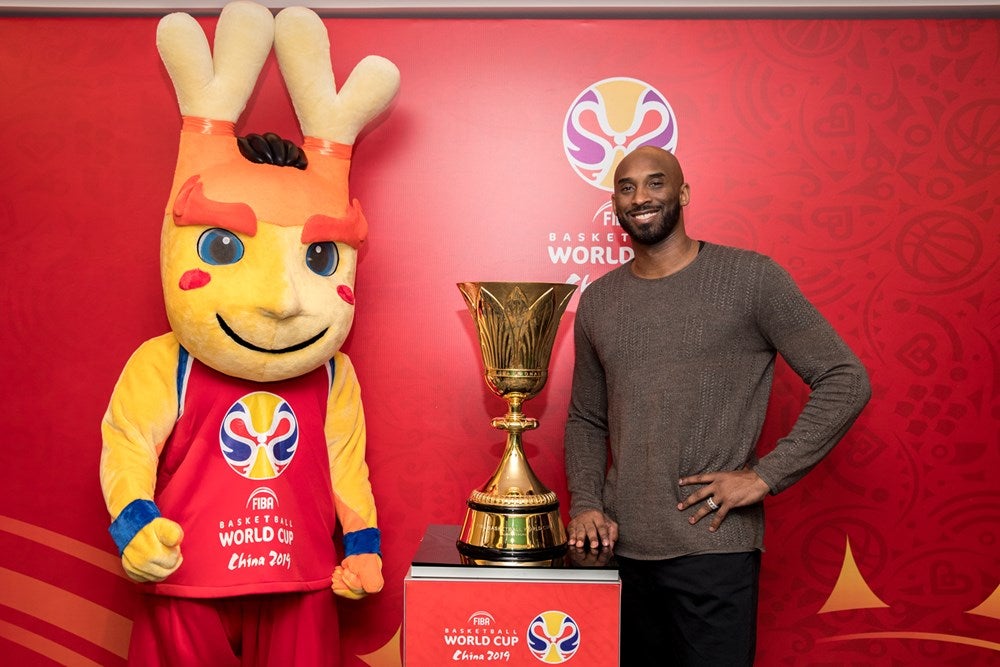 It’s been three years since Kobe Bryant lit up Hollywood with a 60-piece in his final NBA game yet he remains to be one of the most popular athletes today and perhaps, ever.

Not buying it? Tell than to the one billion strong Chinese population.

Bryant was in Shenzhen, China for the three-day celebration of the Fiba World Cup capped by the 2019 Fiba World Cup draw and the Los Angeles Lakers legend was at front and center of it all.

It's @kobebryant with the #FIBAWC 🏆!

The five-time NBA champion and two-time Olympic gold medalist, who is the global ambassador for the 2019 Fiba World Cup, stole the show during the draw attended by top basketball officials around the world.

Chants of “Kobe” even broke out at Shenzhen Cultural Center as Bryant was introduced. He facilitated the draw which determined the brackets of 32 qualified nations.

READ: Team USA among No. 1 seeds for FIBA World Cup in China

Bryant’s Team USA will defend its crown when the 2019 Fiba World Cup tips off on August 31.

USA is in Group E with Turkey, Czech Republic, and Japan.

The Philippines was drawn in Group D with Angola, Italy, and Serbia.