Back on track, Lady Maroons breathe sigh of relief ahead of 2nd round | Inquirer Sports

Back on track, Lady Maroons breathe sigh of relief ahead of 2nd round 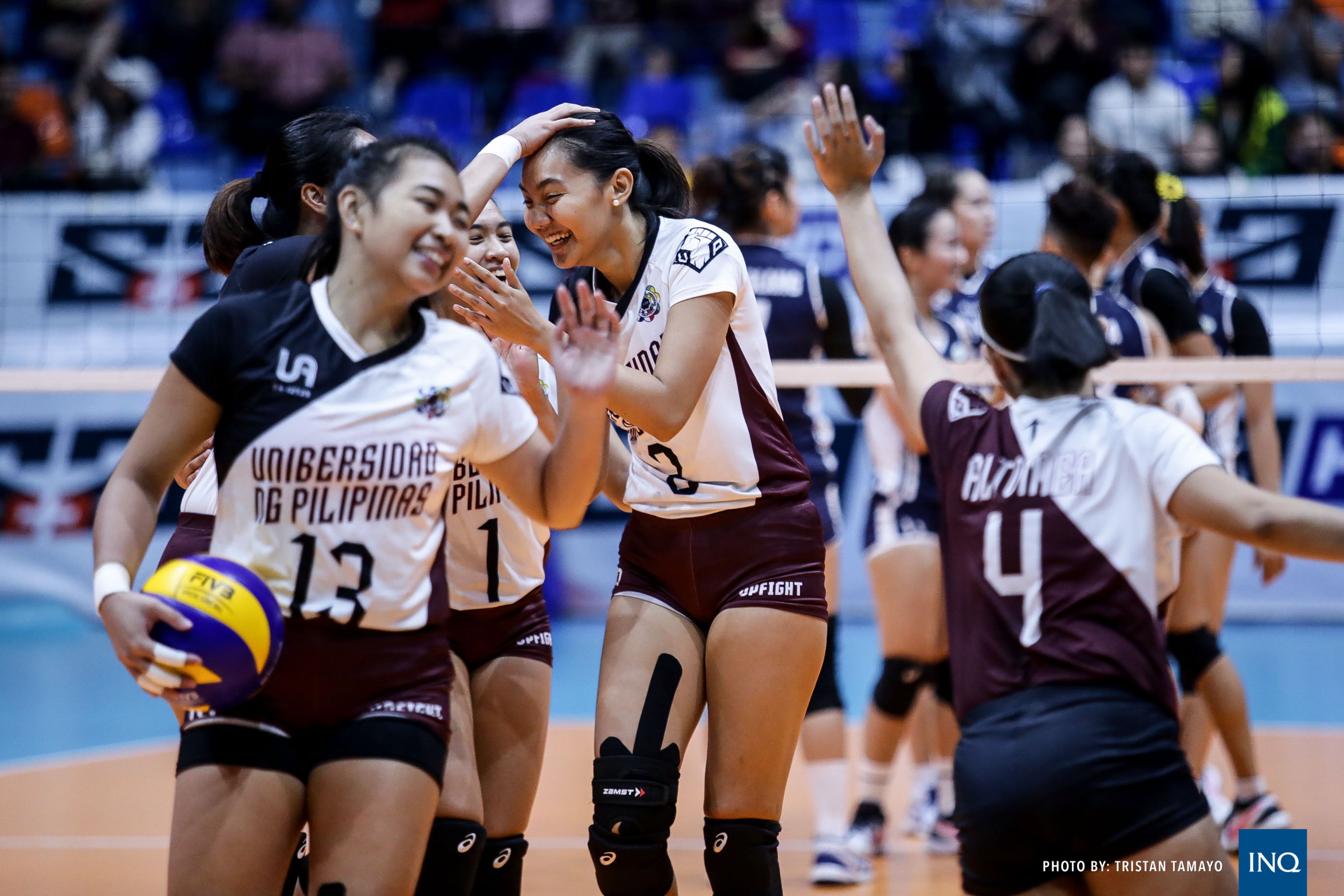 MANILA, Philippines—University of the Philippines was touted as one of the best teams even before the start of the UAAP Season 81 women’s volleyball tournament began.

The Lady Maroons won the collegiate conferences of the Philippine Superliga and Premier Volleyball League during the offseason and were poised to put on a strong showing in the UAAP.

But the hype dwindled after the Lady Maroons dropped two straight games to Ateneo and National University.

“It’s really a big thing especially since many of us are seniors,” said fifth-year setter Ayel Estrañero Sunday at Filoil Flying V Centre in San Juan. “So much is expected from us and we can’t just say that there’s much pressure, we really have to push each other to play well.”

In terms of talent and seniority, UP is one of the top teams in the league with Estrañero, who’s long considered as one of the finest playmakers in the league, orchestrating an offense that includes Diana Carlos, Season 78 Rookie of the Year Isa Molde, Justine Dorog, and Maristela Layug all of whom are in their fourth year.

The Lady Maroons, however, have been inconsistent this season going 4-3 in the first round and settling for a share of the fourth place with last year’s runner-up Far Eastern University.

Carlos, who had 14 points against the Lady Falcons, said their win at the end of the first round was confidence-booster for them as they head into the second round.

“It’s incredibly relieving especially for Ayel and I who are co-captains with Isa,” said Carlos in Filipino. “We felt that we couldn’t lead our team that well so the win really boosted our confidence.”

Estrañero, who had 28 excellent sets against Adamson, added that they knew breaking their slump wouldn’t wasn’t just playing well on the floor but also enjoying the game that they love.

“Today, it was evident that we played together and we really enjoyed the game,” said Estrañero. “Those are really big factors for us to win more games in the second round.”