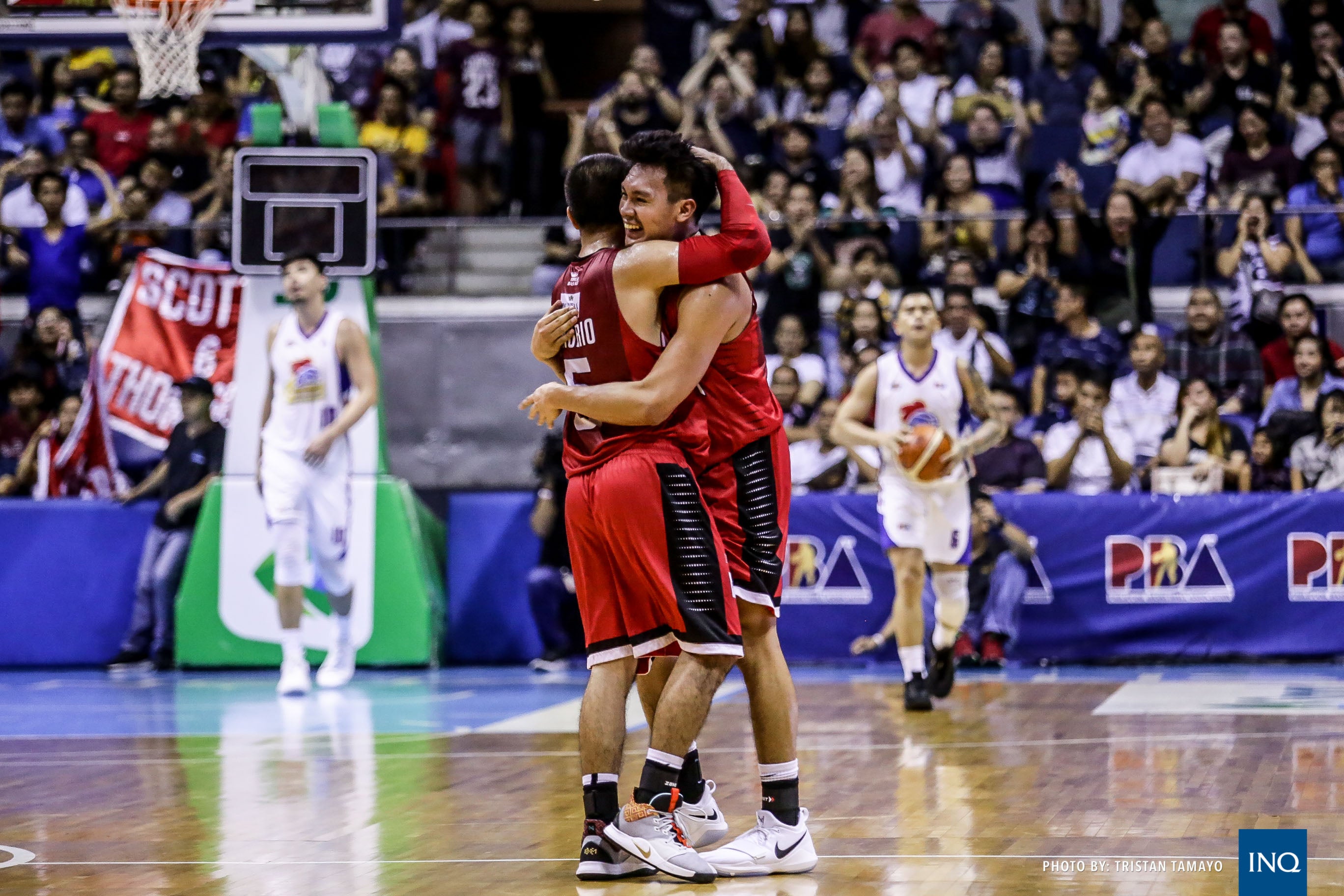 Barangay Ginebra held off fierce rival Magnolia in overtime, 97-93, to close in on a quarterfinals slot in the 2019 PBA Philippine Cup Sunday night at Smart Araneta Coliseum.

The Gin Kings made key defensive plays down the stretch to clinch their fifth win in eight games and stay in fifth place.

Scottie Thompson pumped in a career-high 27 points, including a back-breaking triple that gave Ginebra a 94-90 cushion with 1:56 left. He also had 11 rebounds and five assists.

“Scottie was just spectacular. He was having a big night,” said Ginebra head coach Tim Cone.

Japeth Aguilar also finished with a double-double with 16 points and 12 rebounds while LA Tenorio collected 10 points, five rebounds and eight assists on a night where he set the league record for the most number of consecutive games played with 597.

“We wanted to make it a memorable night for LA with a win,” Cone said.

Aguilar extended his team’s lead to six after stealing an inbound pass and finishing a dunk on the other end off an assist by Thompson with 1:42 remaining. He then, blocked Ian Sangalang’s attempt the next play.

The Kings also spoiled the late-game heroics of Jio Jalalon, who forced OT with a deep 3-pointer over Aguilar with 4.2 ticks left in regulation.

Jalalon wound up with 22 points, six rebounds and three steals for the Hotshots, who fell to 3-5.