MANILA, Philippines—The first half of the UAAP Season 81 women’s volleyball tournament has come to an end.

This is the point where teams are starting to position themselves to be legitimate title contenders or just lousy pretenders.

Ateneo has so far taken pole position at the end of the first round with a 6-1 record but defending champion De La Salle and University of Santo Tomas are right behind with the two teams tied at the No. 2 spot with 5-2 records.

University of the Philippines and Far Eastern University found themselves stuck in a tough race with both teams sharing fourth place with 4-3 cards.

National University may be at a humble 2-5 for the No. 6 seed but that win-loss record won’t reflect the Lady Bulldogs’ talent and they could very well cause problems for Final Four contenders in the next round.

At the tailend of the race are University of the East and Adamson University with both teams at 1-6.

With that out of the way, here are the seven players that made the last week of the first round such a joy to watch. 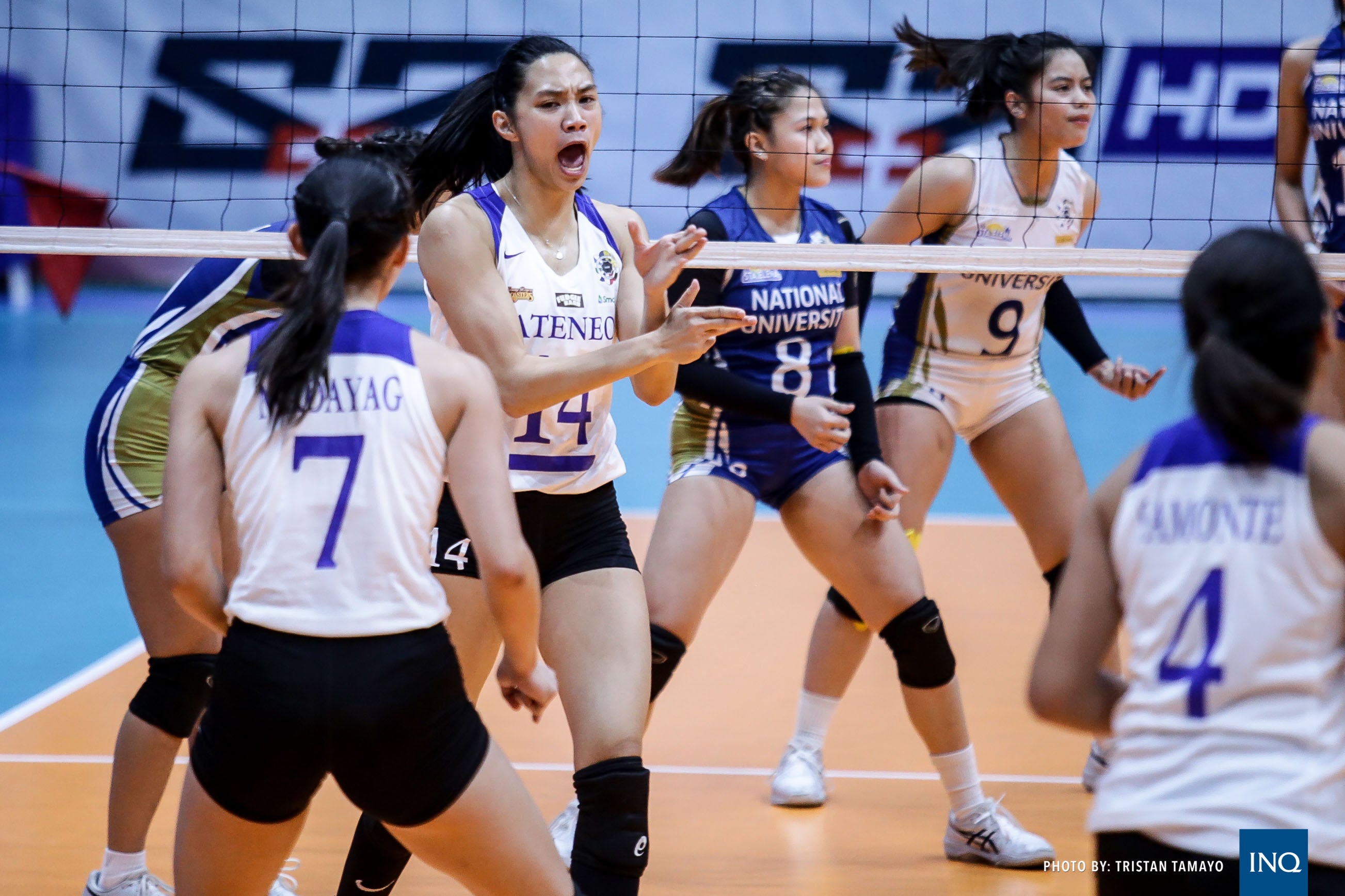 Bea De Leon was on a slump in the tournament’s first four weeks posting meager production of just six points a game in the Ateneo’s first five games, although the Lady Eagles went 4-1 in that stretch.

Week 5, though, was a different playing field for De Leon as she not only snap out of her funk, she did it in style.

De Leon had her first double-digit scoring games this week as she led Ateneo to a pair of wins to finish with a 6-1 mark at the end of the first round. Her performance also earned her the Chooks-to-Go Collegiate Press Corps UAAP Player of the Week citation.

The fifth-year Lady Eagle soared this week posting an average of 13.5 points in the two outings against NU and Adamson. There’s no denying that Cherry Rondina is the league’s most potent scorer.

Rondina and the Golden Tigresses had just one game this week and the 5-foot-6 dynamo showed just how lethal she is on the offensive end with 17 points in a straight sets win over University of the East, 25-18, 25-14, 25-20.

That production, which was well within her 17.4 average, made Rondina the league’s leading scorer at the end of the first round with a total of 122 points. 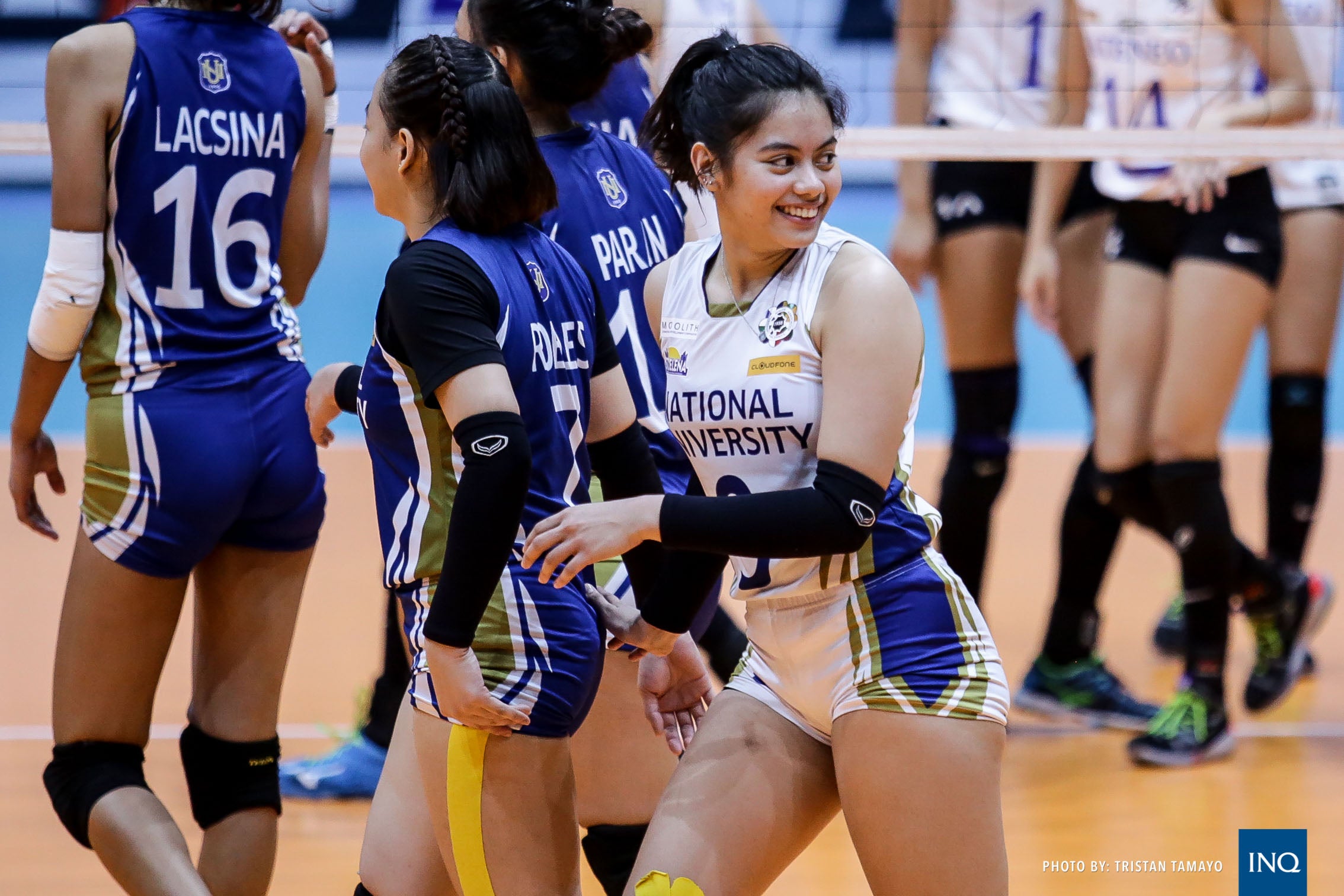 This year’s rookie class is positioning itself as arguably the best batch since 2012 saw Ara Galang and Alyssa Valdez burst into the UAAP scene.

A certain youngster in UST may be capturing the limelight with her scoring prowess but there’s one Lady Bulldog slowly making her name in the collegiate scene through her impressive defense.

The Lady Bulldogs went 1-1 this week, which was the key factor why Nierva wasn’t named Player of the Week, and a huge part of that split was the rookie libero’s near impenetrable ground game. Eya Laure had to settle for the No. 4 spot after UST played only one game this week.

Laure, though, was still impressive in her own right putting up 15 points against UE and her production created a ripple effect bigger than what she did on the match itself.

The rookie finished the first round with a total of 117 points making her the second leading scorer behind teammate Rondina.

Now talk about a golden duo. La Salle played just one game this week and Tin Tiamzon used that lone match to show that she’s still one of the Lady Spikers’ most viable options.

Despite sharing the same role as rookie Jolina Dela Cruz, Tiamzon has coexisted fairly well with her younger teammate.

The Lady Spikers had a quick affair on Saturday, taking care of FEU in straight sets, 25-15, 25-19, 26-24, and Tiamzon wasn’t only the team’s offensive leader as she was also the emotional chief.

Tiamzon took the mantle from injured captain Desiree Cheng last week and she continued being that de facto leader even when their skipper returned to the floor.

Her 13 points in La Salle’s win over the Lady Tamaraws seemed like an icing on the cake for Tiamzon’s true value within the Lady Spikers. Kat Tolentino has been the one receiving much of the praise for Ateneo’s success in the outside hitter position in the past four weeks of the tournament.

This week, though, Ponggay Gaston showed that she could also be the main factor within the Lady Eagles’ offense.

Gaston, who was overlooked for much of the season, had a solid week for the Lady Eagles averaging 13 points in Ateneo’s two wins. 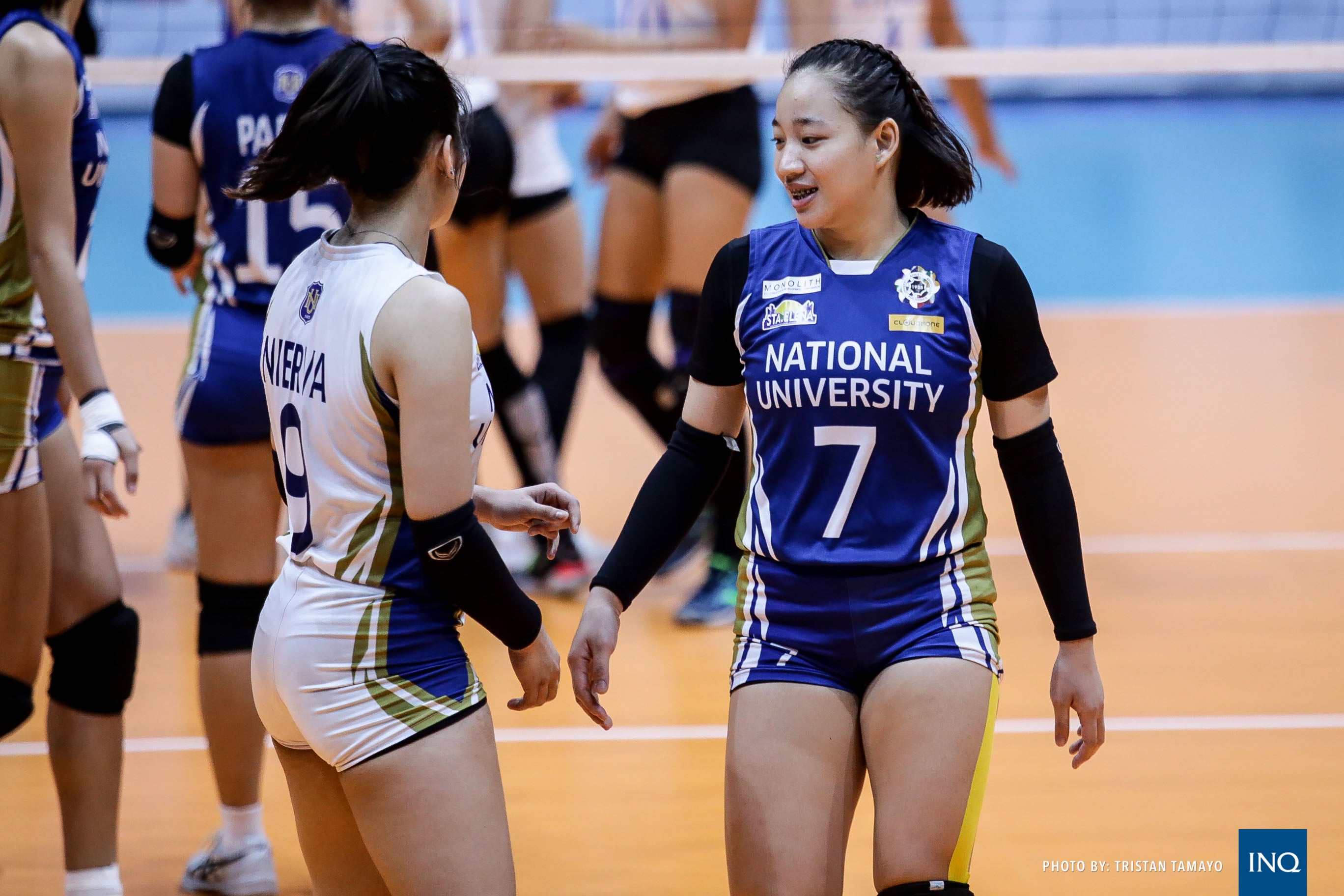 Nierva isn’t the only rookie making a splash at NU.

The Lady Bulldogs have six rookies this season, including injured setter Joyme Cagande, but this week saw two of them shine the brightest.

As Nierva anchored NU’s defense, Princess Robles was the one leading the offense.

Robles was crucial in the Lady Bulldogs’ 1-1 campaign this week as she averaged 17.5 points in those two games.

And it wasn’t just this week that Robles produced stellar numbers, she ended the first round at the No. 5 spot in the Best Scorers table with a total of 101 points.

Read Next
Jalen Green dazzles in FilAm Sports rout of AusPinoy in NBTC National Finals
EDITORS' PICK
COVID-19 cases in City of Manila are decreasing, says OCTA
Acer starts the year off strong with the Aspire Vero National Geographic Edition
The best of bayside and city living at SMDC’s Sail Residences
Gov’t rolls out COVID-19 vaccination in select pharmacies on Jan. 20 to 21
Over 3 Million worth of prizes to be won at Smart Padala’s SENDali Manalo Promo!
DOH: Too early to say COVID-19 cases are declining
MOST READ
Comelec junks petition to scrap Bongbong Marcos COC
In Batanes, octogenarian dies of COVID-19
Marcos Jr. visits Cebu, stands as ‘ninong’ to mayor’s son
When to get boosters after positive COVID test
Don't miss out on the latest news and information.