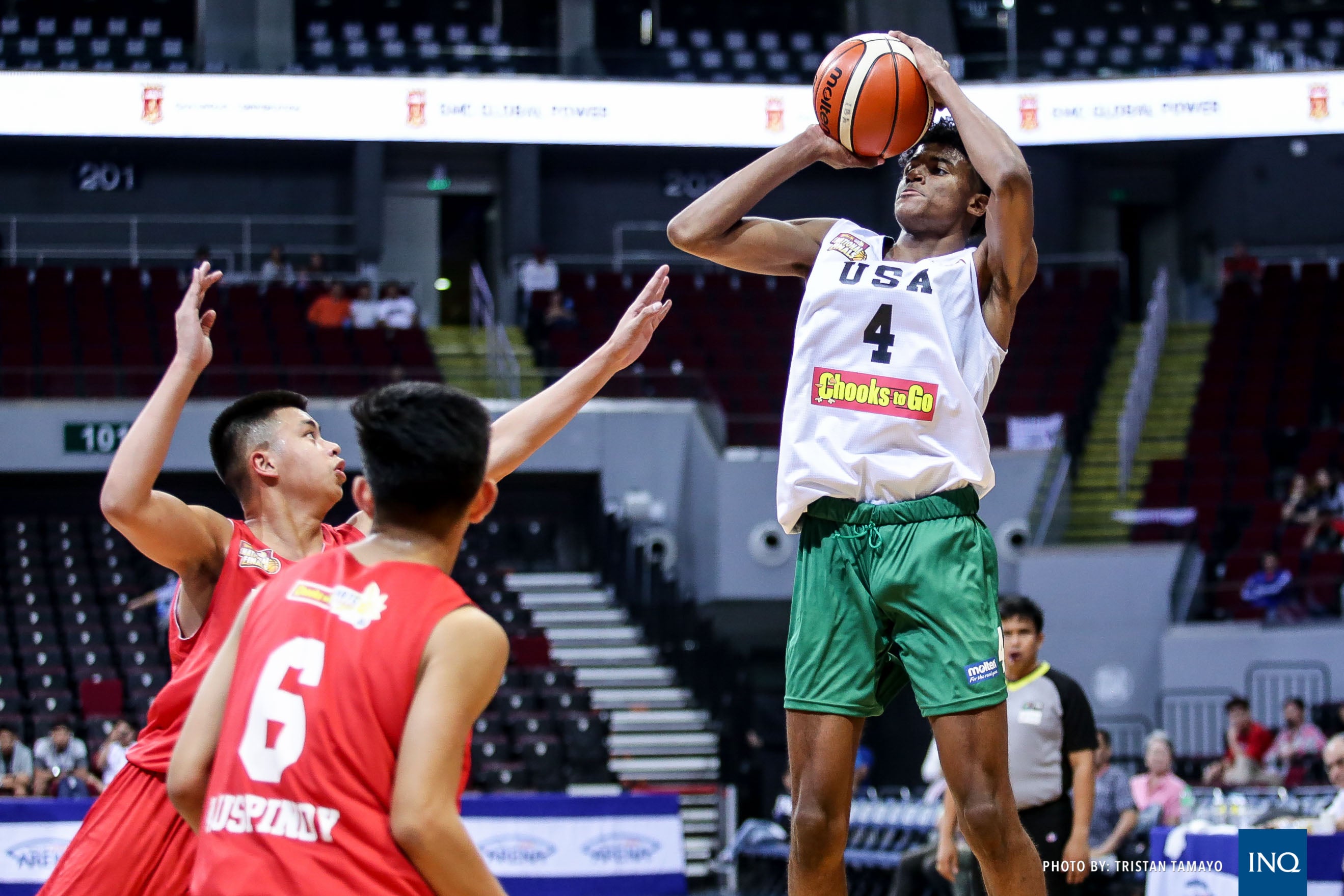 All eyes were on Jalen Green and the Fil-American star treated everyone to a spectacular show.

Green showed why he’s the top US high school prospect in the 2020 class with a dazzling display of his spellbinding athleticism in Filam Sports USA’s light work of AusPinoy Australia, 78-45, in the classification round of the Chooks-to-Go/NBTC National Finals Monday at Mall of Asia Arena.

The 6-foot-5 guard had 20 points, nine rebounds and three assists with ease.

“These kids who are coming from different states are playing together for the first time and I’m glad we won,” said FilAm Sports coach Bong Ulep in Filipino.

“There wasn’t much chemistry in the first half and it was a sloppy ball game as expected but it picked up in the second half,” he added.

It wasn’t all Green for the FilAm side as Kainoa Ballungay also showed out with 19 points, 12 rebounds and three blocks while Eli Ramos, brother of Gilas Pilipinas prospect Dwight Ramos added 14 points, five rebounds and three assists.

FilAm Sports set a date with Perpetual Jonelta Laguna in the Super 32, which tips off on Tuesday.

Hope Christian dominated from start to finish to claim a 68-59 win over Italy Proudly Pinoy and arrange a matchup with Legazpi’s Sto. Domingo NHS. Italy, on the other hand, faces Calayan Educational Foundation from Lucena.

In the night cal, Camp David of New Zealand came away with an 84-71 win over Top Flight Vancouver.

The week-long tournament from March 18 to March 24 is free of admission, with fans needing just a valid ID to enter Mall of Asia Arena.