NBTC: NU Bullpups destroy another foe, this time by 64 points 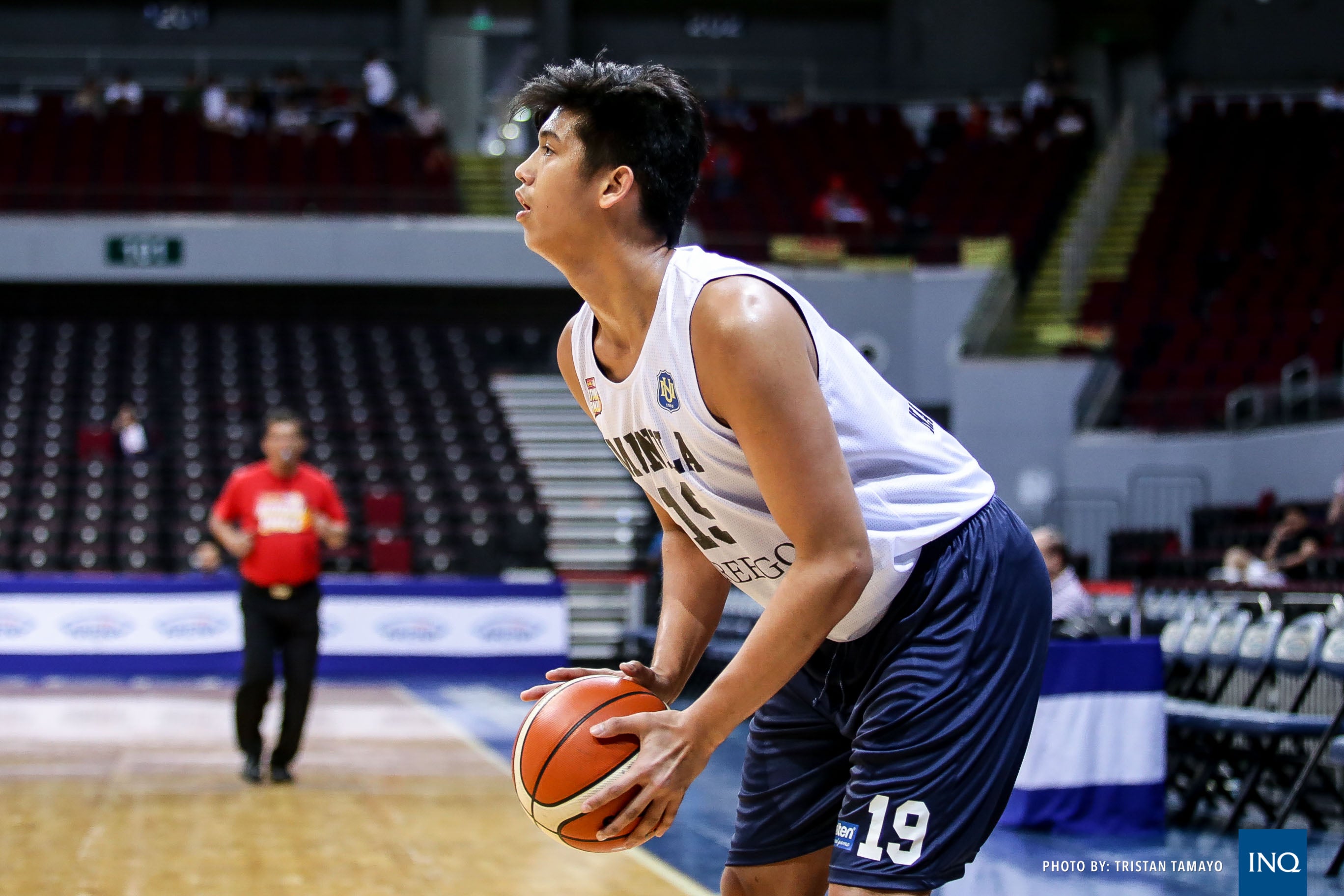 Nazareth School of National University rolled to another romp this time, ripping Calayan Educational Foundation-Lucena to shreds, 120-56, in the 2019 Chooks-to-Go NBTC League National Finals Wednesday at Mall of Asia Arena.

The Bullpups have been the most dominant team by far in the tournament after winning their first two games with an average margin of 77 points.

They opened their NBTC title defense with a 90-point thrashing of Isabela Colleges-Cauayan on Tuesday.

“We took a break for a while right after the UAAP but we’re just playing really well for the pas two games,” said NU coach Goldwin Monteverde, who steered NU to the UAAP juniors just last month, in Filipino.

Terrence Fortea continued to have the hot hand as he finished with 28 points on seven 3-pointers to lead NU’s torrid shooting.

The Bullpups, who shot 58 percent from the field and scored 28 transition points, advanced to the Fantastic 8 against Letran.

RC Calimag shone with 21 points while Inand Fornilos posted a 15-point, 10-rebound double-double for the Greenies, who return to the Round of 8 for the third year in a row.

Top Flight Hoops-Vancouver also booked a spot in the last 8 after it knocked off NBTC Cebu champion Southwestern University, 83-81.

Jerric Palma came off the bench and led all scorers with 22 points while Kit Miramor scored 19 points for Vancouver.