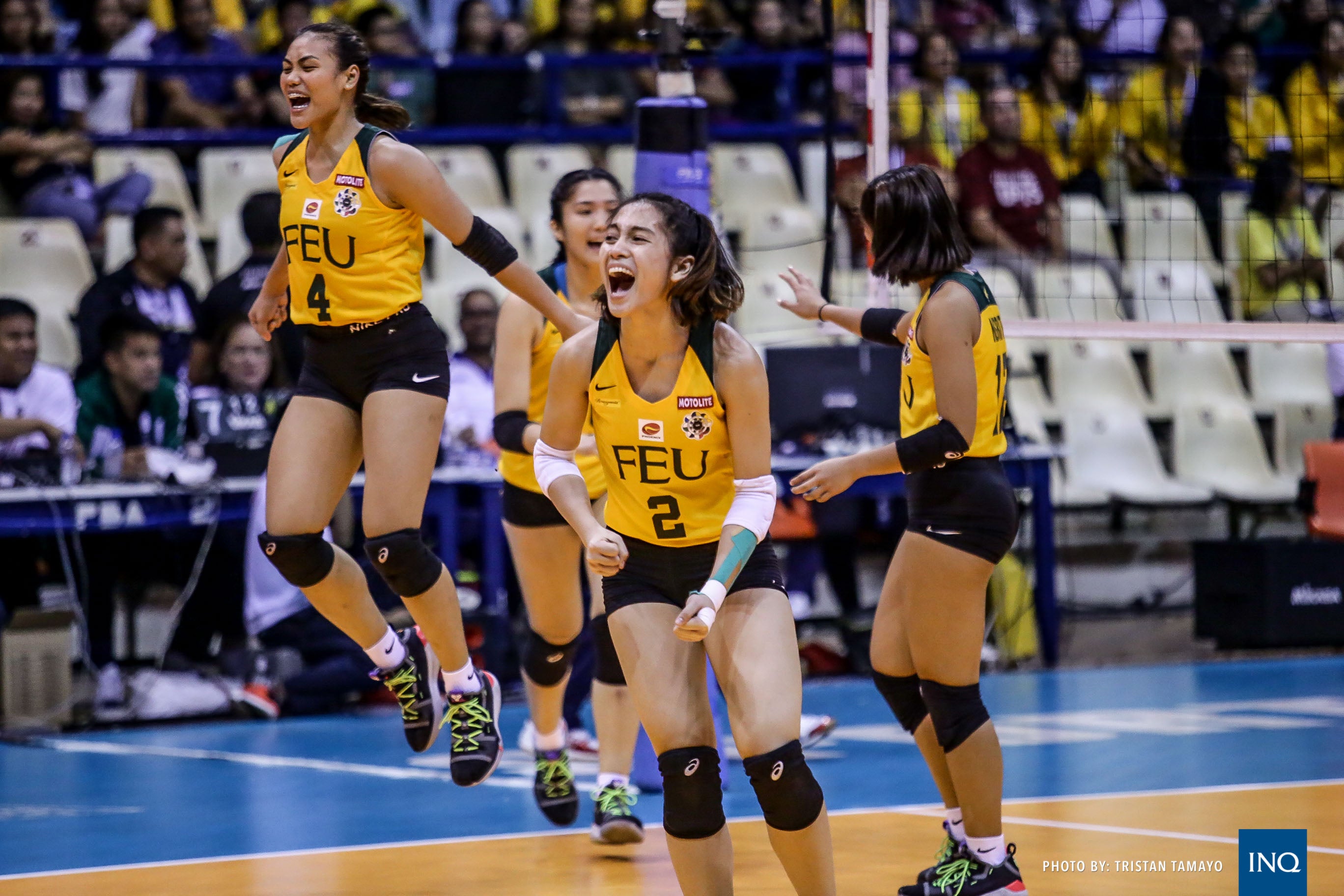 The Lady Tamaraws have now won four of their last five games and improved to a 5-3 record tying University of Santo Tomas for the third spot in the standings.

FEU played through the emotional burden of losing two of its stars to injury during the game itself with Jeanette Villareal suffering a right ankle sprain in the first set and rookie star Lycha Ebon to a right knee sprain or strain in the fifth.

Ebon managed to give FEU the 3-1 lead in the fifth but her knee found got in contact with Bernadette Flora and this led her to land awkwardly forcing her to be stretchered out of the court.

“It’s good that we won but it’s unfortunate what happened to my players,” said FEU head coach George Pascua in Filipino. “I hope that their injury isn’t that severe and I hope that they can return soon.”

With the scores tied at 13, captain Jerrili Malabanan calmly found the baseline to give FEU the 14-13 match point right before Celine Domingo punched through the finishing blow.

“I told the players if someone is down, they should play to help each other.”

Adamson dropped its fourth straight game and languished at the bottom of the standings with a 1-7 record.