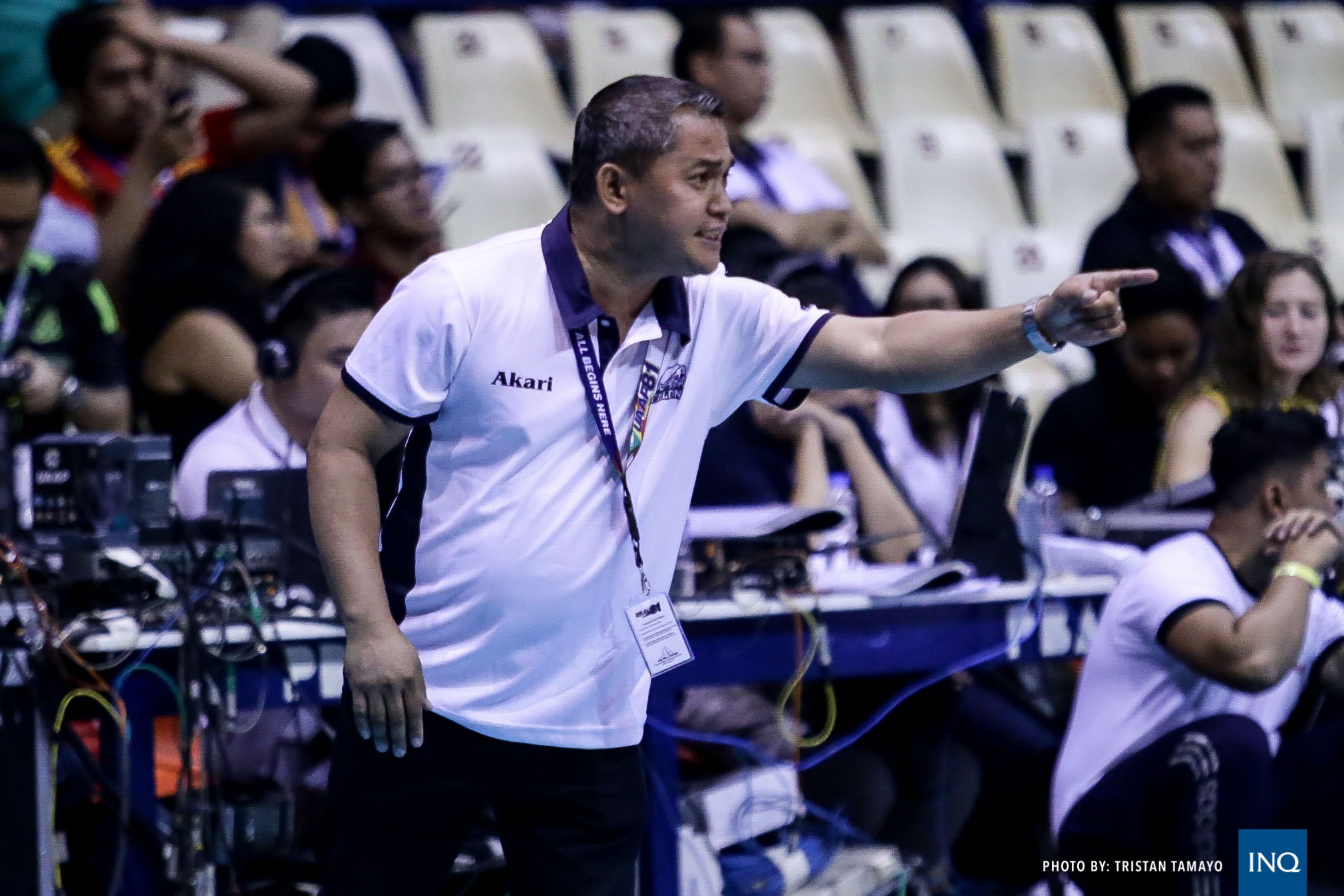 MANILA, Philippines—Adamson University sits at the bottom of the standings in the UAAP Season 81 women’s volleyball tournament but that fact doesn’t dampen the hopes head coach Onyok Getigan.

Getigan, who replaced Air Padda earlier in the season, is still hopeful that his team can still crack the top four of the standings despite its lowly 1-7 record.

“We’re still looking forward to the Final Four and I always tell the players to remain positive,” said Getigan in Filipino. “I was actually happy because we were able to get the first set because we usually lose that one.

The past three games saw the Lady Falcons drop the first set except for their game against University of the Philippines wherein they started strong but eventually lost in four sets, 25-27, 25-14, 25-12, 25-21.

Getigan said he has to be the motivator his team needs and not be the one who will start any negativity since the Lady Falcons have to win their remaining six games to at least give themselves a  shot at the No. 4 spot.

A 7-7 record could give the Lady Falcons the fourth seed but it will take more than their own effort with the University of Santo Tomas, De La Salle, University of the Philippines, and FEU all squeezed in at the No. 2 with identical 5-3 records.

“The players’ confidence will come from me, I can’t say anything negative about us right now,“ said Getigan. “ We just have to move forward, practice better, and just be hard workers on the floor. It just so happened that FEU worked harder than us earlier.”

Getigan admitted that his team was not in the best of moods after the loss to the Lady Tamaraws but he told his players to move on from the defeat and keep marching forward.

“They were really down on themselves at first but I told them that the game was over so we shouldn’t look back at it,” said Getigan. “We have to move forward and learn from our mistakes and not on the loss.”