UP ‘mentally stronger’ after 1st round losses, says Tots Carlos 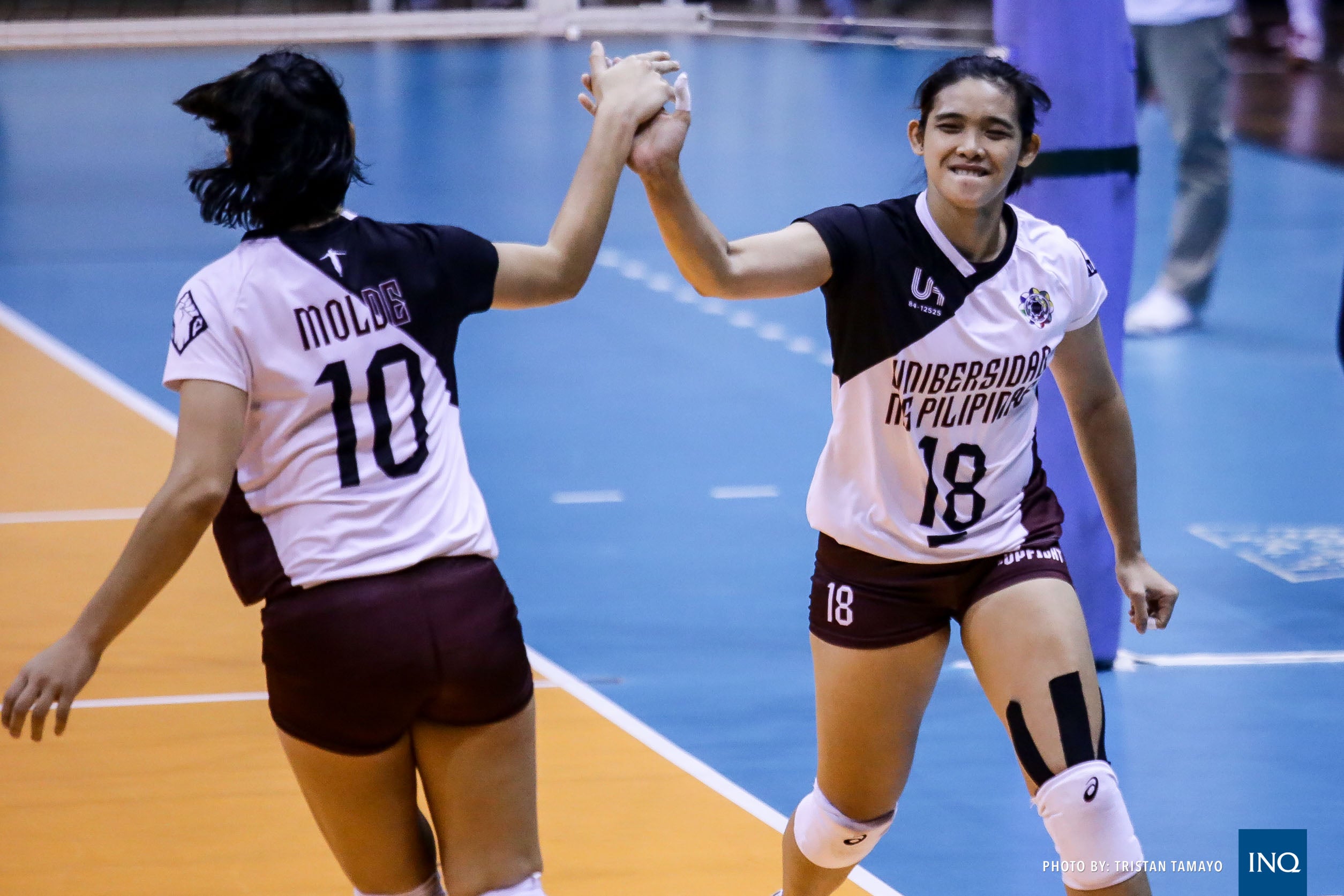 MANILA, Philippines—University of the Philippines needed a realization in the UAAP Season 81 women’s volleyball tournament and boy did it happen.

The Lady Maroons swept defending champion De La Salle, 25-16, 26-24, 25-19, Sunday at Ynares Center in Antipolo in what could be a turning point for Diana Carlos and the rest of the team.

UP suffered two straight losses at the tail end of the first round and its win over Adamson University wasn’t the most convincing of victories after the Lady Maroons dropped the first set before eventually taking the match 25-27, 25-14, 25-12, 25-21.

“We were struggling in our past games but we realized something against La Salle that we can win in straight sets,” said Carlos in Filipino.

Captain Ayel Estrañero added that UP’s losses to Ateneo and National University did them more good than bad since it made them a tougher squad mentally to go further into the season.

“I think the losses we had in the first round are the main reasons why we’re mentally strong,” said Estrañero. “We were not in our perfect mental state but it was something we learned a lot from and it also made us realize how stronger we can be if we just try to help each other and just be mentally tough inside.”

“The first round really helped us to be mentally stronger but there’s more to improve,” added Estrañero.

With the win, UP got into a quadruple tie with University of Santo Tomas, La Salle, and Far Eastern University for the No. 2 seed in the tournament with all teams holding identical 5-3 records.

Carlos said that there is no other way around it and that they just have to win if they want to get out of that logjam.

“We have to win the games if we want to get to the Final Four,” said Carlos, who had 13 points against the Lady Spikers. “I’m confident that the team is mentally strong so we just have to work on the physical aspect of the game.”