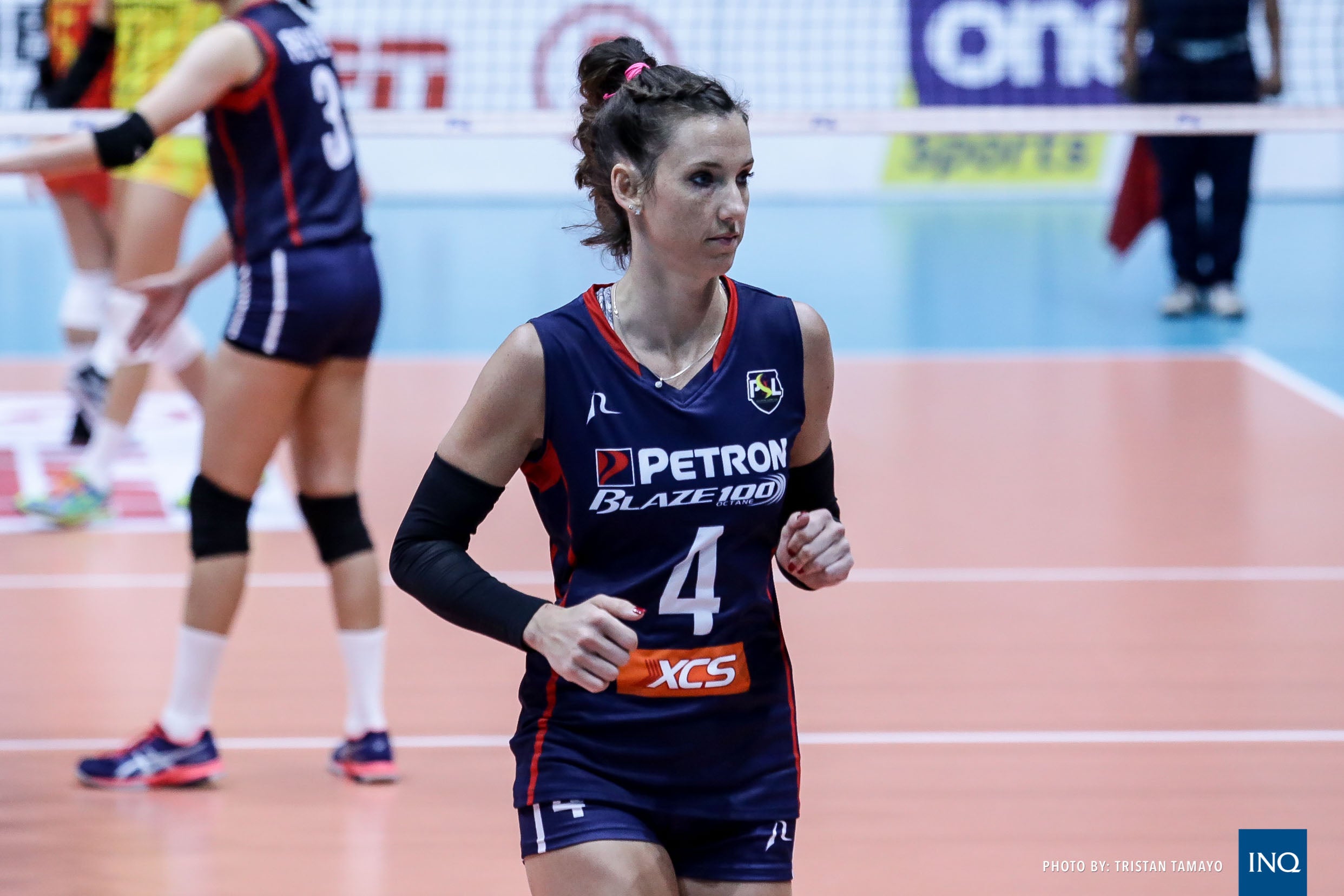 Continuing to play with so much hunger despite its lofty standing and even while ranged against a struggling foe, Petron on Thursday rolled to its 13th straight victory by thumping Sta. Lucia, 25-21, 25-12, 25-20, even as PLDT Home Fibr gained a twice-to-beat bonus in the Philippine Superliga Grand Prix playoffs at Filoil Flying V Centre.

The Blaze Spikers put their entire offensive arsenal in full display and didn’t give the enemy much of chance as they matched a winning streak they first pulled out in winning the All-Filipino title in 2015.

In dropping to 2-10 overall, Sta. Lucia showed some improvement compared to a straight sets loss in the first round where they won just a total of 44 points.

“They played stronger today, they served well and passed the ball well,” said American import Stephanie Niemer, who unloaded 23 points for the Blaze Spikers. “Overall, they gave us a good fight.”

Niemer said they refused to get carried away by their winning run even though they are just one win away from sweeping the double-round eliminations.

Petron plays United VC on Saturday to close out its elimination round schedule.

“Honestly, we take very game as any other. We don’t think that we are undefeated and just focus on the next game,” added Niemer.

It was the Power Hitters’ eighth win in 14 games and it sealed a top four finish, guaranteeing a win-once bonus in the quarterfinals.

“We needed this win because we want to avoid falling into fifth place. That would have been a tough position for us,” said PLDT head coach Roger Gorayeb.

“I told them that as much as possible, we have to win in three sets to improve our ranking. I’m glad that the players responded well.”

Grace Lazard scored 15, while Aiko Urdas added nine for the Power Hitters, who handed the UVC Spikers their sixth loss in 12 matches.

Although PLDT started slow, it managed to fight its way back with a 6-1 spurt capped by three consecutive hits from Dahlke to make it 17-18.

Lazard then delivered a booming kill to seal the win in the first frame and dictate the tempo the rest of the way.