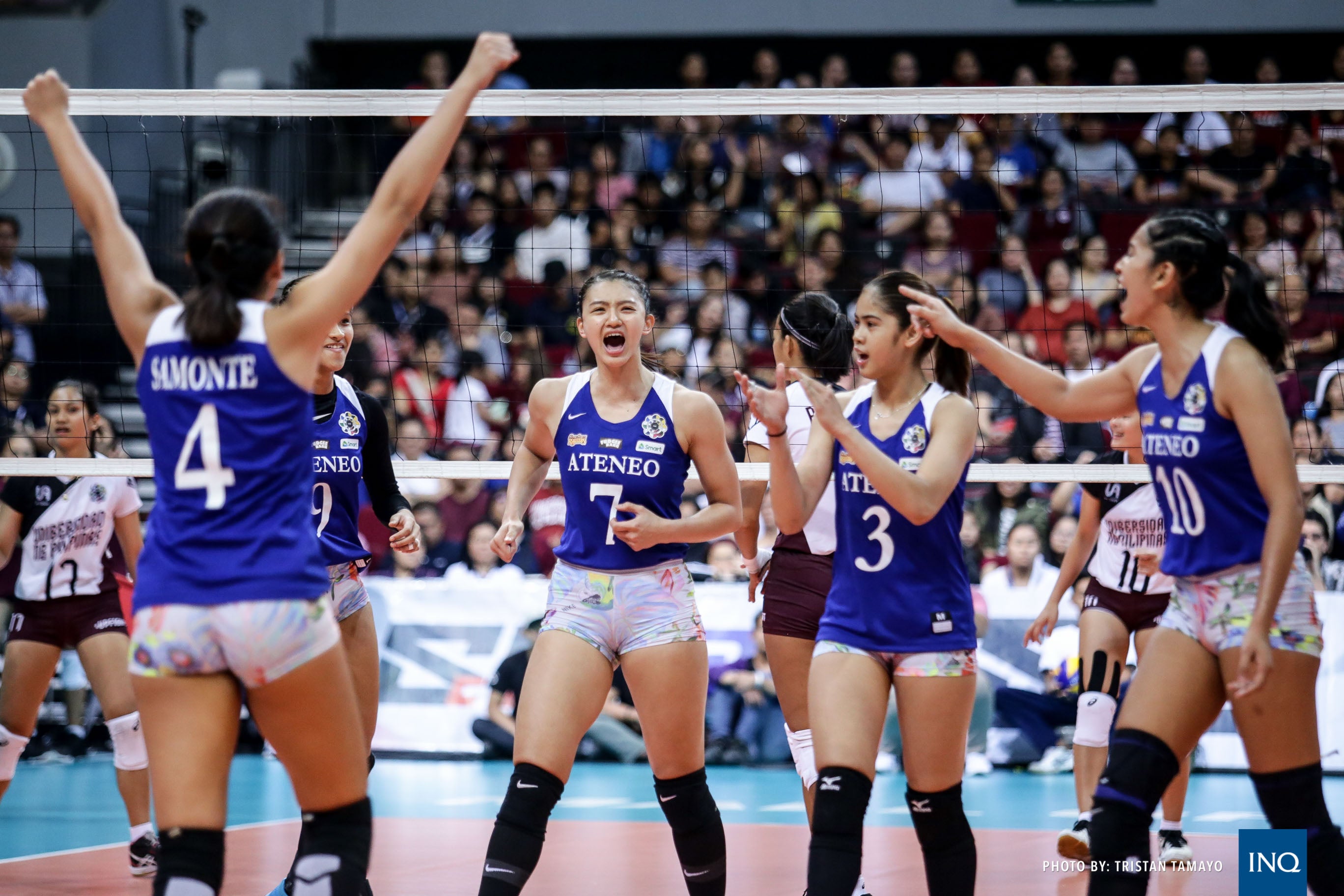 Ateneo remained an unstoppable force in the UAAP women’s volleyball tournament, crushing a depleted University of the Philippines side on Saturday at Mall of Asia Arena in Pasay for its eighth straight win that enabled the Lady Eagles to pull farther away from the pack.

The Lady Eagles continued to be untouchable after a season-opening loss, with a 25-23, 25-16, 25-23 victory over the Lady Maroons showcasing their vast arsenal against a foe that suffered a major loss in manpower early in the second set.

Top Lady Maroon Isa Molde went out with an injured left knee and ankle with the score at 4-0 in the second set in favor of the Lady Eagles after landing on teammate Mirgie Bautista.

Ace Ateneo setter Deanna Wong admitted to being scared seeing that, and after the team offered their prayers, the Lady Eagles went on with the bombardment and won pulling away.

“I really felt scared after that (Molde injury), but we had to focus on the game,” said Wong. “We gave our prayers to Isa, but we badly needed this win.”

Wong had 24 excellent sets in the rout and gave a hint that she and her teammates will not be slowing down.

“We feel the pressure. This is a big crowd. Big venue. But it’s our choice to put that pressure away,” added Wong.

The star open hitter of UP thus became the third league star to sustain an injury this season after University of Santo Tomas’ Milena Alessandrini and Far Eastern University’s Lycha Ebon.