Sigh of relief: No serious injury for UP hitter Isa Molde | Inquirer Sports

Sigh of relief: No serious injury for UP hitter Isa Molde 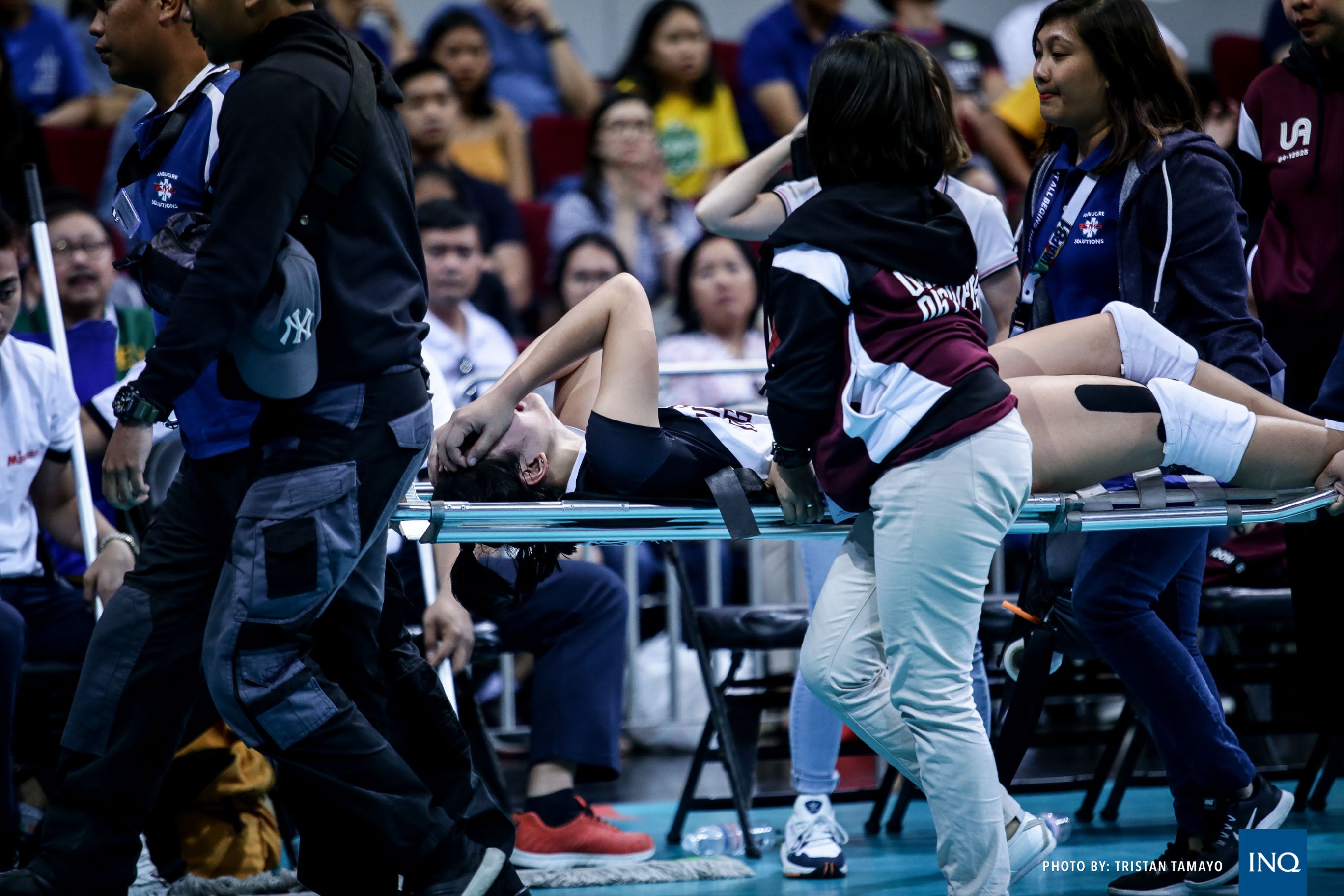 MANILA, Philippines—Isa Molde could return to the volleyball court as early as the first week of April after tests showed that she did not suffer considerable damage on her left ankle.

University of the Philippines head coach Godrey Okumu said that Molde will still have to undergo some therapy and it would up to that if she will be ultimately deemed fit to play.

“It’s just a simple ankle sprain, she will be up and around within no time,” said Okumu Sunday. “She will be ready most probably by the weekend but we cannot say [if she’ll play immediately] because it depends on her response to the therapy.”

Molde hurt her ankle early in the second set of the Lady Maroons’ game against Ateneo and was stretchered out of the floor.

Molde was then rushed to Philippine General Hospital after the game wherein she tallied four points.