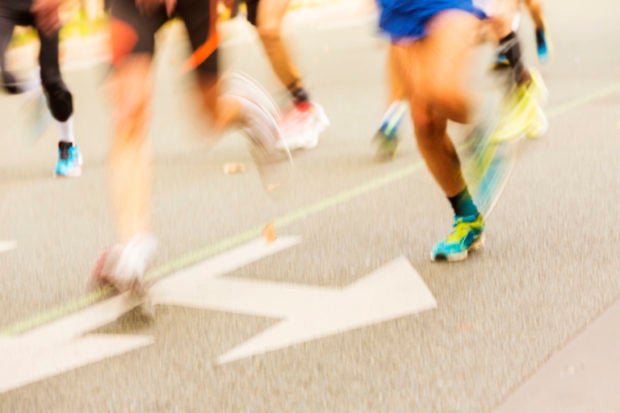 New research has found evidence to suggest that reaching an optimal cadence on 180 steps per minute may not have such a large effect on speed and performance. Image: Istock.com/davidf via AFP Relaxnews

A new small-scale United States study has found that cadence, or the amount of steps you take while running, may not have such a big effect on speed and efficiency as previously thought.

Carried out by researchers at the University of Michigan, the new study looked at 20 elite male and female runners and recorded their cadence using wrist-based accelerometers during the 100-kilometer International Association of Ultrarunners World Championship in 2016.

The team wanted to investigate whether “optimal” cadence could actually reduce injury or improve speed.

Since the 1980s, this optimal amount has been set at 180 steps per minute for elite runners, when running coach Jack Daniels noted that this was the average step rate for runners in the 1984 Olympics.

“Some ran at 160 steps per minute and others ran at 210 steps per minute, and it wasn’t related at all to how good they were or how fast they were,” said researcher Geoff Burns, who himself is an elite marathoner. “Height influenced it a little bit, but even people who were the same height had an enormous amount of variability.”

Burns also found that at the end of an ultra-marathon, rather than take shorter, “choppier” steps during what he describes as the “ultra shuffle,” the runners’ cadence still stayed constant, even if they were barely lifting their feet as they crossed the finish line.

The researchers commented that the findings, published in the journal Applied Physiology, suggest that runners should not alter their cadence to reach the 180 steps.

Instead, they should monitor their own individual cadence as their running progresses, with the results also showing that cadence naturally increased by four to five steps per minute per mile as runners ran faster, in contrast to the long-held belief of many coaches and practitioners, which is that cadence should remain constant as speed increases.

“It’s a barometer and not a governor,” Burns said. “There’s no magical number that’s dogmatically right for everybody.” CE/JB

Short walks, gardening can add up to longer life — study