Kingad only survivor in ONE Tokyo 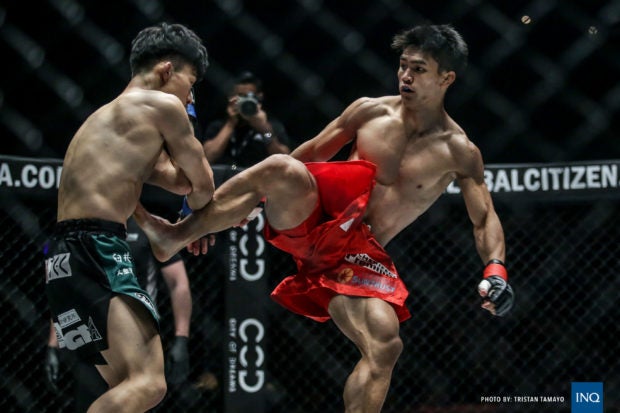 TOKYO—Eduard Folayang’s face painted the image of defeat and disappointment.

“I made a mistake,” he told Filipino reporters on Friday night when he lost the lightweight world title after tapping out when Shinya Aoki got him with an arm triangle in the second round at One Championship at Ryogoku Sumo Hall here.

Kevin Belingon, his teammate who was also taking on a familiar foe that night, could’ve said the same thing.

The bantamweight star was slapped with a disqualifying red card for repeated strikes in the back of his opponent’s head in the third round of what was supposed to be the tie-breaking match with Bibiano Fernandes.

Despite the two losses, this campaign still had a silver lining in Danny Kingad.

The 23-year-old flyweight conquered Senzo Ikeda, a Pancrase champion, via a unanimous decision to also book a spot in the semifinal round of his division’s Grand Prix.

But it was a fleeting feeling for Kingad, who said he was torn between celebrating and feeling sorry for his senior teammates.

Team Lakay had four division titles by the end of last year—the most by any team in the Asian promotion.

It was all gone after this year’s first quarter.