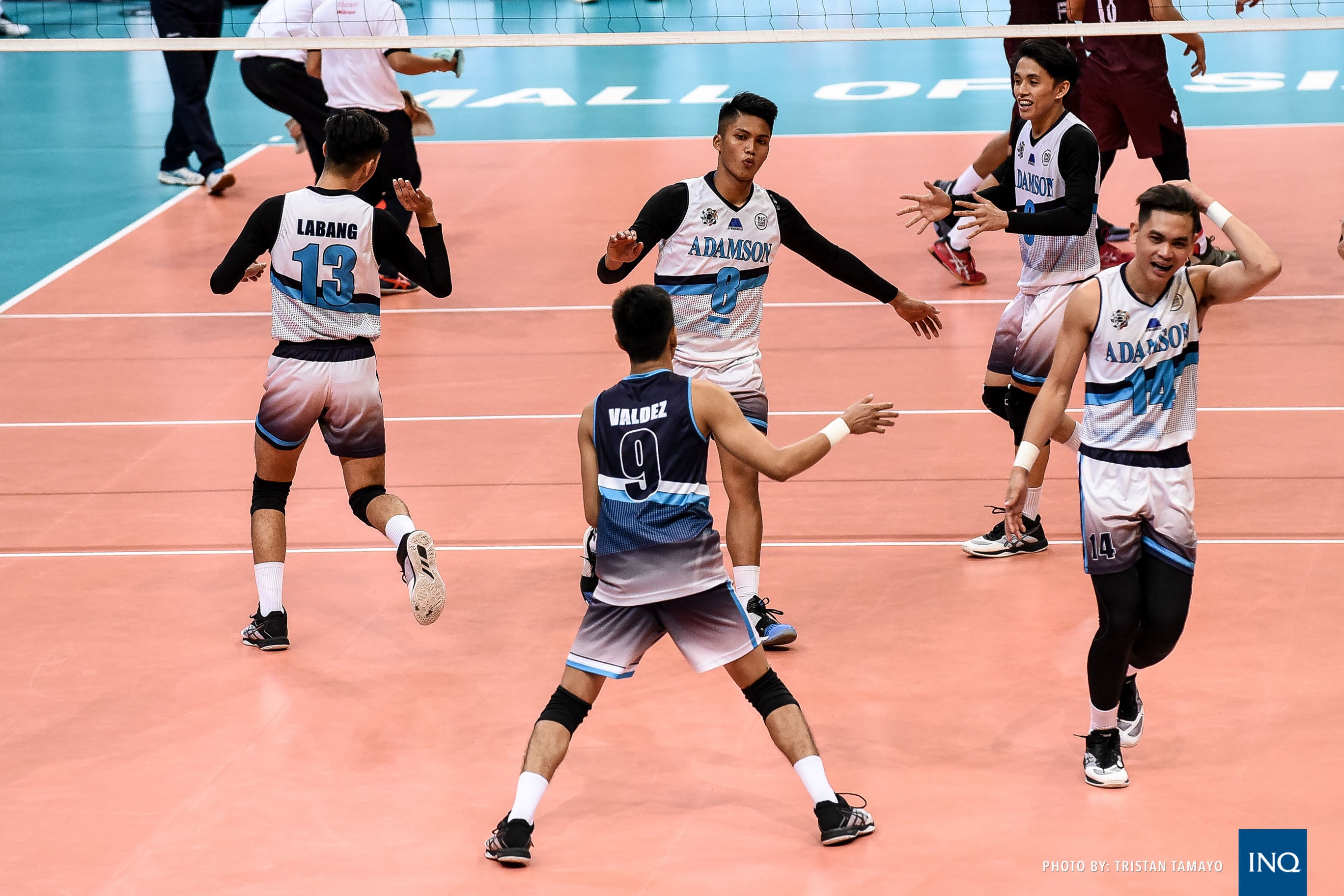 The Soaring Falcons tied Ateneo with 6-4 records while the second-seeded Tamaraws dropped their second straight game, the third in four games, to slip to an 8-2 card.

George Labang had a game-high 24 points for Adamson while Leo Miranda and Paolo Pablico had 15 and 14 points, respectively.

The Tiger Spikers tied La Salle at the fifth spot with a 4-6 record while the Fighting Maroons bowed out of the race with a 1-9 card.

Joshua Umandal and Jaron Requinton had 20 points apiece for UST while Manuel Medina and Jayvee Sumagaysay had 15 and 13 points, respectively.