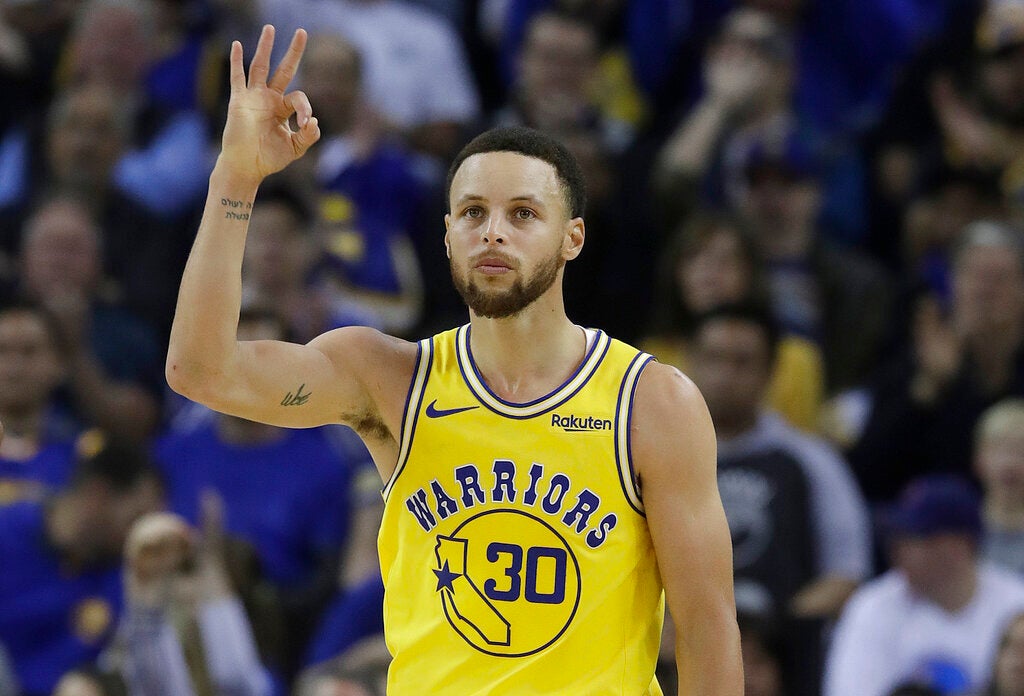 Golden State Warriors guard Stephen Curry (30) gestures after making a 3-point basket against the Denver Nuggets during the first half of an NBA basketball game in Oakland, Calif., Tuesday, April 2, 2019. (AP Photo/Jeff Chiu)

Golden State Warriors star Stephen Curry said Wednesday that a decision to start wearing contact lenses has helped him reverse a dip in his shooting numbers.

Curry told The Athletic in an interview he had started wearing contact lenses to offset problems caused by a condition of the cornea called Keratoconus.

“I started wearing contacts,” Curry said. “It’s like the whole world has opened up.”

Keratoconus is a disease which causes the cornea to gradually deteriorate over time, changing it to a cone shape rather than a circular shape. The condition can also lead to blurred vision.

Curry, 31, has suffered from the condition for his whole life and told The Athletic he had long had problems with his eyes.

“I had gotten so used to squinting for so long,” Curry said. “It was just normal.”

However Curry’s percentage spiked in March, rising to 0.433%. His improved form included a nine-game streak where he successfully drained at least five three-pointers in each game.