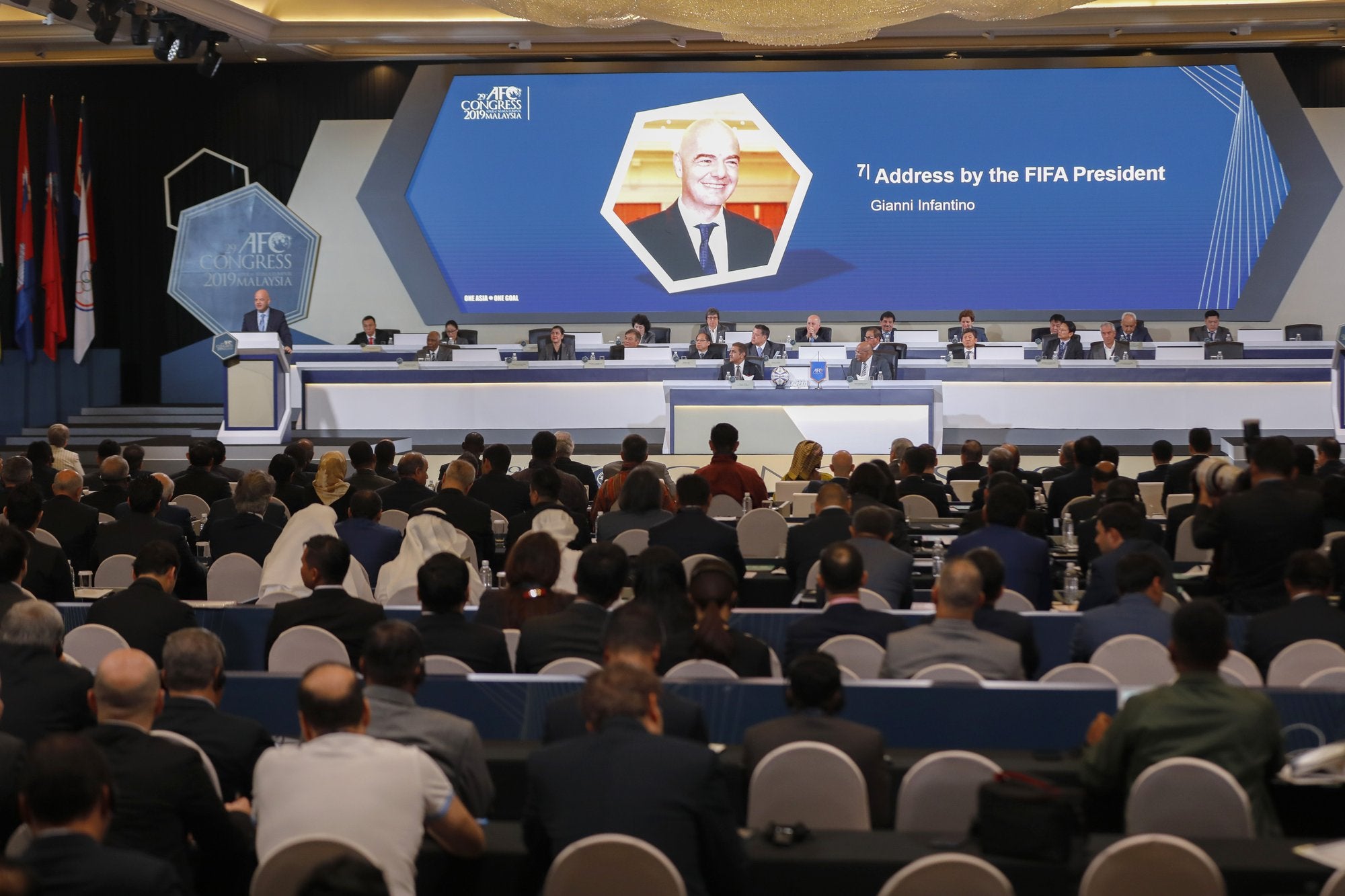 Infantino also reiterated that negotiations were ongoing with Qatar to increase the number of World Cup teams from 32 to 48 in the 2022 tournament.

Bahrain’s Sheikh Salman returned unopposed in the Asian Football Confederation’s presidential election Saturday after Mohammed Khalfan Al Romaithi of the United Arab Emirates and Saoud Al Mohannadi of Qatar withdrew last month. Sheikh Salman was elected AFC president in 2013 after Mohammed bin Hammam of Qatar was banned for life for corruption by world governing body FIFA. He was elected to his first four-year term in 2015.

Sheikh Salman cemented his position by signing a new commercial rights deal in 2018, expanding tournaments and increasing the money going back to member federations.

Infantino told the AFC Congress that the no-contest was “important to show a united football family in Asia and to move forward in stability.” Sheikh Salman was absent to attend his mother’s funeral. Infantino led delegates to observe a few minutes of silence to mourn with Sheikh Salman and show that “we are with him.”

Infantino, who defeated Sheikh Salman at the 2016 FIFA presidential election and is standing unopposed for another term in the FIFA polls in June, thanked the AFC for its support and stressed his commitment to expand football in the region. He said FIFA was stronger now under his watch, with higher revenue and reserves nearly tripled.

He said preparations for the 2022 World Cup were well ahead of schedule. FIFA and Qatar are still analyzing the prospect of boosting world soccer by adding another 16 teams, with the possibility of Qatar co-hosting with neighboring nations, he said.

“It will be a nice achievement if the first World Cup with 48 teams is played in Asia,” Infantino said.

FIFA decided in January 2017 that the World Cup will be 48 teams, but only starting in 2026 before the hosts were chosen. The United States, Canada and Mexico were chosen in a vote last year.

The push to increase the number of teams in 2022 is fraught with political and logistical impediments as the United Arab Emirates, Saudi Arabia, Bahrain and non-Gulf state Egypt had cut political, trade, and transport ties with Qatar since mid-2017. They accuse Qatar of supporting terrorism, which it denies.