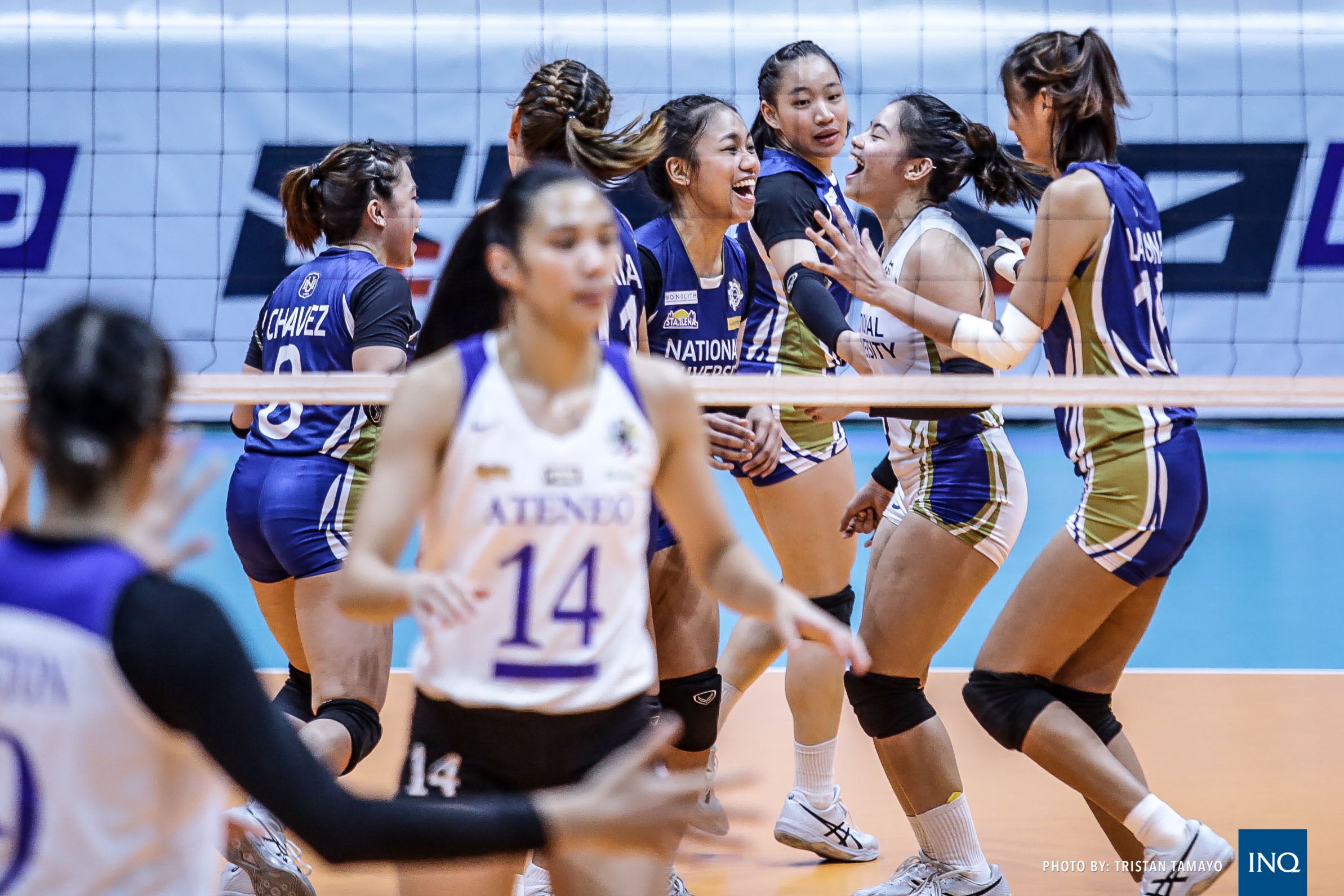 MANILA, Philippines—Jennifer Nierva is only in her first collegiate year with National University but the young libero isn’t shy when it comes to being vocal with her teammates.

The Lady Bulldogs were officially eliminated from the UAAP Season 81 women’s volleyball tournament’s Final Four race after they lost to Ateneo, 25-14, 24-26, 25-17, 25-19, Sunday at Smart Araneta Coliseum.

Nierva, 19, took it upon herself to be the first one to talk after the disappointing loss, addressing everyone in the NU locker room that they had a great ride despite bowing out of contention early.

“After the game, I immediately talked to the team, and I told them, ‘Ates I have something to say. I’m still happy even though we lost today because we still played great and we showed them (Lady Eagles) that they won’t get an easy win,’” said Nierva in Filipino.

“I think what we did was still an achievement because Ateneo is at 10-1 now. I’m still happy that this was the result because our team is just short right now and I know we learned something from this.”

NU only has 11 players in its roster while the some schools in the league usually have the full 14-woman lineup.

The Lady Bulldogs also don’t have setter Joyme Cagande, who injured her knee at the start of the tournament, leaving opposite hitter Joni Chavez to play as the team’s playmaker.

Nierva said she’s not shy in showing her leadership despite just being a rookie since she knows she’s earned her chops when she helped the Lady Bullpups to four straight titles in the girls’ division.

“I think you should work before becoming a leader, you won’t get it that easily,” said Nierva, who had 26 excellent digs and 30 successful receptions. “It needs maturity and I think I got that in high school.”