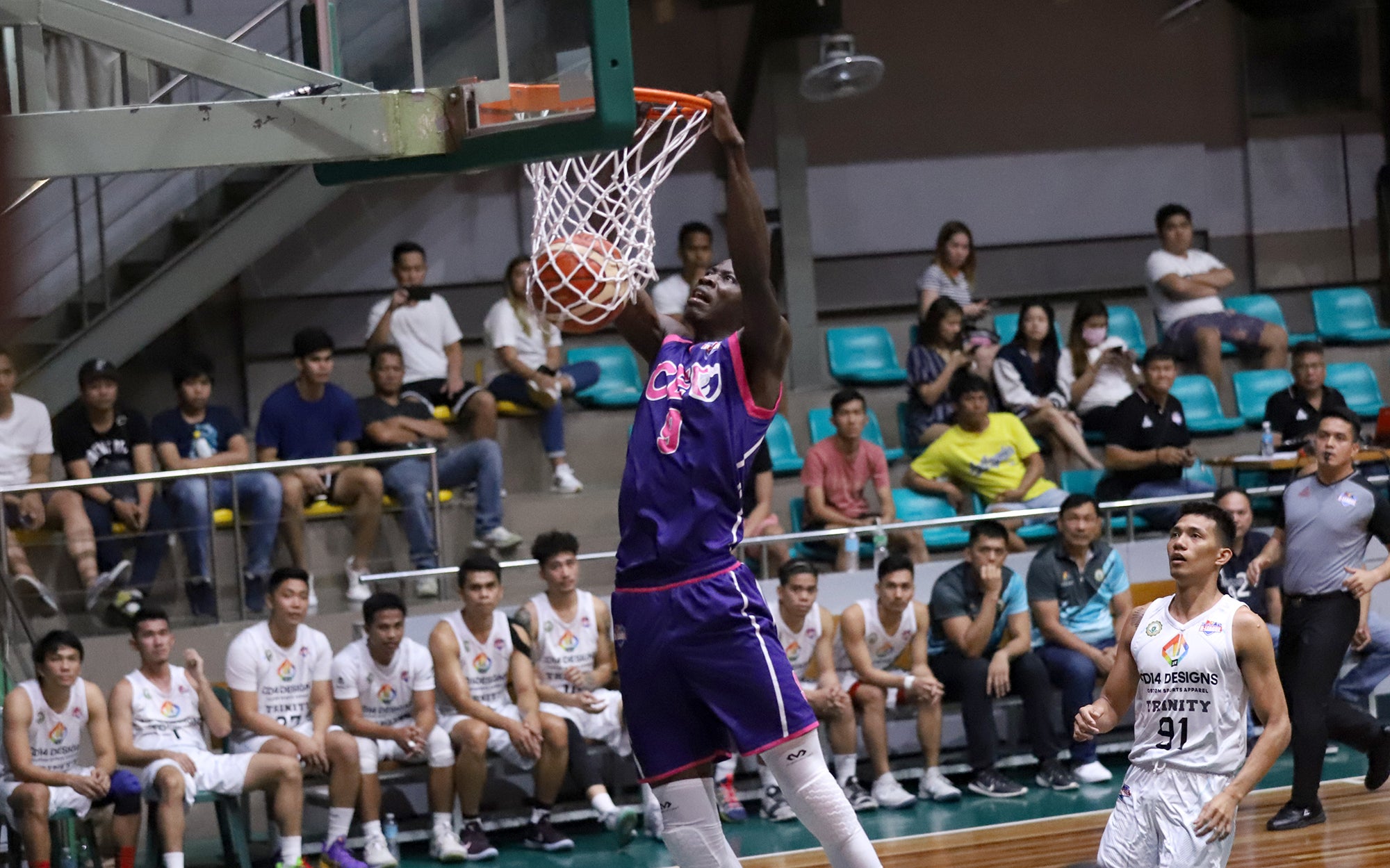 Undefeated Centro Escolar University hardly broke a sweat in a 93-69 beatdown of CD14 Designs-Trinity University of Asia in the 2019 PBA D-League Monday at JCSGO Gym in Cubao.

The Scorpions got off to a fast start as they took a 45-17 lead in the second quarter behind Malick Diouf.

CEU head coach Derrick Pumaren said he was concerned that his squad might become complacent knowing it’s up against a winless team.

“I was worried about my team because (CD14 Designs-Trinity was) winless and my team might just take them for granted,” said Pumaren.

But his worries were nonexistent right from the opening tip as the Scorpions opened the game outscoring their foes, 31-15 in the first period.

Jan Formento came off the bench and scored 17 points on 6-of-8 field goal shooting while Judel Fuentes and Pierce Chan added 13 apiece for CEU, which rolled to 5-0.

John Tayongtong and Gab Reyes had 11 points each for the White Stallions, who dropped to 0-4.

Read Next
PBA: Hotshots torch Gin Kings, force decider
EDITORS' PICK
House energy committee chair Arroyo bats for cheap electricity
UK’s Boris Johnson will resign, BBC reports
Unemployment rate up to 6% in May
Geek out at TOYCON 2022 powered by Smart Signature
High inflation: Your P1 is now worth only 87 centavos
High-risk pregnancy: Reducing your risk is in your hands
MOST READ
Suspect in grisly killing of missing woman in Bulacan arrested
Kim Atienza’s daughter flaunts bikini body in response to critics of her ‘revealing photos’
Japanese artist who created ‘Yu-Gi-Oh!’ found dead in the sea
FDA probes popular Filipino noodle brand for ‘high level of ethylene oxide’
Don't miss out on the latest news and information.