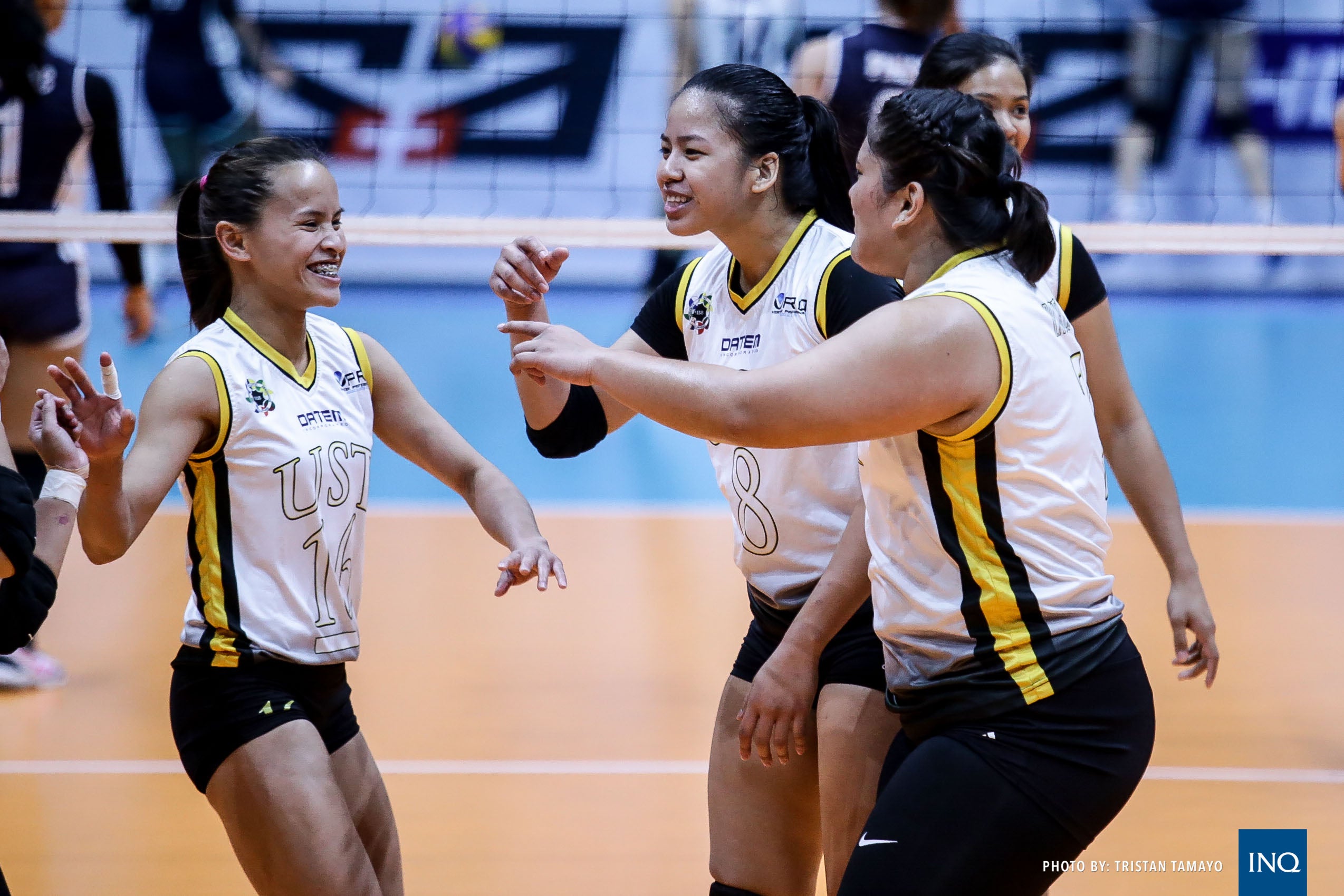 MANILA, Philippines—Eya Laure entered the collegiate program of University of Santo Tomas with a lot of hype.

She was a one-time high school MVP, a Rookie of the Year, a Best Attacker, a Best Setter, and a two-time Best Opposite Hitter, needless to say Laure had the chops.

Laure, however, moved up to the seniors’ team not as the main star but with a promise to help Cherry Rondina reach the pinnacle of the UAAP Season 81 women’s volleyball tournament.

The rookie promised Rondina that she would help lead the team to the Final Four, and possibly the championship, playing as the second fiddle to the fifth-year superstar.

And Laure stayed true to her word after the Golden Tigresses clinched a Final Four spot Sunday at Mall of Asia Arena.

The Lady Maroons crashed out of the Final Four race after dropping to a 6-7 card while UST got to third seed at 9-4 while FEU is at fourth at 8-5.

Laure, who had 17 points against the Lady Tamaraws, said it’s not just Rondina whom she and the other players are dedicating their games for.

“This is for the UST community, for Ate Sisi, Ate Rica, Ate Milena, Ate EJ, everyone who’s not with the team right now and who will graduate after the season,” said Laure.

Laure added that they should not settle even if they’ve reached the Final Four and they will prepare harder ahead of the semifinals where one slip and everything will be wasted.

“Of course the Final Four is a whole different playing field, so we won’t settle just because we qualified,” said Laure. “We’ll do our best to build our character so that we won’t be overwhelmed with the atmosphere.”

Read Next
James Harden scores 29 as Rockets rout Jazz in Game 1
EDITORS' PICK
A laptop that maximizes your WiFi so you can maximize your productivity
In Borongan, nuns play hoops (not mahjong)
Powered by style, innovation and passion
House energy committee chair Arroyo bats for cheap electricity
PH resumes talks with China on Chinese-funded transport projects
Why Tagle is a leading papal contender
MOST READ
Imee Marcos bares illegal importation of white onions
Why Tagle is a leading papal contender
Zubiri on SRA mess: Shameful, disgusting
Ogie Alcasid positive for COVID-19: ‘We keep ourselves protected and yet inabot din’
Don't miss out on the latest news and information.