Nikola Jokic, Nuggets hold off Spurs in Game 7 to advance 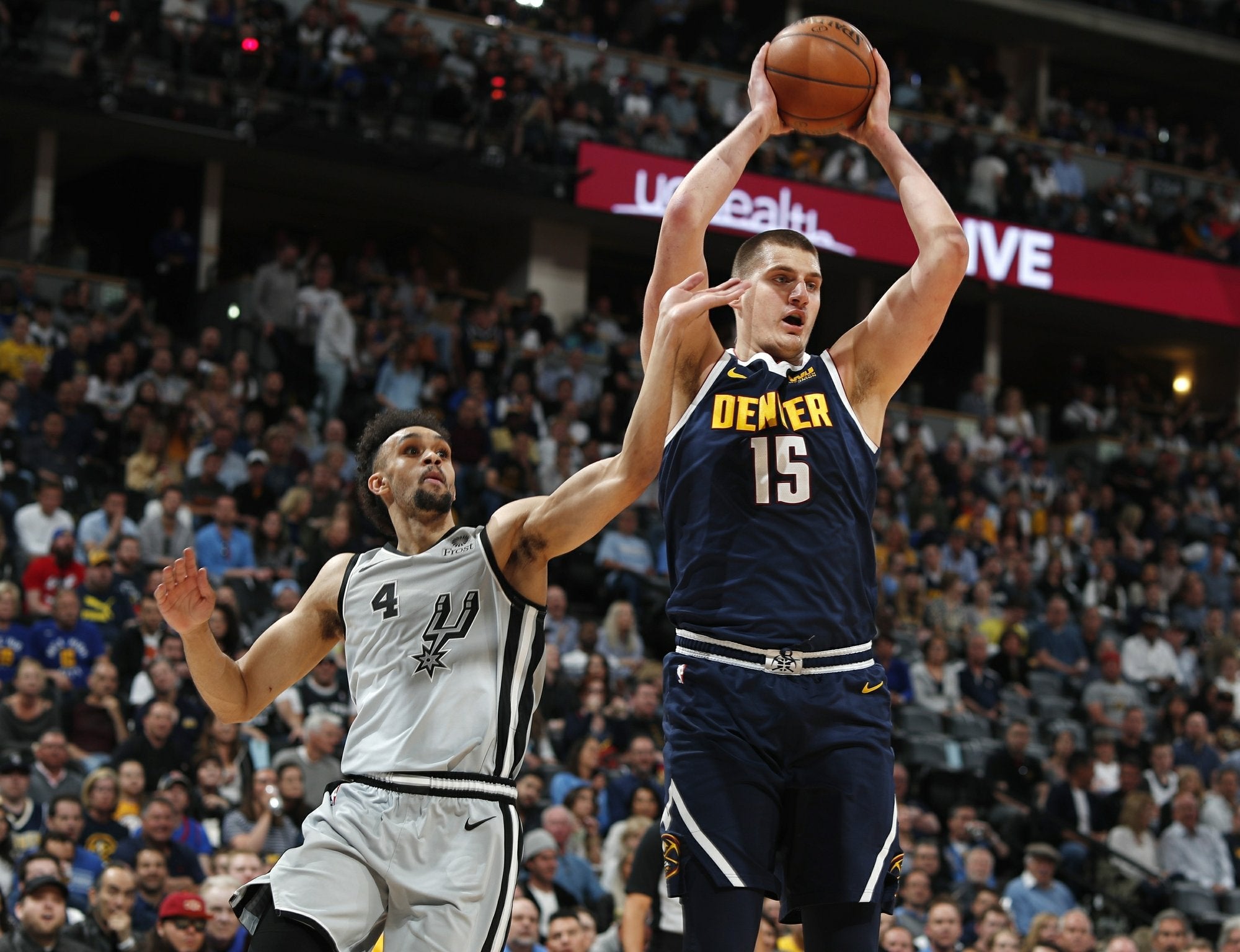 DENVER — Nikola Jokic had another triple-double, Jamal Murray hit a clutch floater with 36.8 seconds remaining and the Denver Nuggets held off the San Antonio Spurs 90-86 in Game 7 on Saturday night to advance in the postseason for the first time in a decade.

In a matchup between a Denver team with the youngest playoff roster in the West and the savvy Spurs, the second-seeded Nuggets built a 17-point lead in the third quarter only to see it whittled down to two with 52 seconds remaining.

Jokic finished with 21 points, 15 rebounds and 10 assists, with no pass bigger than the one to set up Murray’s floater. DeMar DeRozan had a chance to slice into the deficit but was blocked by Torrey Craig. Then, the Spurs couldn’t hear coach Gregg Popovich screaming for a foul over the noise and the Nuggets were able to essentially run out the clock.

“It took everybody,” Murray said. “Most of all it took the fans. … It’s a great feeling, an amazing feeling. We’re having a lot of fun. We’re one group. We’re united.”

Since making the Western Conference finals in 2009, the Nuggets have bowed out in the first round on four occasions. This was their first playoff appearance in six seasons.

Denver will host third-seeded Portland in a series that begins Monday.

Murray added 23 points for the Nuggets, who captured a Game 7 for the first time since May 3, 1978, when David Thompson had 37 in a win over the Milwaukee Bucks.

The Nuggets never trailed Saturday and it was far from easy.

Rudy Gay had 21 points for San Antonio, while DeRozan and Bryn Forbes each added 19. The Spurs fell to 3-4 in Games 7s under Gregg Popovich.

Jokic turned in another monster game. Jokic showed off his arsenal of shots, even throwing in a sky hook. He played a little more than 43 minutes — just slightly down from the 48 minutes Malone pledged to play him in pregame.

Jokic also had a triple-double in Game 1.

Denver went an NBA-best 34-7 at home in the regular season and rode the energy of the crowd.

It was a forgettable first half for the Spurs, who trailed 47-34 after shooting 22.2% from the floor.

The Nuggets weren’t particularly pleased with the way the Spurs set screens during the series. More specifically, Jakob Poeltl, whose knee caught Murray in the thigh during the third quarter of Game 6.

DeRozan bristled at the notion that Poeltl may be a dirty player.

“Anybody that thinks Jakob is a dirty play, they have a dirty mind,” DeRozan said. “Jakob is not a dirty player at all. He goes out there and plays extremely hard. His intent is never to hurt anybody.”

A big basketball historian, Gay reflected on the loss of John Havlicek, the Boston Celtics star and Hall of Famer who died Thursday at 79. Gay said Havlicek’s versatility paved the way for players like him.

Popovich was asked in a round-about way what his future as a head coach will be after this season.

“I’m a head coach in the NBA,” Popovich responded. “I don’t think about what that means in the future.”