Old timer Rafi Reavis has no plans of slowing down: 'I have a lot left' | Inquirer Sports
Close
menu
search

Old timer Rafi Reavis has no plans of slowing down: ‘I have a lot left’ 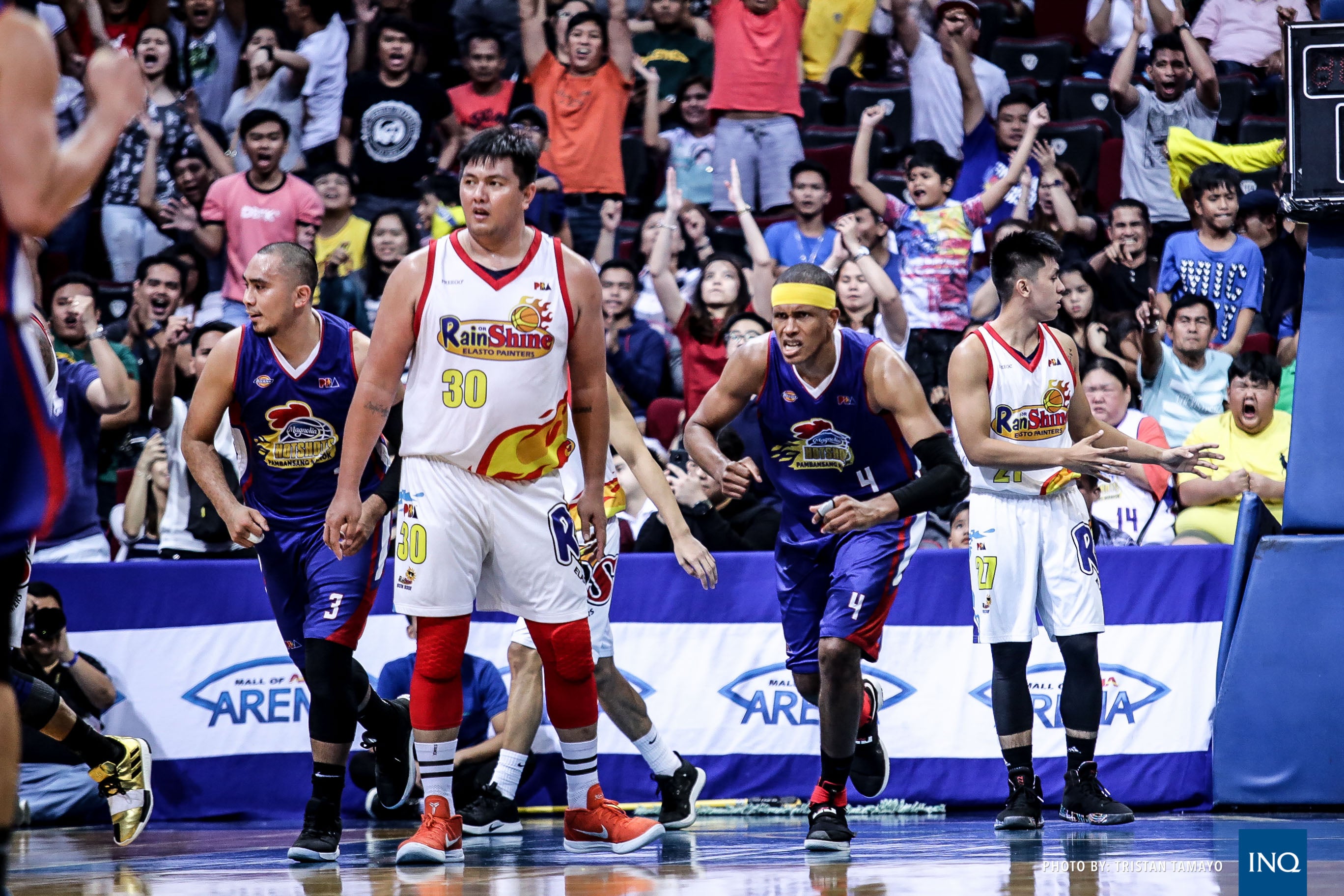 MANILA, Philippines—Rafi Reavis, one of the oldest active players in the PBA, may have a lot of mileage under his belt but he still has a lot of gas left in the tank.

The 41-year-old Reavis out-hustled and outwitted his much younger Rain or Shine counterparts in the grandiose Game 7 of the semifinals to lead Magnolia back to the Philippine Cup finals.

Reavis had his fingerprints all over Game 7 with eight points, 20 rebounds and three blocks.
“It’s just about effort. It’s gonna boil down to who wanted it more, so those are all effort plays the rebounds, the hustle points,” he told reporters after the Hotshots’ 63-60 win in overtime Sunday night at Mall of Asia Arena.

Reavis’ performance wasn’t the first time he’s had a crucial impact in the series after also coming up big in the pivotal Game 5 four nights ago where he wound up with nine points, 12 rebounds and a block in an 82-74 victory.

The 6-foot-8 beanpole, who is in his 18th PBA season, has no plans of slowing down just yet especially with the Hotshots heading into an All-Filipino title showdown with defending champion San Miguel Beer for the second straight year.

The Beermen disposed of the Hotshots in last year’s finals, needing only five games to win their fourth consecutive Philippine Cup crown.

This time, however, Reavis believes Magnolia will be coming in more prepared.

“Anytime you reach this stage, you feel like you’re equipped. You don’t make it this far without the right pieces. For sure we feel more equipped to win this series,” he said.

Game 1 tips off Wednesday night but Reavis’ work isn’t done yet even after a grueling seven-game semifinals series.

When asked what his secret to staying healthy is, Reavis said he’s heading right to the gym to do “extra work.”

“You guys know that, I have a lot left in the tank. I’m just trying to keep up with the young guys, I’m still having fun,” he said.

“I really enjoy playing with this group of guys and I’m fortunate to have a management that really stands behind me and believes in me. I have a lot left.”

Read Next
Magnolia rallies to beat Rain or Shine in Game 7, books finals rematch with SMB
EDITORS' PICK
A delightful blessing!
Legarda: Ending Violence Against Women, a cause for all
Gov’t eyeing COVID-19 vaccine booster for essential workers, indigents by Dec. 10
Gov’t plans to open COVID-19 vaccination for 5- to 11-yr-olds by January 2022
Omicron variant detected in more countries as scientists race to find answers
Villar Group gears up for AllValue Shopping Party on Dec. 3; around P 1-million promos and discounts up for grabs
MOST READ
Quiboloy warns of ‘much worse than Omicron virus’ if his ‘persecution’ is not stopped
Suspected Omicron cases mild, says leading S. Africa doctor
Bongbong Marcos’ conviction in tax case not a crime involving moral turpitude — lawyer
Marcoleta defends pol ads on ABS-CBN
Don't miss out on the latest news and information.