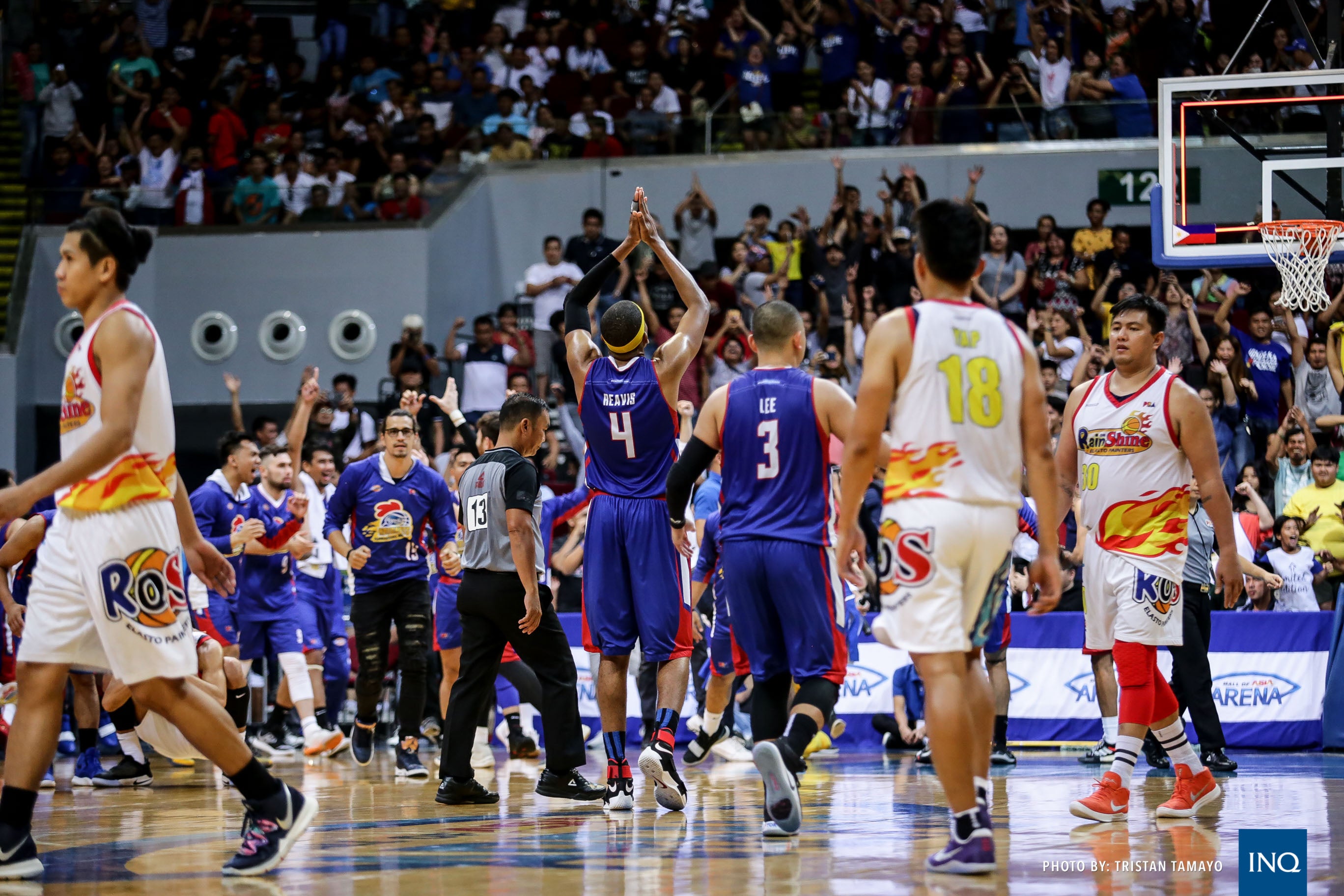 MANILA, Philippines—Magnolia came back from 17 points down to shock Rain or Shine, 63-60, in overtime in Game 7 and book a return trip to the PBA Philippine Cup Finals Sunday night at Mall of Asia Arena.

Rafi Reavis came up big with eight points, 20 rebounds and three blocks while Ian Sangalang added 11 points and 15 rebounds to power the Hotshots, who also overcame a 0-2 hole in the semifinals series.

“We just found ways to win. We were down by 17 and I don’t know how we were able to come back,” Magnolia head coach Chito Victolero said in Filipino. “My players were just resilient. They did not want to give up.

Magnolia arranged a finals date with defending champion San Miguel in a rematch of last year’s All-Filipino title showdown won by the Beermen in five games.

With the Elasto Painters down, 60-62, in OT, James Yap had the chance to tie but he missed a tough driving layup against two Magnolia defenders.

Game 1 of the PBA Finals tips off on Wednesday, 7 p.m. All games will be played at Araneta Coliseum.

Both teams shot just 26 percent from the field. The two teams combined to set the all-time mark for the lowest scoring overtime game in the history of the PBA playoffs.