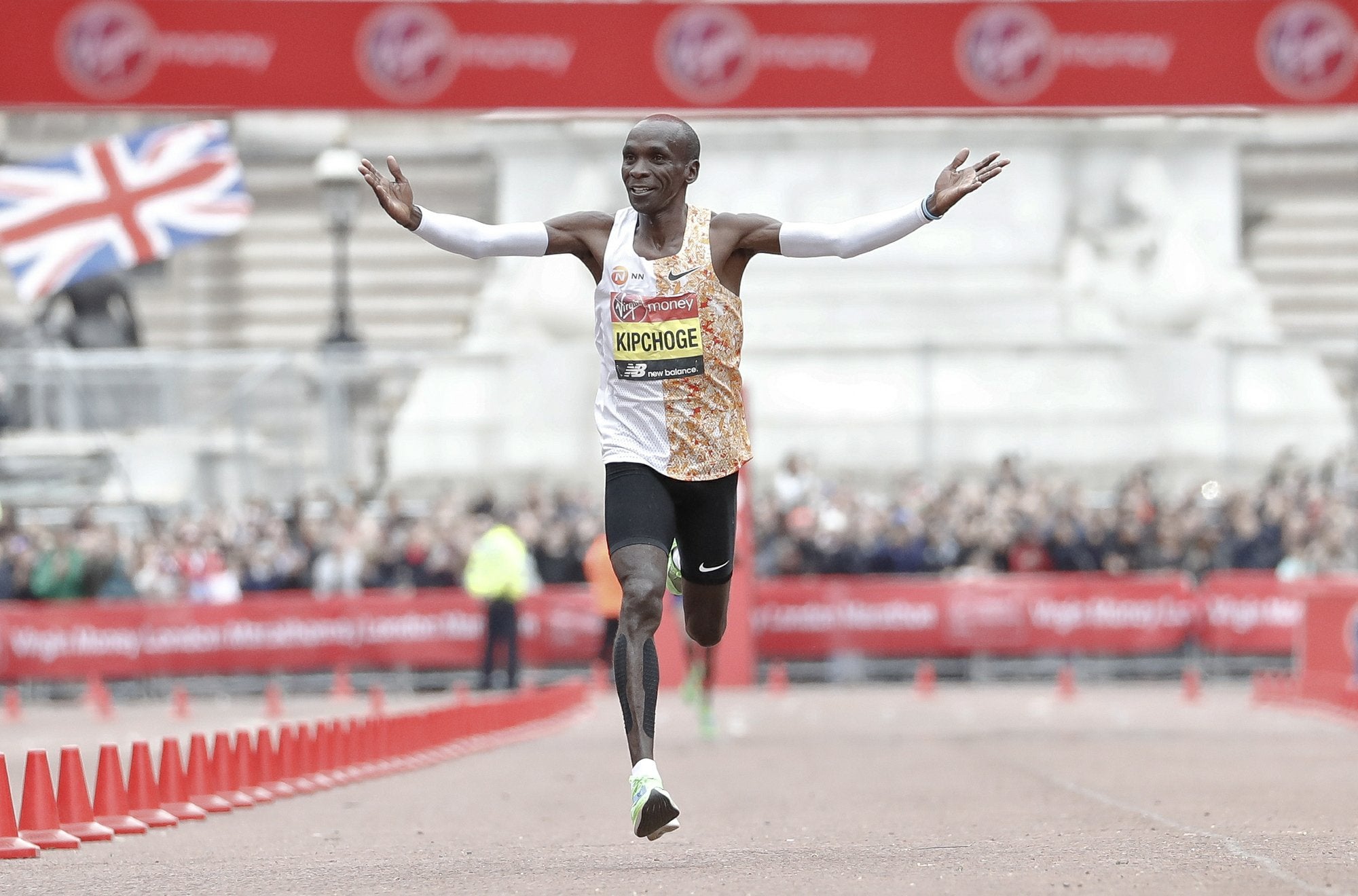 LONDON — Eliud Kipchoge of Kenya ran the second-fastest time ever to win the London Marathon for a record fourth time Sunday, and compatriot Brigid Kosgei swept to victory by almost two minutes in the women’s race.

The 34-year-old Kipchoge pulled clear of Ethiopian runners Mosinet Geremew and Mule Wasihun in the final 10 minutes to complete the 26.2-mile (42.2-kilometer) course in 2 hours, 2 minutes, 37 seconds on a blustery day in the British capital.

Only Kipchoge has run a marathon quicker than that, when breaking the world record in Berlin in September in a time of 2:01:39. With more twists and turns, London is typically a slower course than Berlin — making Kipchoge’s display even more exceptional.

Geremew finished 18 seconds behind, and Wasihun a further 21 seconds back. Nobody has run quicker to finish a marathon in second or third place.

Home favorite Mo Farah — a four-time Olympic champion on the track — could not live with the pace, dropping away at the 14-mile mark and finishing a distant fifth at the end of a week when he was involved in an extraordinary public feud with retired distance-running great Haile Gebrselassie.

Kosgei bettered her second-place finish in last year’s race by winning in 2:18:20 for her second victory in the World Marathon Majors, after Chicago last year. She ran the quickest-ever second half of a women’s marathon.

Compatriot and defending champion Vivian Cheruiyot finished in a time of 2:20:14 and Roza Dereje of Ethiopia was third, 37 seconds further back.