The Final Four is upon us with top seeded Ateneo (12-2) taking on No. 4 Far Eastern University (9-5), while the showdown between the second and third ranked teams are still up in the air.

Defending champion De La Salle and University of Santo Tomas ended the elimination round knotted with similar 10-4 slates and the two teams will still need to face each other in a playoff on Wednesday with the winner taking the No. 2 spot and the last twice-to-beat perk.

University of the Philippines, which went into the season having won two preseason titles, finished the elimination round in fifth with a 6-8 record while National University was the sixth best team at 4-10.

University of the East had its best record in recent memory putting up a 3-11 card for the No. 7 spot while Adamson University rounded out the standings in eighth at 2-12.

Without any more adieu, here are the seven players that sent off Week 10 into star dust. Heather Guino-o made sure she would end the Lady Tamaraws’ elimination round campaign on the highest of notes.

The Lady Tamaraws didn’t move up in the standings but it did boosted their confidence heading into the Final Four.

Guino-o also had her best game of the season, pouring on 24 points in a match that served as the jump-off point for FEU’s Final Four quest.

The veteran’s performance also earned her the season’s final Chooks to Go-Collegiate Press Corps Player of the Week award. 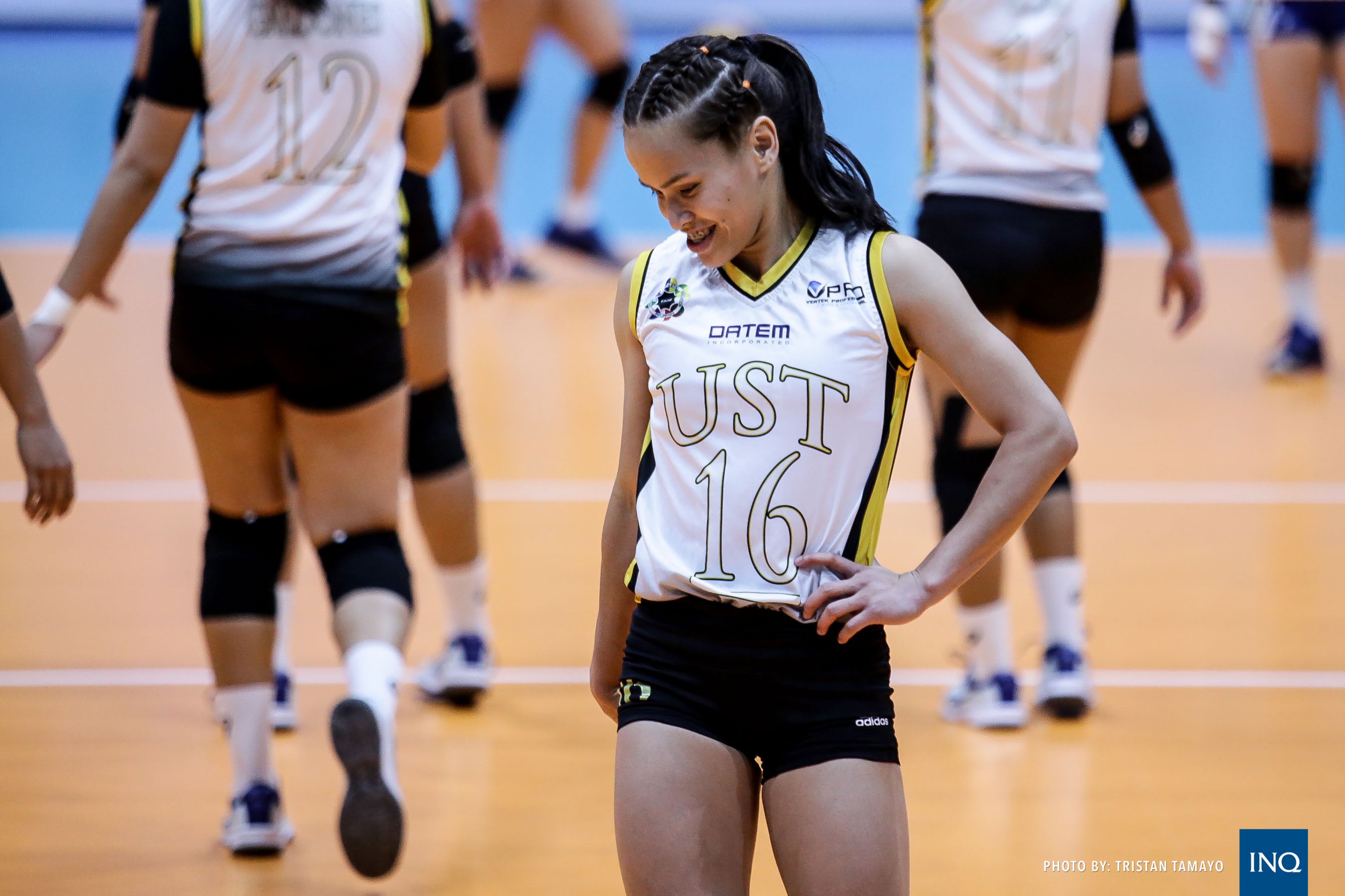 The graduating senior ended the elimination round with a 21-point performance to lead the Golden Tigresses past the Lady Bulldogs, 27-25, 25-17, 20-25, 25-16, in UST’s last elimination game before facing the Lady Spikers in the second-seed playoff.

Rondina, who averaged 18.5 points across all 14 elimination games, secured the top spot in the Best Scorers table with a total of 259 points, 29 more than what second placer and teammate Eya Laure had. Kat Tolentino missed out on Week 9’s rankings after La Salle decimated Ateneo in three sets 25-17, 25-13, 25-23, but she’s made a return due to what was an all-important two-game stretch for the Lady Eagles.

Ateneo ended the elimination round on the back of two dominant sweeps of Adamson and UE, and Tolentino was at center of that recovery games for the Lady Eagles.

Tolentino averaged 14 points this week to finish as the season’s fourth-best scorer with a total of 200 points. 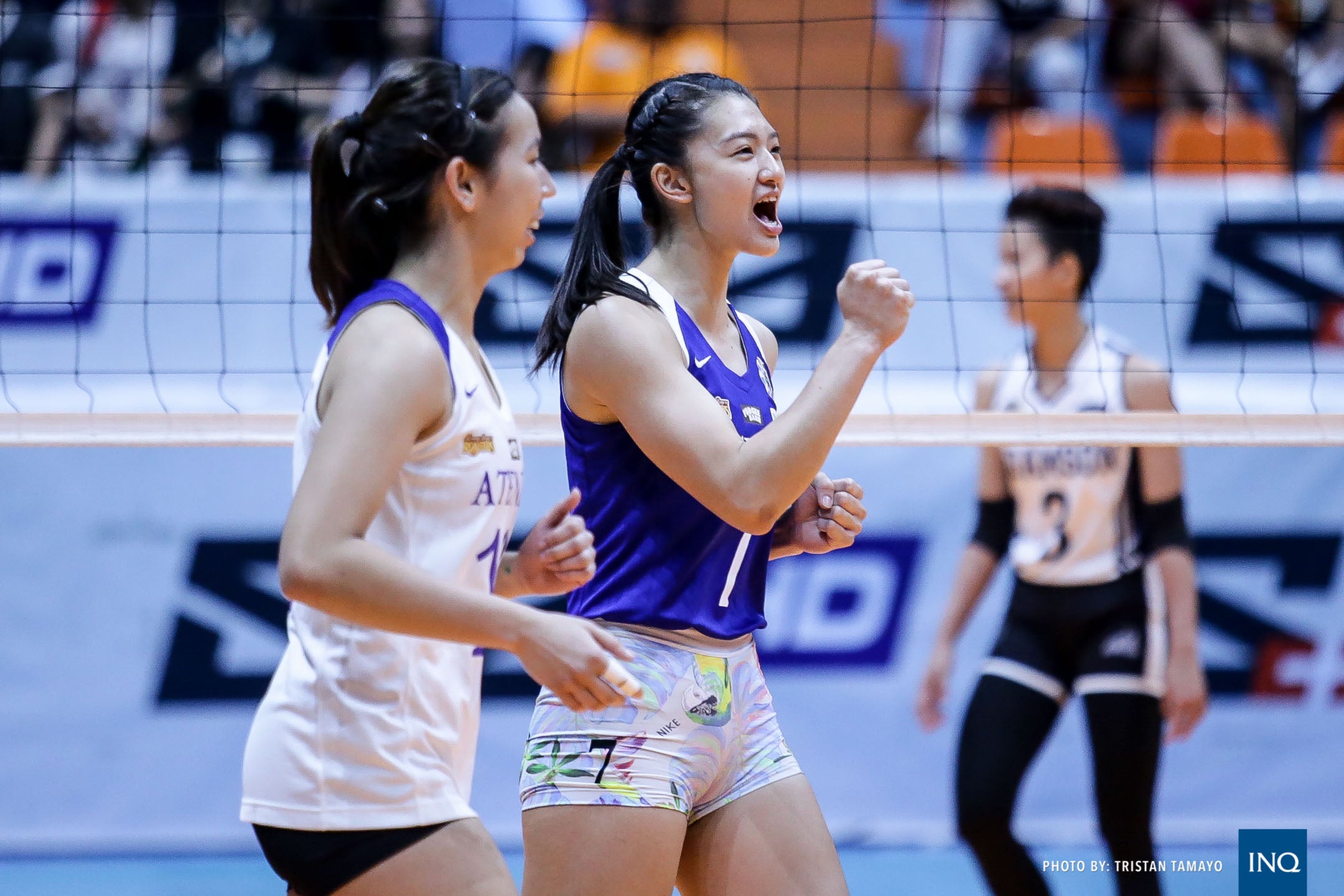 With Tolentino commanding Ateneo’s wing, Maddie Madayag set her place in the middle of the Lady Eagle’s frontline attack.

Madayag was the Lady Eagles’ second-leading scorer this week, putting up an average of 11.5 points while ending the elimination round as the league’s Best Blocker.

No other player in the league reached at least 40 kill blocks this season, but Madayag tallied a total of 44 an averaged 0.86 kill blocks per set throughout the Lady Eagles’ 14 elimination games. 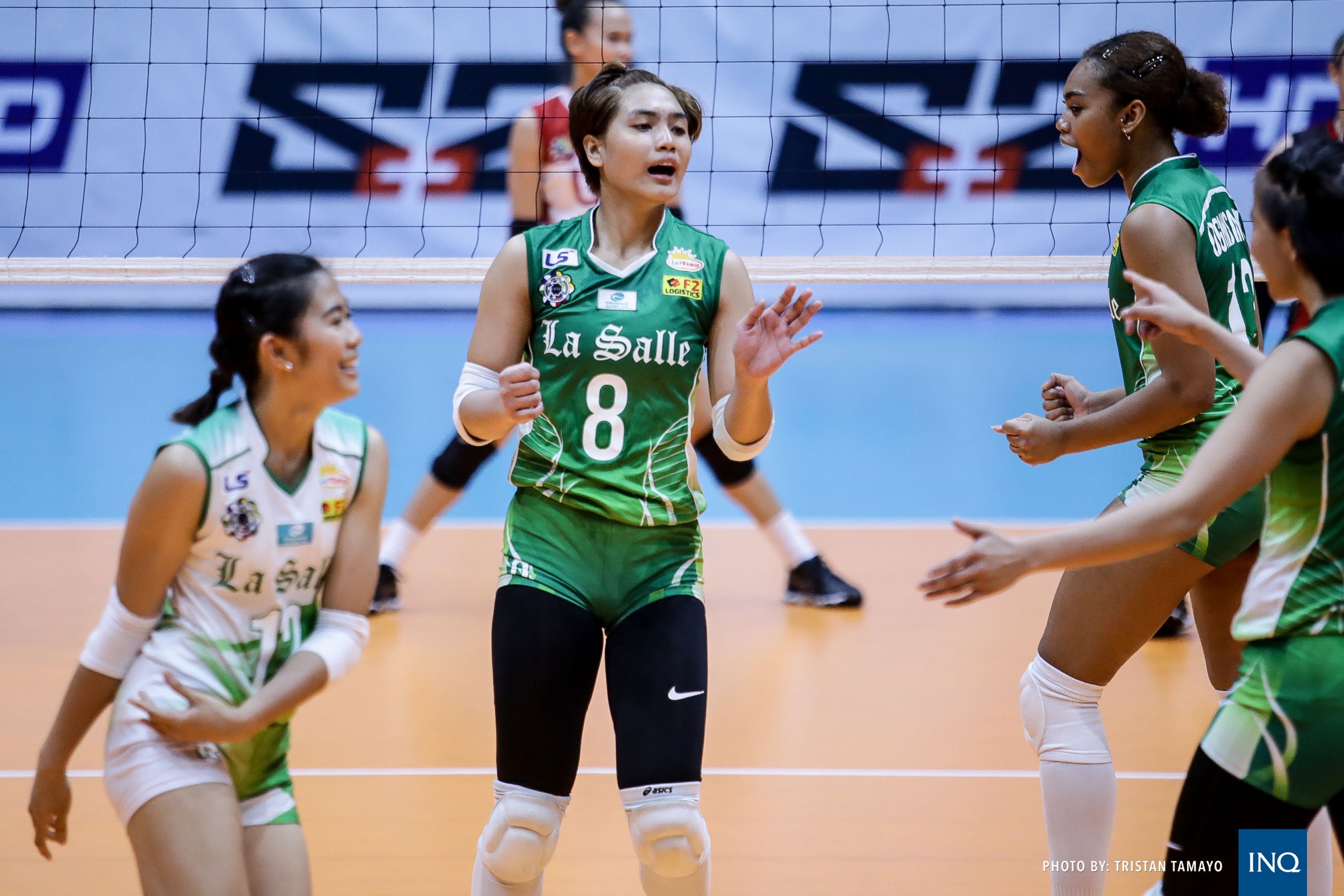 Jolina Dela Cruz could’ve been a stronger contender for the top spot, and the league’s Player of the Week plum, had it not been for La Salle’s collapse against the Lady Tamaraws.

The Lady Spikers’ rookie was nothing short of spectacular in Week 10, averaging 15 points as  La Salle split its last two games.

After a quiet, but effective, 10-point performance against UE, Dela Cruz lit up for 22 points in La Salle’s losing effort to FEU. It’s the final week of the elimination and there are still a couple of names who made their debuts on this list.

The first of whom was Adamson’s Chiara Permentilla.

Adamson had nothing much to play for when it went up against the Lady Maroons but the Lady Falcons still went at it. 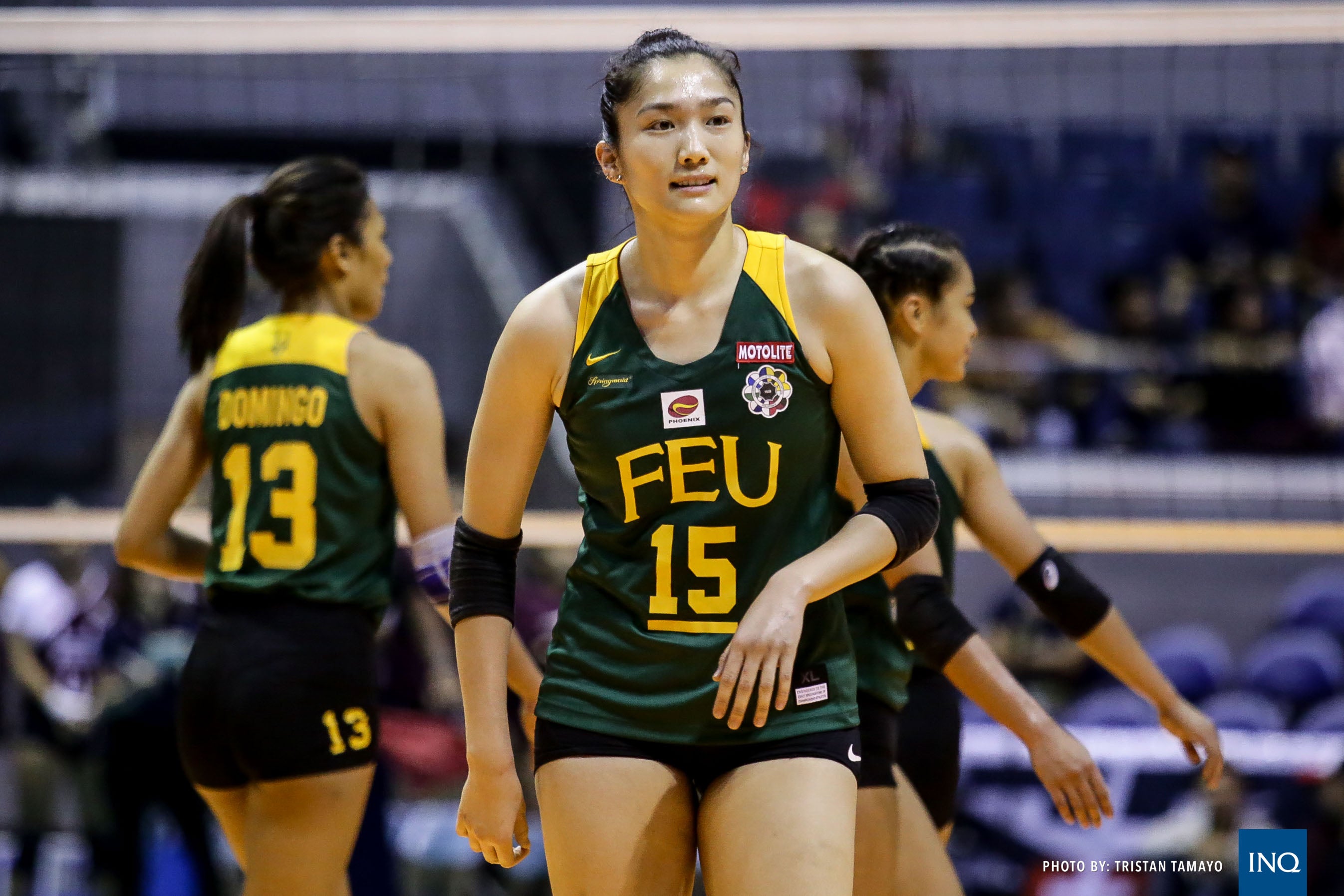 It took the whole season but Jerrili Malabanan went on to make an appearance on the list.

With Guino-o showing the way for the Lady Tamaraws against the Lady Spikers, Malabanan was content in being the team’s secondary offensive star.

FEU’s captain finished with 15 points, 12 attacks and three service aces, in a game the Lady Tamaraws used as preparation for the Final Four.