MANILA, Philippines—Players, coaches and officials of sister teams San Miguel Beer and Magnolia dismissed any notion that they will just give way to one another in their PBA Philippine Cup Finals rematch.

The two sides assured neither will give an inch in the best-of-seven series.

“That will never be a problem. They each have contracts of their own and bonus,” said Magnolia team governor Rene Pardo during the 2019 Philippine Cup press conference.

READ: Tim Cone wishes Magnolia luck vs powerhouse San Miguel: ‘If anyone can, you can’

But more than the grand financial incentive to capturing the championship, it’s winning over everything.

(When I started playing basketball, I go all out just to get free ice water after every game what more now that we’re playing for something much bigger. But Paul and I talked and it’s not about the bonus. It’s pride.) 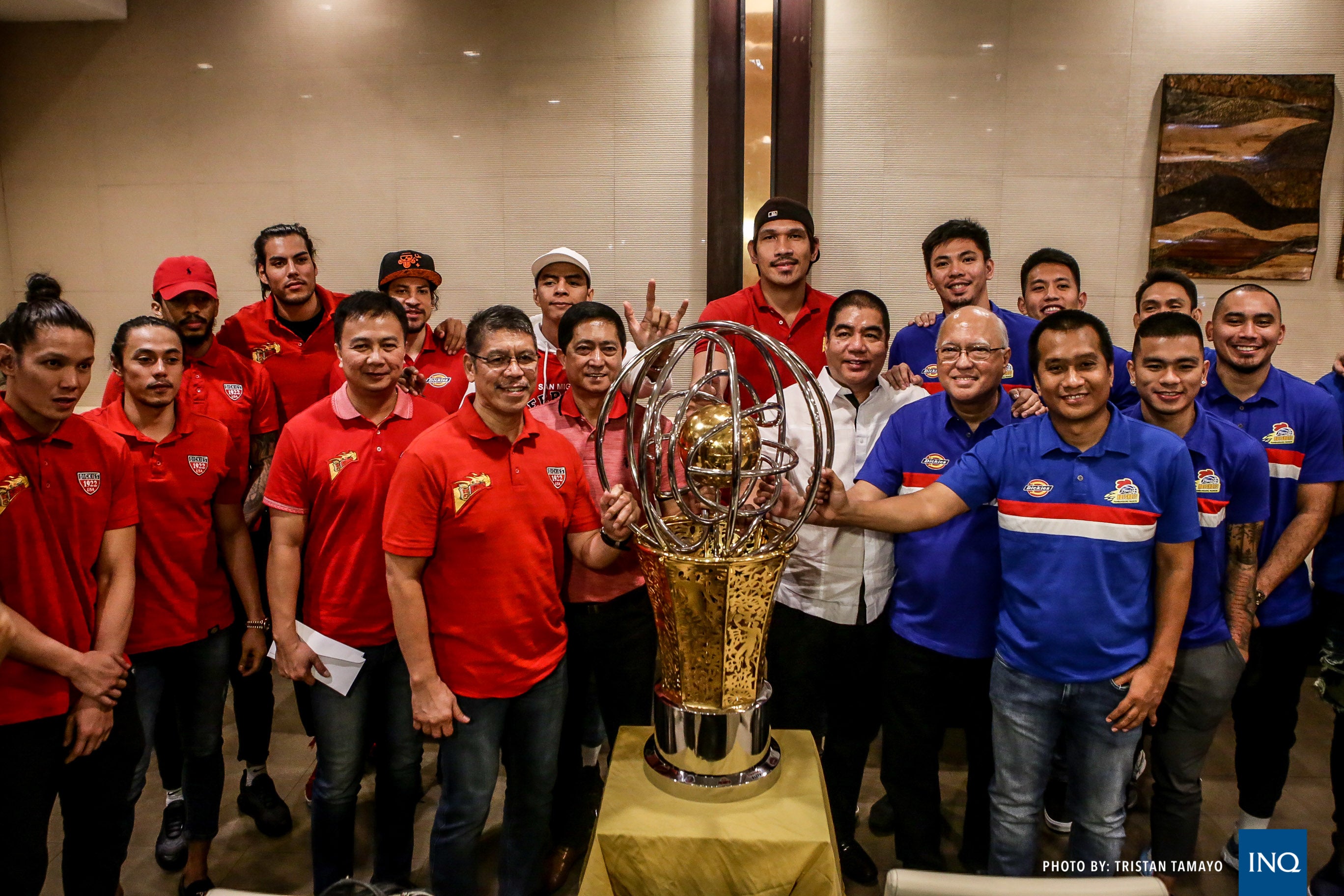 (No team is giving the other anything. We want to win and we’re here to win the championship. We’re not going to play basketball forever and we have a chance now to win a championship. This moment isn’t going to happen again, it’s going to be different next year.)

Both teams expect a highly-physical series.

(The only giving that’s going to happen in the finals is the players trading elbows during the games.)

Game 1 of a best-of-seven tips off Wednesday, 7 p.m., at Araneta Coliseum with the Beermen eyeing a historic fifth straight Philippine Cup crown.

The Hotshots, on the other hand, want payback after losing to the Beermen in last year’s finals in five games.