With PH Cup Finals now down to a best-of-five, San Miguel and Magnolia look to put a nose out front
By: Denison Rey A. Dalupang - Reporter / @sonrdINQ
Philippine Daily Inquirer / 05:07 AM May 05, 2019 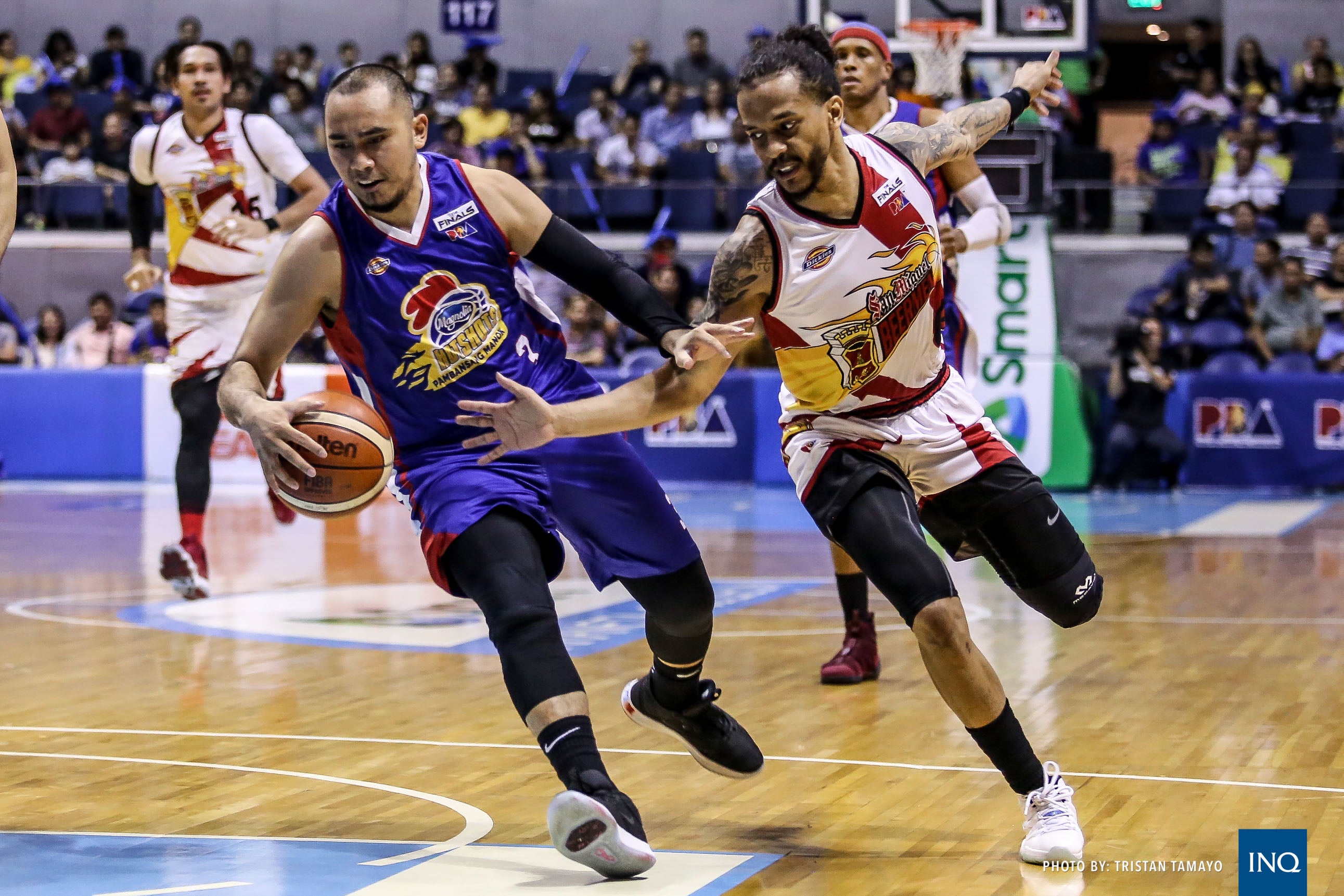 San Miguel Beer and Magnolia break their 1-1 tie in the PBA Philippine Cup Finals on Sunday, with the Beermen looking to wrest control of the series and put a serious dent on the Hotshots’ collective confidence.

Game time is at 6:30 p.m. at Smart Araneta Coliseum where the Beermen shoot for a follow-up to a 108-101 Game 2 victory two nights ago where they played with so much control that didn’t at all reflect on the final score.

“It will become an interesting game because it now boils down to just a best-of-five,” coach Leo Austria said. “I’ve always pointed out to my players the importance of getting a win first, [which we now have].”

The key to the San Miguel dominance, as Austria would later admit, was getting everyone involved and the Beermen not being a one-man wrecking crew.

“We were able to set up plays and we were able to not [rely heavily] on June Mar Fajardo,” Austria said after getting seven men in twin digits in Game 2.

San Miguel, the four-time defending champion, pulled away early and buried the Hotshots by as many as 20 points, with the end result painting a picture of how the Finals ended last year.

Austria and his charges also absorbed a Game 1 loss to Magnolia before winning the next four games to notch their eighth all-Filipino crown.

“I told the guys before the game, ‘less talk and more action,’” said Chris Ross, who was among San Miguel’s heroes in Game 2. “I know the type of team we have. We have a bunch of resilient guys. After a loss, we usually play some really good basketball.”

While both are pleased after Game 2, Austria and Ross stressed the importance of staying vigilant in the series—as if quashing the idea of possibly sweeping their foes again.

“After watching the tape, they’ve probably figured out what happened. This is not going to be easy. Magnolia will come back hard,” Austria said with a tone of certainty.

“It could happen again. It may not,” said Magnolia’s Paul Lee when asked about the possibility of last year’s heartbreak repeating itself. “But until the results are out, we’ll just try to put out the best fight we can and live with the results.”

“It’s kind of unfortunate that it takes a loss to wake us up,” Ross noted. “But give credit to Magnolia, man. They are scrappy and they are a really good team. We know that these [three] wins [that we need] are not going to come easy and our guys are up to the task.”

Marcio Lassiter, who was scoreless in Game 1, couldn’t agree more: “I’m pretty sure Magnolia will have some different schemes in Game 3.”

And with his personal performance mirroring his team’s improvement, the San Miguel gunner hopes he sustains confidence as the series plods along.

“I knew it would just take some time so I just have to build on this game,” Lassiter said.