Season on the line, FEU shows no quit vs favored Ateneo in Final 4 | Inquirer Sports

Season on the line, FEU shows no quit vs favored Ateneo in Final 4 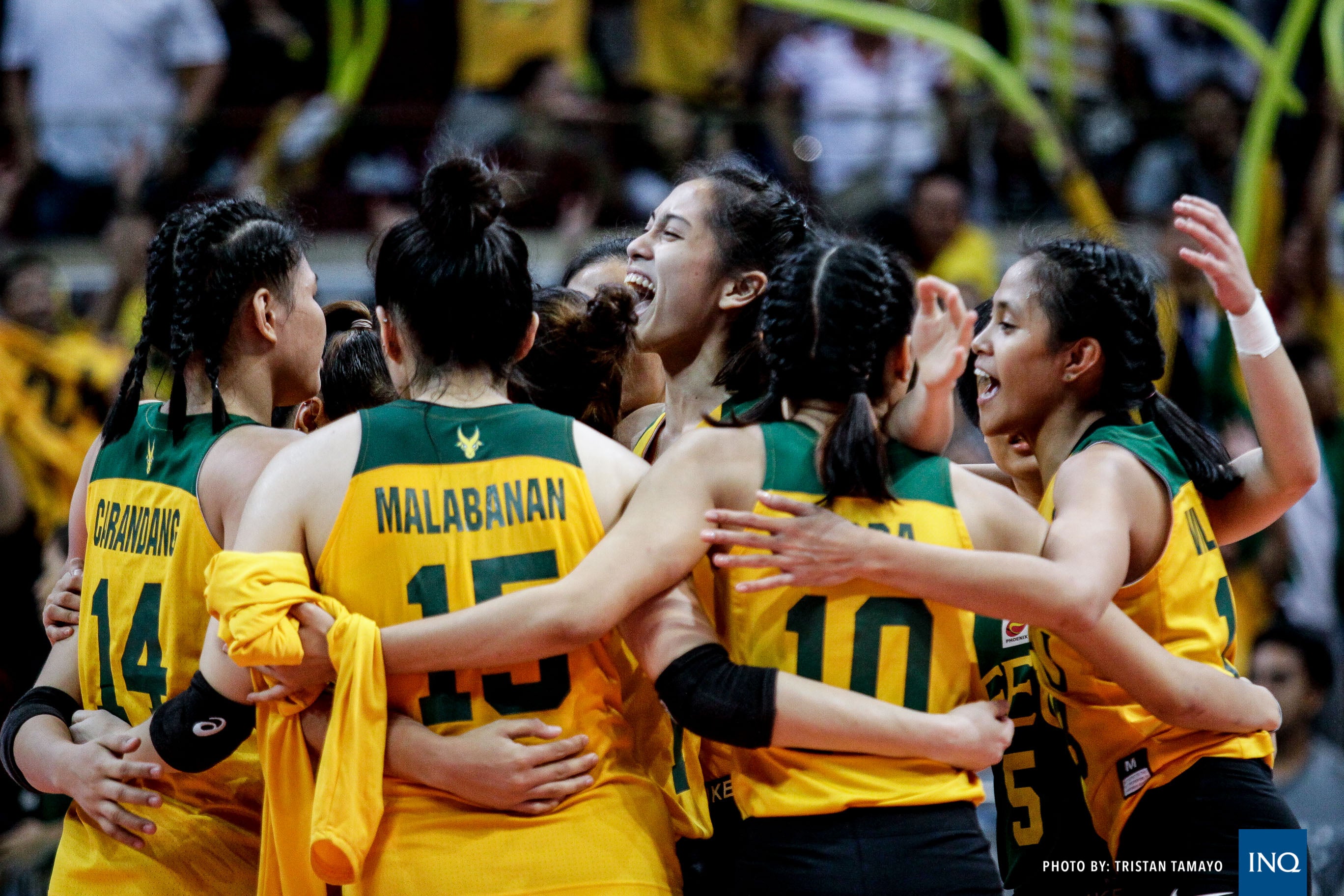 MANILA, Philippines—Far Eastern University had the odds stacked against itself when it faced Ateneo in the UAAP Season 81 women’s volleyball Final Four and for several reasons.

The Lady Tamaraws (9-5) were swept by the Lady Eagles (12-2) in the elimination round and headed into the semifinals with a twice-to-win disadvantage, but that didn’t deter FEU’s seniors from putting up a spirited fight.

Jerrili Malabanan and Heather Guino-o vowed that they won’t let FEU’s season end in the Final Four and they don’t care if they’re up against the league’s best team at the end of the eliminations.

“I told the team earlier that this wasn’t going to be our last game,” said Malabanan, the team’s skipper. “We’re all happy that we achieved that goal.”

Malabanan finished with eight points in the victory and a couple of those came in the deciding set.

She gave FEU the 11-7 lead with a crosscourt spike and followed it up with a booming off-the-block kill that put the Lady Tamaraws ahead, 13-7.

The graduating Guino-o, who finished with 17 points to lead FEU’s offense, said they just wouldn’t let themselves graduate early.

“This cannot be our last game, we can’t just allow it,” said Guino-o in Filipino. “This can’t be the last time that we’re playing with each other. It really is ecstatic for us that we extended this series.”

Despite a confidence-boosting win, Malabanan said they still have to be wary of Ateneo in their rubber match on Wednesday.

“I think we’re still even because today they [the Lady Eagles] had the twice-to-beat advantage and next game it’s all even,” said Malabanan.