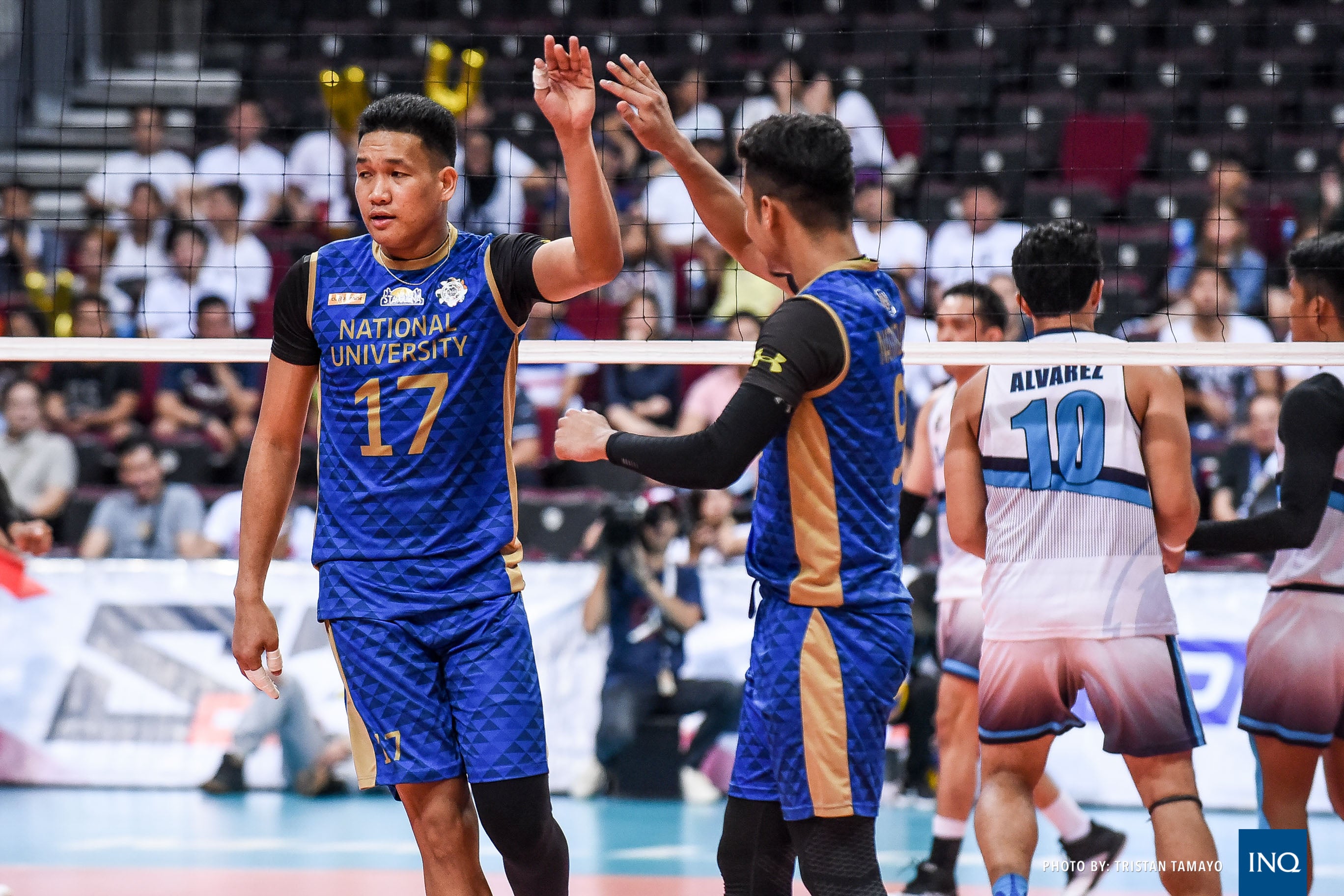 MANILA, Philippines—League leader National University advanced to the championship round for the seventh straight time after making quick work of No. 4 Adamson, 25-19, 25-16, 25-20, in the UAAP Season 81 men’s volleyball Final Four Sunday at Mall of Asia Arena.

The Bulldogs will face Far Eastern University in the finals, marking the first time that the two teams will meet since Season 75 when NU won its first men’s volleyball title.

Kim Malabunga finished with 17 points, on eight attacks, eight blocks, and one ace, to lead the Bulldogs while Bryan Bagunas added nine points.

“This is our goal since the start of the game and I hope this continues until the finals,” said NU head coach Dante Alinsunurin in Filipino.

NU was an impenetrable wall in front of the net with the Bulldogs tallying 16 blocks as opposed to the Falcons’ six.