A lot more to offer

Up 2-1 against powerhouse San Miguel Beer, Magnolia feels it still has more to show
By: Denison Rey A. Dalupang - Reporter / @sonrdINQ
Philippine Daily Inquirer / 05:05 AM May 08, 2019 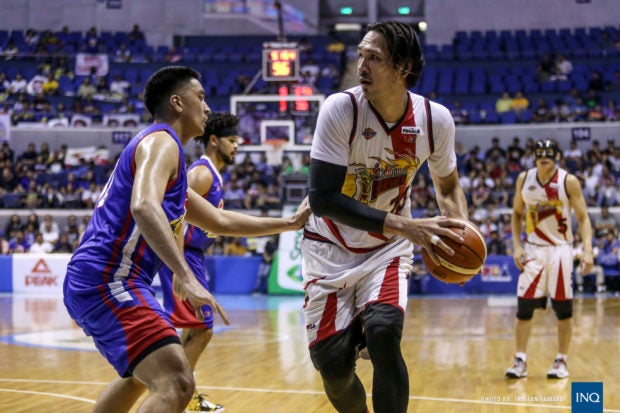 “We’ll just [go] out there, trying and trying,” he said prior to the race-to-four series. “Nothing is impossible. What I know is my boys are ready.”

Three games into the Finals, Victolero and the Hotshots are on the driver’s seat of a battle many pundits believed the Beermen would easily control.

“We were more aggressive, we dictated the tempo,” Victolero said when asked about the keys to their 86-82 Game 3 victory last Sunday that gave Magnolia a 2-1 series lead.

Victolero pointed out—and rightly so, most especially against a team that has already erased a 0-3 series deficit before—that it’s only a one-game lead.

But it was built on something that Magnolia knows it can bring to the table every game: defense.

“We dictated the defense and I think that has been the key,” he said.

That Sunday night, Magnolia managed to clamp down on San Miguel—a club whose style of tormenting opponent is by scoring in bunches—and limit the reigning “four-peat” champions to just 82 points.

“If we could limit them to under a hundred points, if we go to our game, which is a defensive kind, we have a fighting chance,” said Victolero, whose wards lost Game 2 after giving up 108 points to the Beermen.

“Their defense was clogging our big men in the post, and every entry pass was contested or denied,” he added.

The Beermen need to remedy that for Wednesday night’s Game 4, which kicks off at 7 p.m. at Smart Araneta Coliseum.

Magnolia believes it has more to offer for that match.

“We just have to stay true to our identity,” said Victolero. “So in the next games, we can’t afford to veer away from our strength—which is our defense. We’ve been the number one team in that category, so we just have to be a bit more consistent [as the series goes on].”