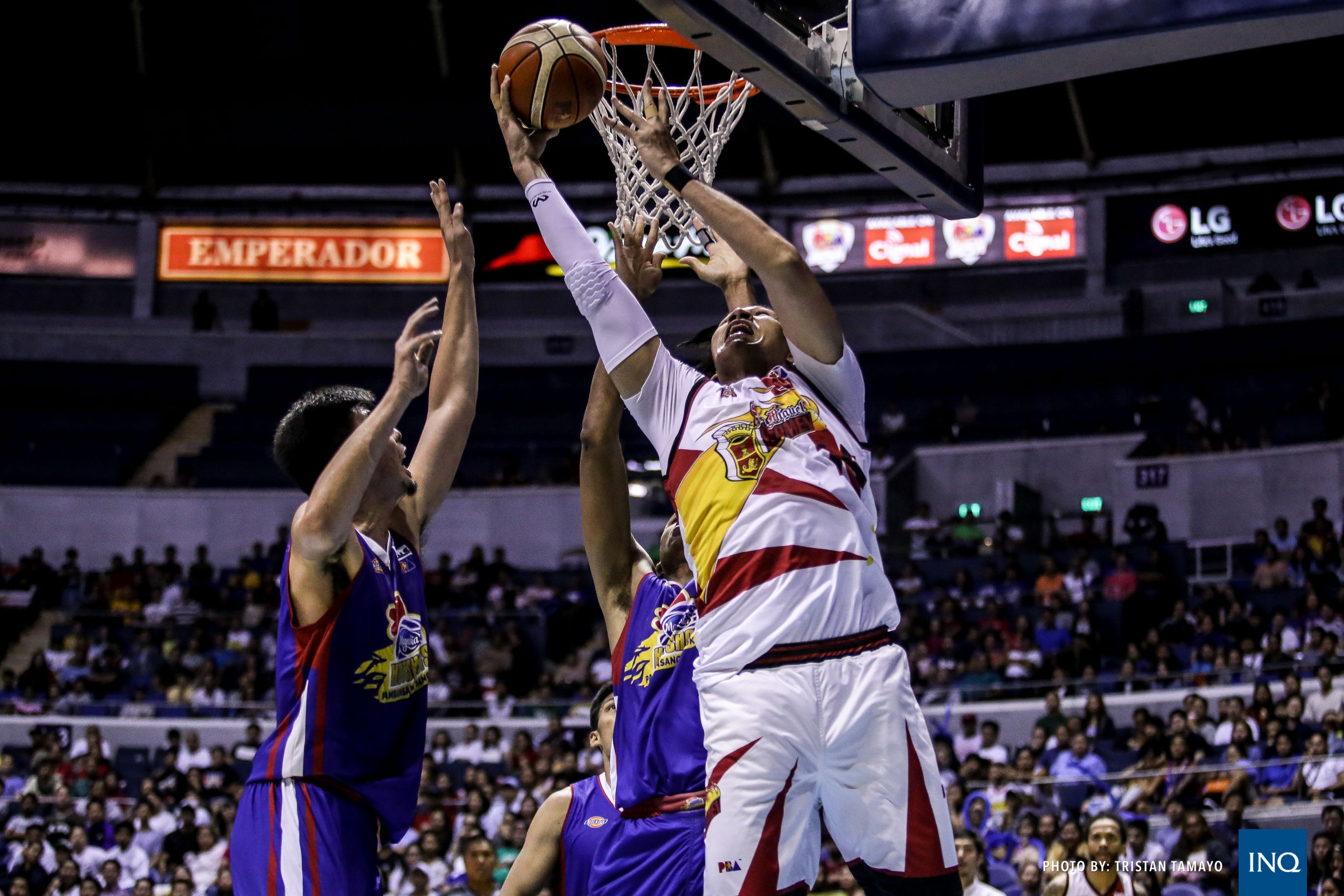 MANILA, Philippines—San Miguel Beer snapped out of its shooting slump to blast Magnolia, 114-98, in Game 4 and even the 2019 PBA Philippine Cup Finals at 2-2 Wednesday night at Smart Araneta Coliseum.

June Mar Fajardo proved too much for the Hotshots as the reigning five-time MVP delivered a near perfect game with 31 points that went with 14 rebounds.

Fajardo, who was named Philippine Cup Best Player of the Conference for the sixth consecutive time, made 13 out of his 14 attempts from the field while the Beermen shot 51 percent from the field, including 11-of-25 from downtown.

“This is the kind of game we were looking for. And from start to finish, we were able to sustain our energy. It was all about effort,” said SMB head coach Leo Austria.

“Our guys were also able to make their shots from the perimeter.”

The Beermen were as if shooting at a basket with a lid on in their losses in Games 1 and 3 but it was the complete opposite on Wednesday with the likes of Chris Ross and Terrence Romeo also having a field day apart from Fajardo.

Ross, who is known more for his defensive prowess, unloaded 15 points on 6-of-8 shooting from the field while Romeo had 18 points, going 3-of-5 from long range, off the bench.

Christian Standhardinger added a double-double with 13 points and 14 rebounds while Arwind Santos collected 12 points, six rebounds and six assists for San Miguel, which aims to make it two in a row in Game 5 Friday night.

The Hotshots made it a bit more interesting early in the fourth period when it pulled within seven, 80-87, before the Beermen responded with a 12-2 run to put the game out of reach.

Jio Jalalon had 22 points, five rebounds and five assists to lead Magnolia, which had more turnovers (15) than assists (12).