Spurred by MVP-in-waiting Rondina, Tigresses stun Lady Eagles to move within a win of UAAP crown
Philippine Daily Inquirer / 05:30 AM May 12, 2019 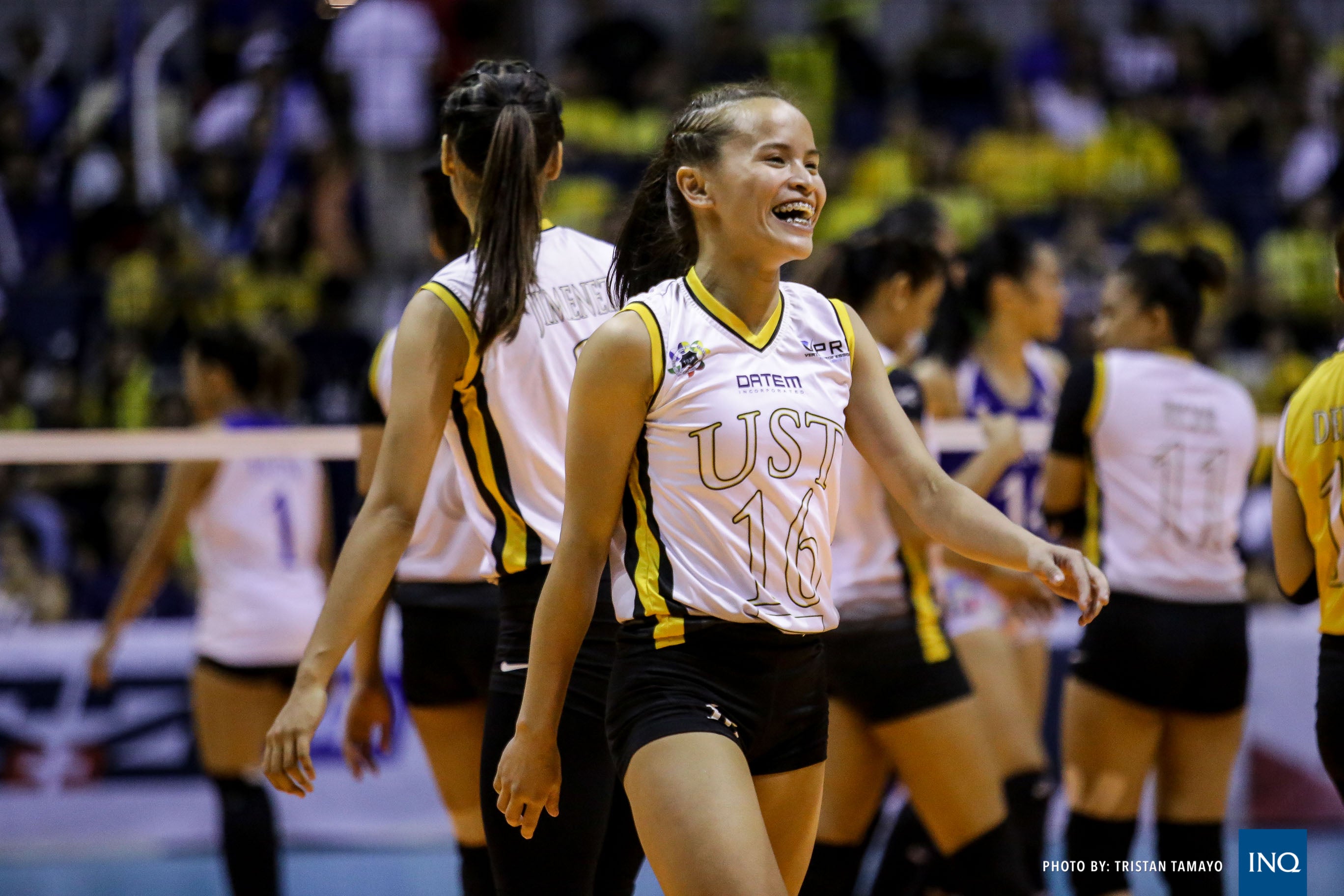 Every point Cherry “Sisi” Rondina produced, she topped with a jubilant jump and a megawatt smile that further egged the University of Santo Tomas faithful to roar even louder.

The extra spring in her celebratory jigs and her overall aura showed just how distant last season is, when she had to shoulder a lot of responsibilities for the Tigresses.

“The burden that Sisi (Rondina’s nickname) feels this year isn’t as heavy as last year when we really pushed her to the limit,” said UST coach Kungfu Reyes in Filipino. “This time we don’t have to rely on her too much because there are people who can now help her and let her play her own game.”

The Tigresses had lost 15 straight games to the powerhouse Lady Eagles over the last few seasons. They only need one more win over Ateneo to claim their first crown since Season 72.

Unloading a new dimension to her game—running attacks that resulted in sharp, booming kills that shredded the Ateneo defense—Rondina finished with 23 points and admitted she got a big boost from UST legend Mary Jean Balse.

“She called me in the morning and said to give a good fight, put your heart into the game and make it our turn this time,” said Rondina, who is set to be named MVP before Wednesday’s Game 2.

Eya Laure added 11 points and provided the Tigresses with an attacking option that befuddled Ateneo’s fearsome blockers at the net.

Rondina and Laure led an attack squad that produced 46 attack points, almost double the output of the Lady Eagles (24).

After controlling the first two sets, UST encountered a challenge in the third, something that severely tested the charcter of a team that tends to go through precarious drops in performance in the middle set.

Kat Tolentino capped a fight-back by the Lady Eagles, who came to within a point, 21-20.

But the Tigresses passed that test. And but as if to flaunt its array of options, UST turned to Erika Raagas to provide a two-point buffer. Rondina then took charge, shoving the Tigresses to match point with an off-balanced kill.

“Sisi has a much better aura now compared to before because back then she was not allowed to make a mistake, but this time she has a room for errors,” said Reyes. “But she makes up for those errors with more points.” —WITH A REPORT FROM BONG LOZADA, INQUIRER.NET