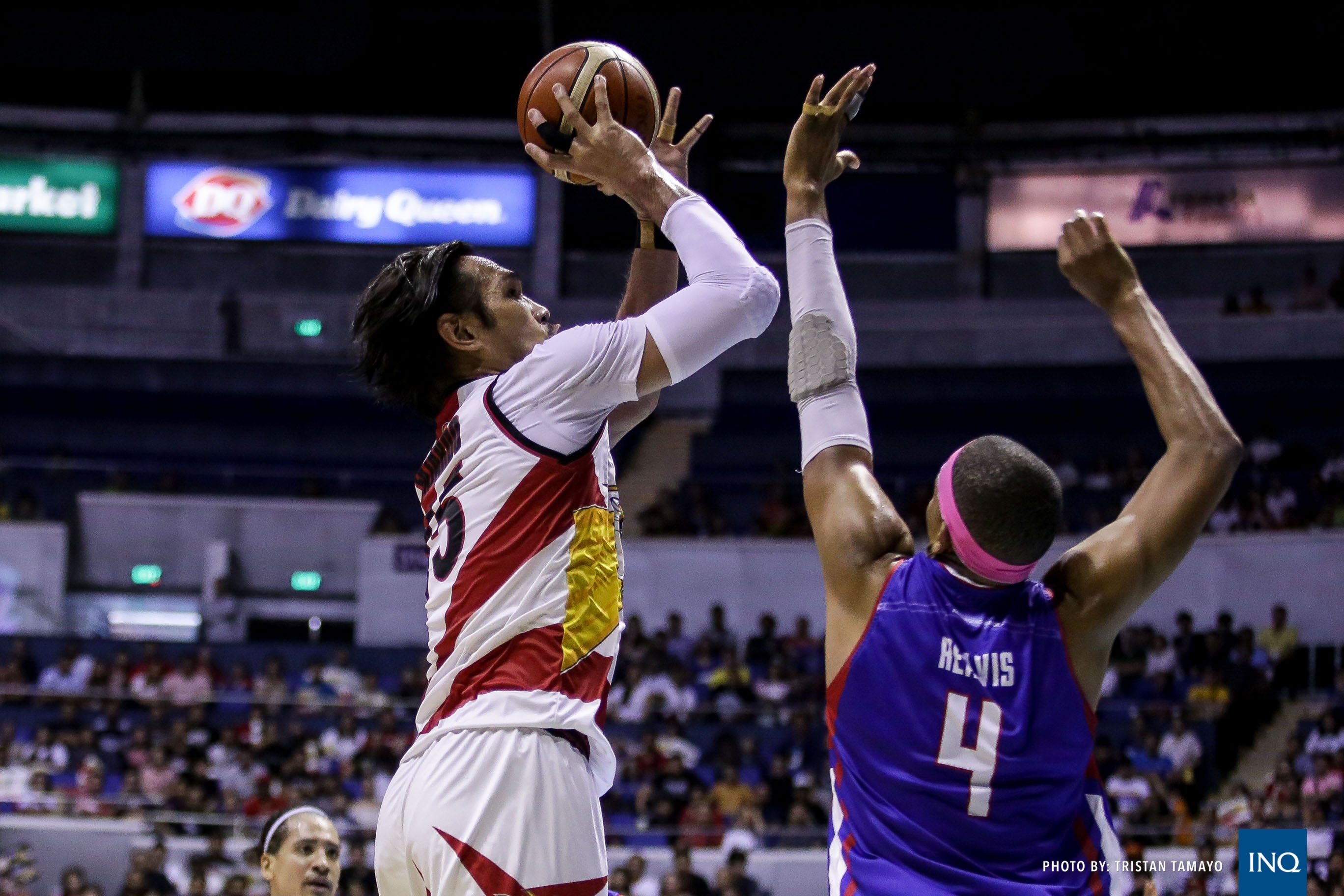 MANILA, Philippines—San Miguel Beer raced to a big lead early before repelling repeated rallies by Magnolia to win, 98-86, Sunday night and force a Game 7 in the 2019 PBA Philippine Cup Finals at Araneta Coliseum.

June Mar Fajardo had his usual numbers while also getting a lot of help from his teammates as the Beermen aim to make history with a fifth consecutive All-Filipino crown on Wednesday.

“We don’t want to relinquish our title,” SMB head coach Leo Austria told reporters during the post-game interview. “With this win, I think the momentum is on our side and we hope to sustain it in Game 7.”

“We tied the series and I think what happened in the game was we played good defense because of our second group and their play rubbed off on everybody.”

But all started with Fajardo and Chris Ross, who outscored the entire Magnolia team in the opening quarter as San Miguel jumped to a double-digit lead early, building enough cushion to fend off Magnolia’s fightback the rest of the way.

Fajardo finished with 23 points, 18 rebounds and two blocks while Ross went 5-of-5 from downtown in the first half to wind up with 17 points on top of five rebounds, six assists and three steals.

Marcio Lassiter continued to find his mark after struggling early in the series as he scored 20 points on 7-of-14 shooting from the field.

Romeo hit a triple to open the fourth quarter that sparked a 14-1 Beermen run, extending a slim lead to 82-63 with 9:03 remaining.

The Hotshots pulled within six after trailing by 21 in the first half but lost steam in the final frame.

Jio Jalalon led Magnolia, which shot just 3-of-16 from long range, with 17 points and eight assists.