Aces pull away in 2nd half, derail Dyip 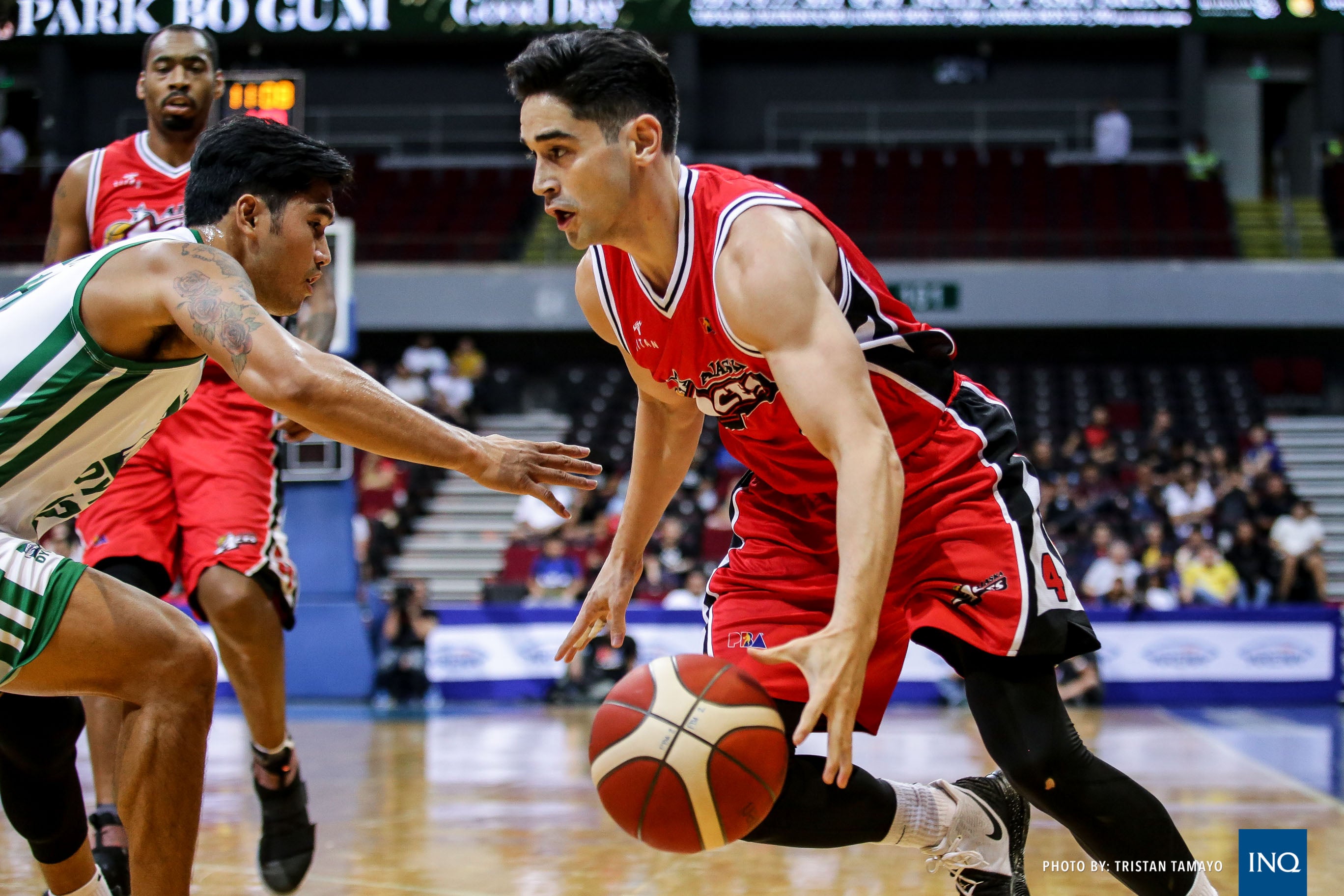 MANILA, Philippines—Alaska went on a blistering run in the third quarter to beat Columbian, 111-98, at the start of the 2019 PBA Commissioner’s Cup Sunday night at Mall of Asia Arena.

Simon Enciso led a 22-2 surge by the Aces that turned an eight-point deficit to a 70-58 advantage with 5:59 remaining in the third quarter to cruise to victory from that point on.

“It’s always good to start off with the win. This game was really important for us,” Alaska head coach Alex Compton told reporters.

“I don’t know the exact stats yet, but I thought generally, our guards really stepped up in the second half. Simon got going and made some 3s, moved the ball well. JVee (Casio) did a great job of running team. Chris (Banchero) came in and went on a huge scoring run,” he said.

Enciso scored 11 of his 19 points in the pivotal run, where he sank three triples, while Chris Banchero had 20 points on 8-of-12 shooting from the field in 19 minutes off the bench.

Chris Daniels, the oldest import this conference, led Alaska with 25 points and 16 rebounds.

Kyle Barone posted 30 points and 22 rebounds in his PBA debut to pace Columbian, which shot just 12-of-23 from the free throw line.