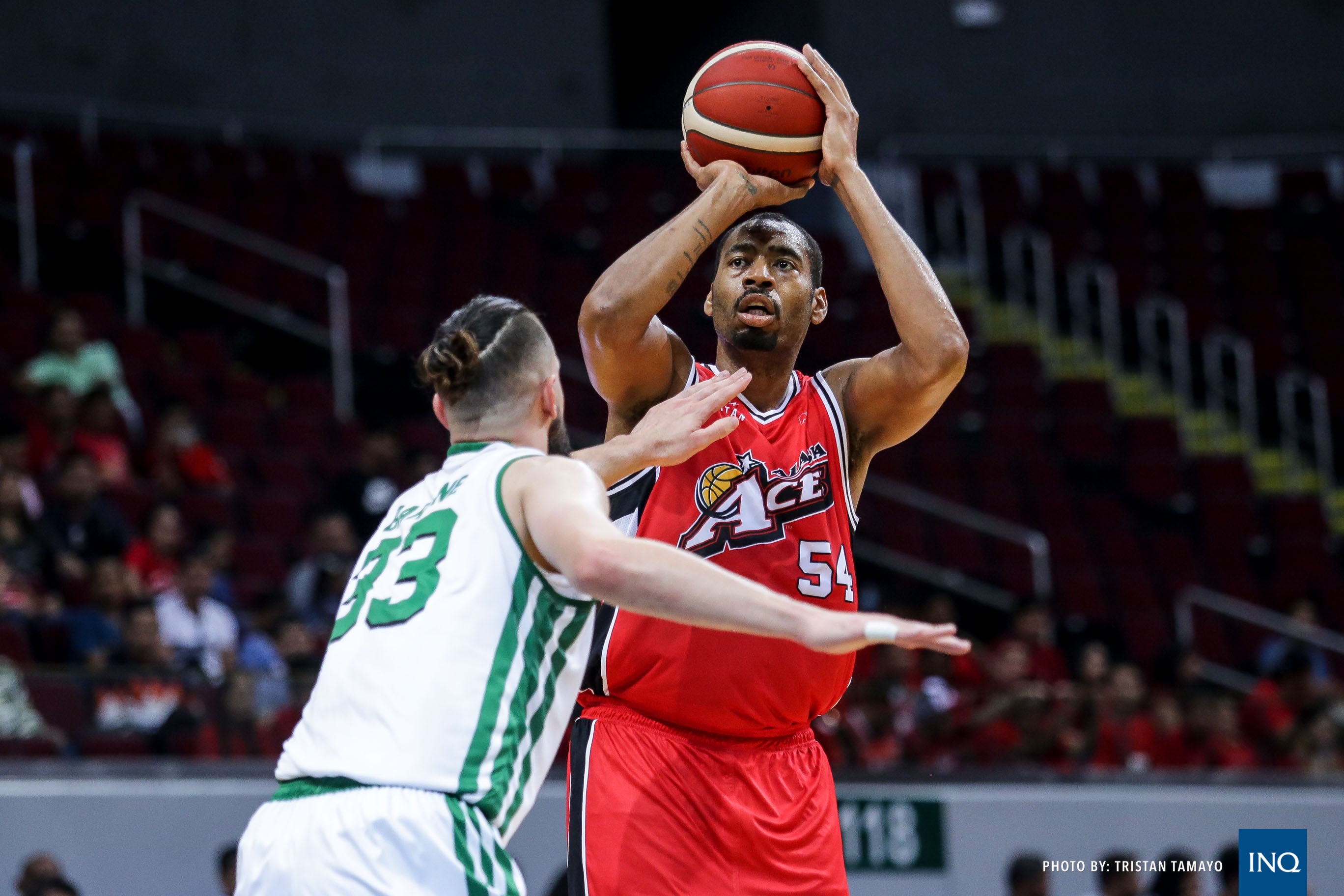 MANILA, Philippines—Chris Daniels is the oldest import in the 2019 PBA Commissioner’s Cup and that’s not a knock on the Alaska center.

His age at 35, is also his biggest advantage.

Daniels has been playing professionally since 2008 and his basketball career has taken him to different parts of the world.

And that vast experience playing overseas has helped him draw praise from the Aces.

“He’s like a coach. He’s one of the smartest guys that I’ve been around,” said Alaska head coach Alex Compton after a 111-98 win over Columbian Sunday night at Mall of Asia Arena.

Enciso sees similarities between Daniels and former teammate Mike Harris, who led Alaska to a runner-up finish in the 2018 Governors’ Cup.

“He’s a lot like Mike Harris. Just leads by example, you know, not a very high energy guy but will talk when he needs to talk and he’s very stern about what we need to do. Like I said, he leads by example so people usually follow,” said Enciso, who scored 19 points and led a pivotal run in the third quarter.

“He works hard. He gets in the gym early and does his stuff, leaves late. So I really admire his hard work. He really sets the tone for us so if he gets going early then, it’s a lot easier for everyone else to get shots,” he added.

Daniels had an efficient scoring night but said he still has to improve on both ends especially on the defensive end.

But more than the numbers, what impresses Compton the most about Daniels is his character.

“The thing that I really love about him, I’ve made him run in practice, and I’ve never heard a complaint. So when you can look at a guy with that kind of experience, championship experience, in the eye and say, ‘You’re running,’ and he runs, and no complaints, he says ‘Yes sir,’ and he does it,” Compton said.

“You know you have an incredibly high-character guy. So he’s high character, he’s very skilled, he’s very smart. We just gotta get him through the dunk contest level.”