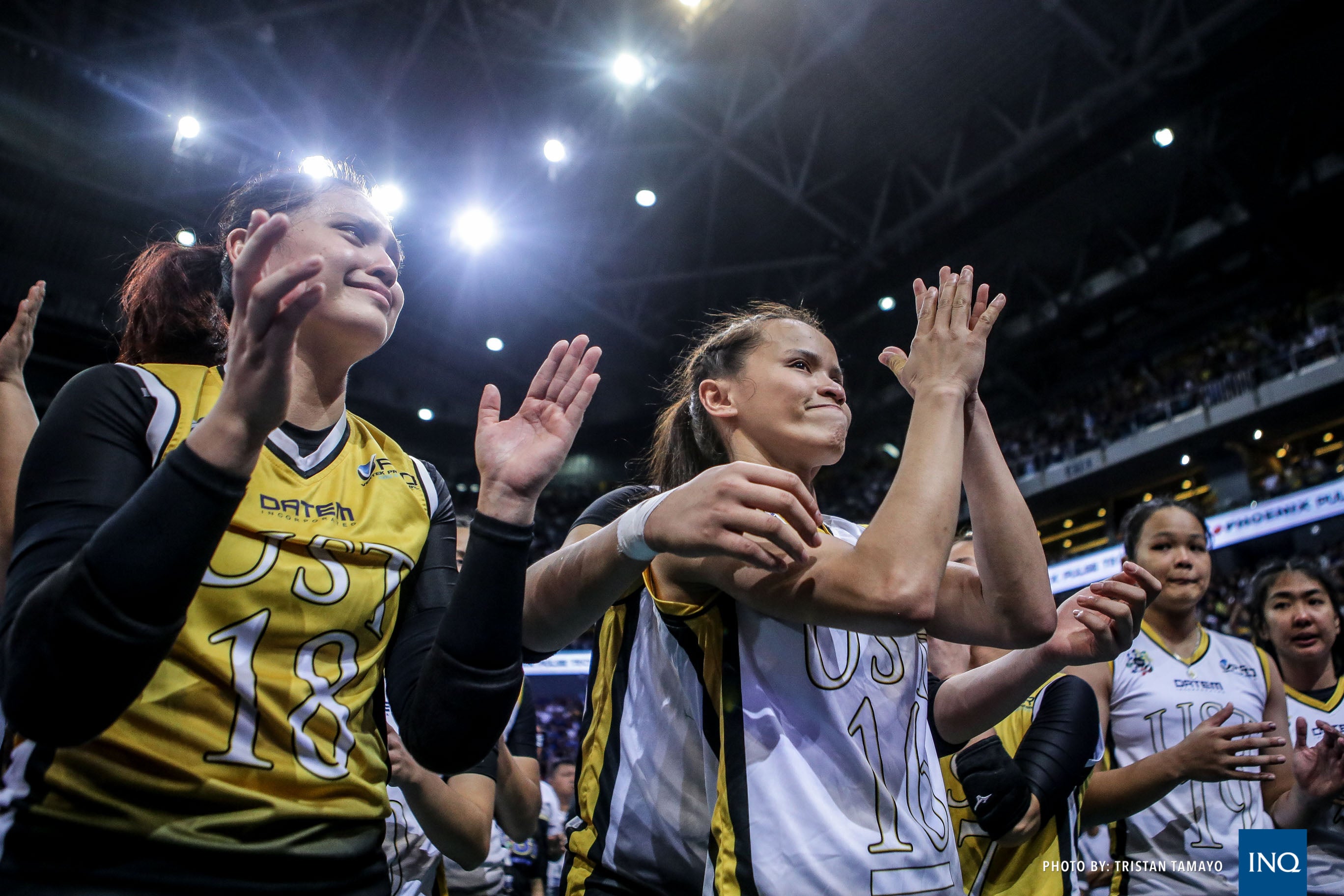 MANILA, Philippines—Just as Rica Rivera’s collegiate career drew to a close, her scholastic life took a step in the right direction.

University of Santo Tomas’ fifth-year libero will be spending her internship in Maine in the United States teaching kids the sport of volleyball.

Rivera was chosen to get her internship with the Pine Tree Camp wherein she will stay in the American state from June until September, just in time for the country’s summer season.

“We will teach kids the sport that we know and also take care of them during the summer,” said Rivera in Filipino after the Golden Tigresses lost to Ateneo 25-17, 25-22, 25-22, in Game 3 of the UAAP Season 81 women’s volleyball finals.

As for leaving the Golden Tigresses, Rivera said she’s grateful to have seen the UST crowd come in full force to support the team, her, and Season 81 MVP Cherry Rondina.

Rivera and Rondina are the only Tigresses graduating after the season with much of the team comprised of young bloods.

“It’s an amazing to look at the Golden Sea that we’ve longed for and dreamed about,” said Rivera. “It was our wish to get this crowd back and this is it I hope it continues.”

“I’m super emotional because this is my last year, I won’t be here next year, and of course a huge thank you to the UST community, the coaching staff, my teammates, and to the ones who always believed.”

UST was in a slump after Season 74 failing to enter the semifinals in five of the next seven seasons with the only two appearances happening during the half decade that Rivera and Rondina were in the lineup.

The Golden Tigresses’ silver medal finish in Season 81 were their best since settling for the same result in Season 73, a year after they won the whole thing, and Rivera is confident their successors would ultimately fulfill the feat they’ve failed to do.

“We’re confident because they’ve experienced how to get to the championship and it’s just Sisi and I who will be leaving,” said Rondina. “Still, our exit is a big blow to the team but there will be ones who will stand out and step up.”