Soccer referee dies after collapsing at match in Bolivia 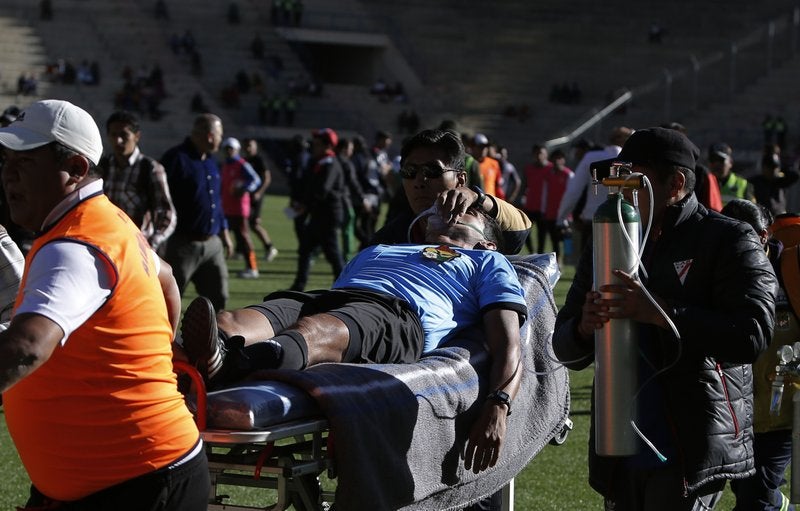 Referee Victor Hugo Hurtado is transported off the field to the hospital after fainting during a soccer game between the Always Ready team and Oriente Petrolero team, part of the “Apertura” local soccer tournament in El Alto, Bolivia, Sunday, May 19, 2019. Hurtado, 31, died later at the hospital of cardiac arrest, according to Fernando Costa, president of the Always Ready soccer club. (AP Photo/Juan Carlos Usnayo)

LA PAZ, Bolivia — A 31-year-old referee soccer collapsed during a Bolivian league match high up in the Andes and died after being taken to the hospital.

The match between the Always Ready and Oriente Petrolero clubs was played at Municipal Stadium in El Alto, which sits about 3,900 meters (12,795 feet) above sea level.

The game was at the 47th minute when referee Victor Hugo Hurtado toppled backward and fell off the field. Players and team doctors rushed to his side and after a few minutes Hurtado was put in an ambulance and driven away.

Always Ready team doctor Eric Kosziner told reporters later that the referee suffered a heart attack on the field and then a second, fatal attack as he arrived at the hospital.