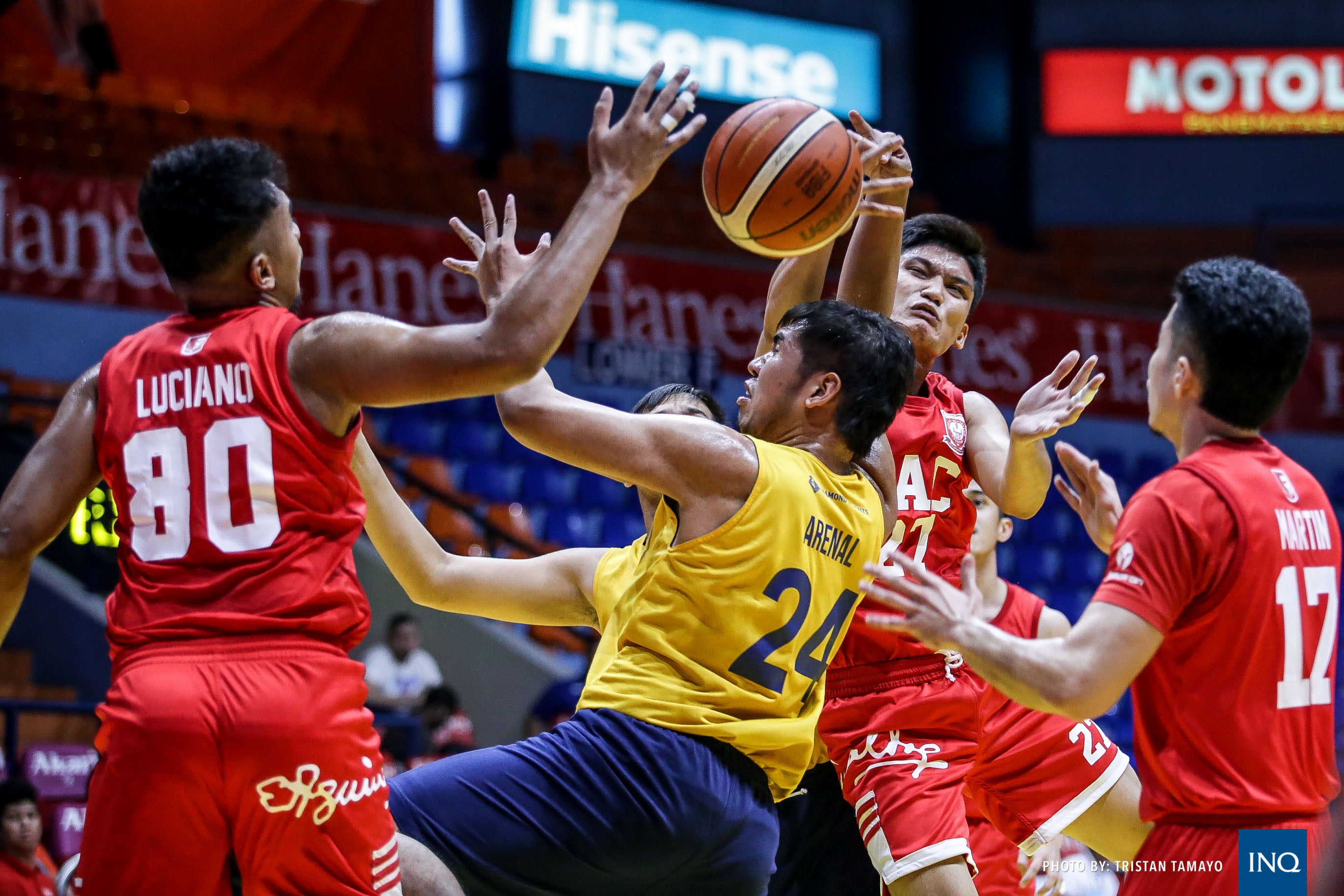 The Heavy Bombers snapped their three-game slide to get to a 1-3 record, tying the Generals for the seventh spot.

Agem Miranda lit up for 25 points while tallying four steals to lead JRU while Louise Delos Santos and Ry Dela Rosa had 16 and 14 points, respectively.

JRU head coach Louie Gonzalez said he didn’t expect this kind of win from his team especially with the Heavy Bombers going into a transition period.

“I never thought that we could pull this kind of win because if you noticed we’re still on the process,” said Gonzalez, who replaced Vergel Meneses back in late April, in Filipino.

“It’s the lifestyle we want to check because we want to teach the players how to become elite athletes.”