Petra Kvitova gets all clear for Wimbledon after arm injury 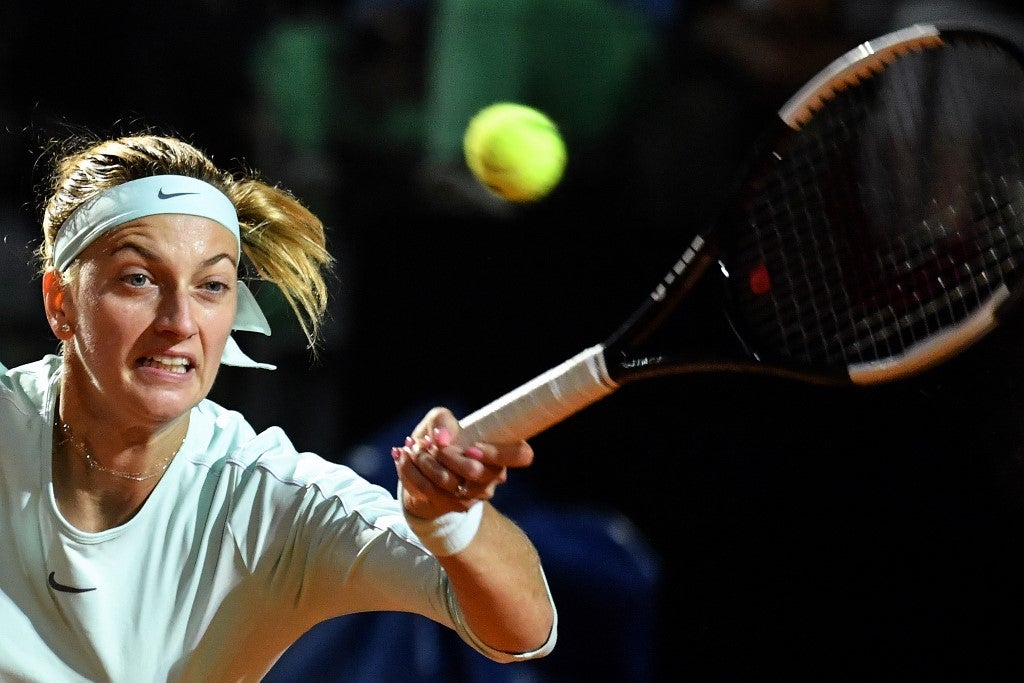 Czech Republic’s Petra Kvitova returns a shot to Greece’s Maria Sakkari during their WTA Masters tournament tennis match, on May 16, 2019, at the Foro Italico in Rome. (Photo by Andreas SOLARO/AFP)

Two-time Wimbledon champion Petra Kvitova said she expects to be fit for the grass-court season despite pulling out of the French Open with a left arm injury on Monday.

The Czech, who was seeded sixth at Roland Garros, will be out for “two to three weeks”.

“It means no tennis, of course, as it’s my left forearm,” said the big-hitting left-hander.

“Maybe I can play rightie. Two to three weeks, so I’ll do some fitness and everything that I can do to prepare my body for the tennis on the grass.”

Kvitova had been due to play Romania’s Sorana Cirstea in her opening Roland Garros match on Court Suzanne Lenglen later in the day.

“I am so disappointed to have to announce my withdrawal from Roland Garros,” Kvitova wrote on Twitter.

“I have had pain in my left forearm for a few weeks and last night an MRI confirmed a Grade Two tear which unfortunately could get worse if I play today.”

The 29-year-old made her return from a horrific hand injury, sustained in a knife attack by an intruder at her home, at Roland Garros in 2017.

“Two years ago I made my comeback here at Roland Garros, so I’m truly sorry not to be able to play this year,” she added.

Kvitova has been replaced in the draw by 18-year-old Slovenian lucky loser Kaja Juvan.