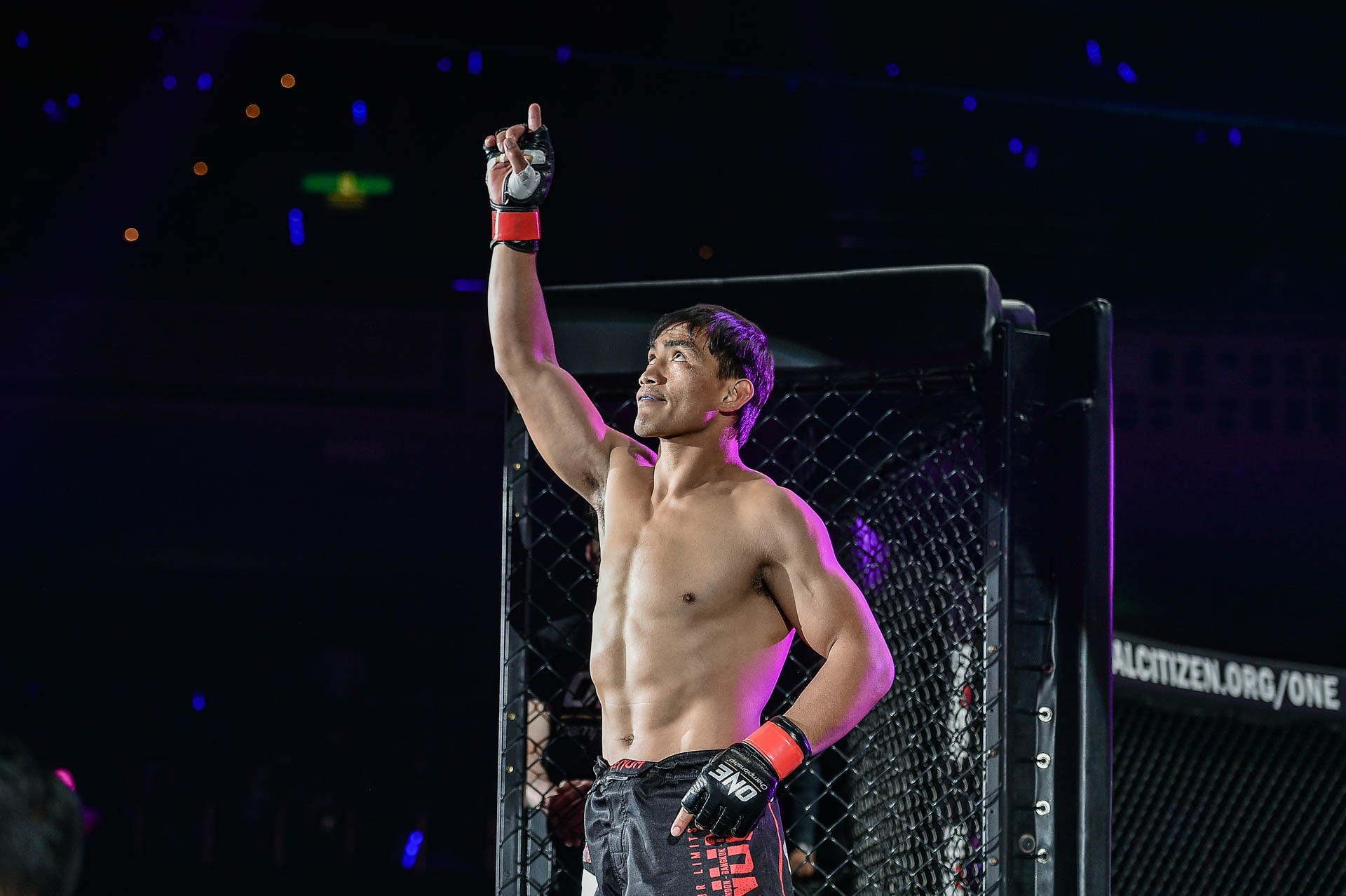 Eduard Folayang. Photo from ONE CHAMPIONSHIP

MANILA, Philippines—Eyeing another shot at the ONE lightweight world title, Eduard Folayang now has his sights set on newly-minted champion Christian Lee.

Lee showed great resolve in a second-round stoppage of Japanese legend Shinya Aoki to claim the lightweight belt last May 18 in ONE: Enter the Dragon at Singapore Indoor Stadium, a performance that left the Filipino star in awe.

“Reading the comments on social media, I agree with them, it was a masterful performance from Christian Lee. Now it’s all about defending that belt,” said Folayang.

“That’s the challenge of being a champion. Not to discredit what he did against Shinya, that was really impressive, but it’s gonna be a whole lot better if he defends the belt.”

The 35-year-old Folayang was particularly impressed with how Lee was able to escape Aoki’s armbar and then, pull off the TKO victory via punches.

“It’s just kind of surprising that when Lee escaped the armbar, there wasn’t a counter-attack from Shinya. If you know Shinya, he’s always ready for his next move.”

Folayang lost the lightweight crown to Aoki in their rematch two months ago in Tokyo, Japan. It marked the second time Folayang had yielded the belt but he refuses to give up.

“It’s just a matter of time. If we get that chance once again, why not? If I need a couple of more wins to reach that, of course, I’m open to it,” said Folayang. “The reason why Shinya wanted to face Christian Lee is that he wants to face the aggression of an up and coming fighter. That’s what I’m feeling as well,” said Folayang.