What’s in a name? You say French Open, I say Roland Garros 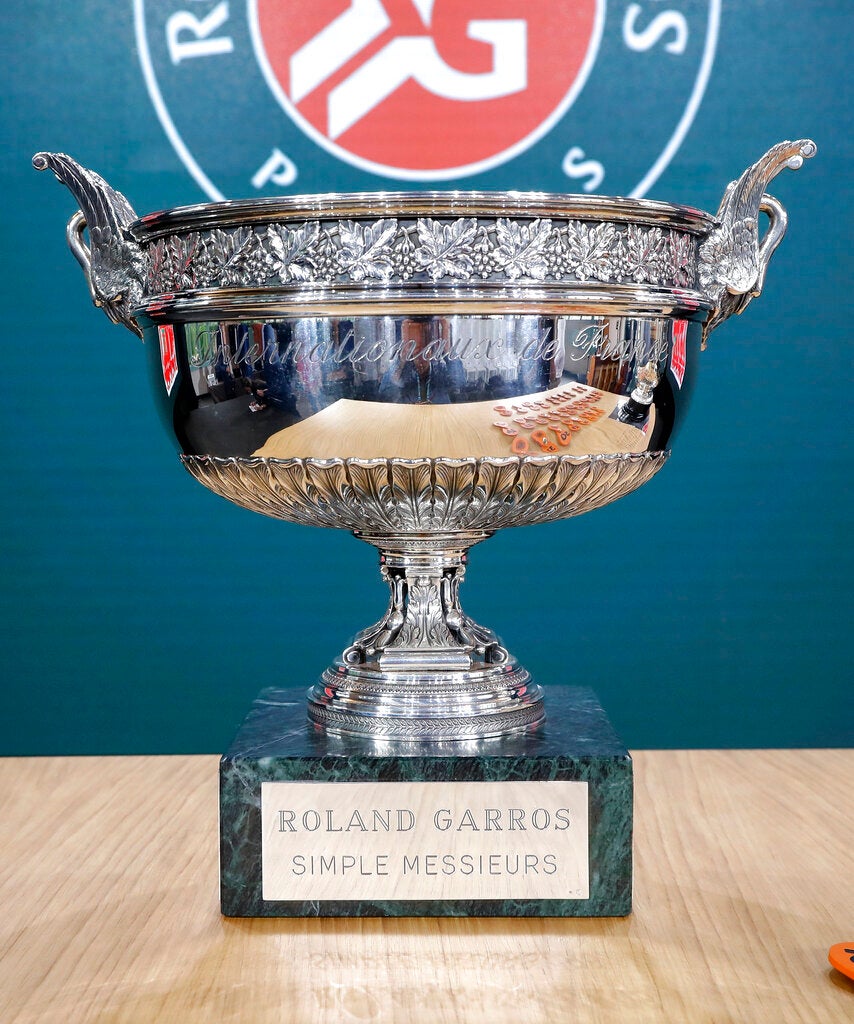 FILE – In this May 23, 2019, file photo, the names “Roland Garros” and the original tournament name “Internationaux de France” can be seen during the draw of the French Open tennis tournament at the Roland Garros stadium in Paris. English-speakers tend to go with “French Open,” even though that’s not used by the event itself. Most of the rest of the world says “Roland Garros,” which is the facility that hosts the tournament and is named in memory of a World War I fighter pilot. But what hardly ever is uttered is the original name of the tournament “Internationaux de France”, which translates to “International Championships of France.” (AP Photo/Michel Euler, File)

PARIS — Serena Williams and Roger Federer would love to win the French Open again, of course. They’d also be thrilled to win Roland Garros. And they might not know it, but they are doing their best to triumph at what used to officially be the Championnats Internationaux de France, too.

What’s in a name? Things get complicated when it comes to deciding what to call the clay-court Grand Slam tournament being contested now on the southwestern edge of Paris.

English-speakers tend to say “French Open,” even though that’s not used by the event itself. Most of the rest of the world refers to “Roland Garros,” the tournament facility named after a World War I fighter pilot.

Williams, an American with an apartment in Paris, and Federer, who is Swiss, are comfortable speaking English and French, so they say both versions. But what hardly ever is uttered — by Williams, Federer or anyone else — is the event’s original name, which translates to “International Championships of France.”

That French phrase is etched on the silver trophies that will be handed to the singles champions on June 8-9. A green board showing a bracket with each day’s results in white chalk says “Internationaux de France 2019.”

Based on interviews with several players and coaches, though, nobody seems to know that name.

“Yo,” said Denis Shapovalov, a Canadian ranked in the top 25, “I’ve never even heard that.”

Maybe that’s why the French Tennis Federation, which operates the tournament, wants the world to use “Roland Garros” — or, more precisely, “Roland-Garros,” owing to the country’s style of hyphenating places named after people. It asked media outlets, including The Associated Press, to use “Roland-Garros,” rather than “French Open.”

The term “French Open” derives from when Grand Slam tennis tournaments became “open” to professionals in 1968 — as in “U.S. Open” or “Australian Open” — but it is not found on-site in Paris. Oddly enough, the English version of the tournament’s online store does hawk what it calls a “vial of French Open clay” for $22 or 20 euros (the French version calls it “terre battue Roland-Garros”).

“The organizers clearly want everyone to refer to the tournament as ‘Roland-Garros,'” federation spokesman Nicolas Beaudelin said, “because this is … where the tournament is played.”

Think of it as akin to referring to the Masters golf tournament as “Augusta National.”

Most sporting events go by one name. The Super Bowl is the Super Bowl. The World Series is, well, the World Series. The NBA Finals are just that. Same for the Final Four. There are exceptions, to be sure, but not many. The folks who run Wimbledon (“The Championships”) and golf’s British Open (“The Open Championship”) have a hard time getting the globe to adopt their preferred monikers.

Tennis is an international sport: 42 countries were represented in the 2019 men’s draw in Paris, 35 in the women’s. English is generally the lingua franca on tour, but the lone Grand Slam tournament held where that’s not the primary language is proud of the distinction.

Chair umpires call out scores in French, for example. “Deuce” at the other majors becomes “Egalité” in Paris. The score “Forty-Thirty” becomes “Quarante-Trente.” And so on.

This is, after all, a land where the incursion of English into daily life bothers some and, over the years, the government has moved to ban foreign words from official documents, advertising and elsewhere.

Players know there is no easier way to endear oneself to the spectators than to sprinkle post-match interview responses with the occasional French word. Indeed, it’s become de rigueur for champions — from Jim Courier to Rafael Nadal, from Novak Djokovic to Federer and Williams — to deliver victory speeches in what the hosts like to call “la langue de Molière,” referring to the 17th century writer.

Still, there doesn’t seem to be any getting around what Tommy Paul, an American who won the 2015 junior title, observed: “When you watch it on TV in the States, it’s always ‘French Open.'”

After 2016 Olympic gold medalist Monica Puig, who represents Puerto Rico, reached the second round this week, she referenced “Roland Garros” during a session with Spanish-speaking reporters, then switched to “French Open” while being interviewed in English.

Madison Keys, an American who was a semifinalist in Paris last year, figures it’s all a moot point. To her, this tournament by any name would smell as sweet.