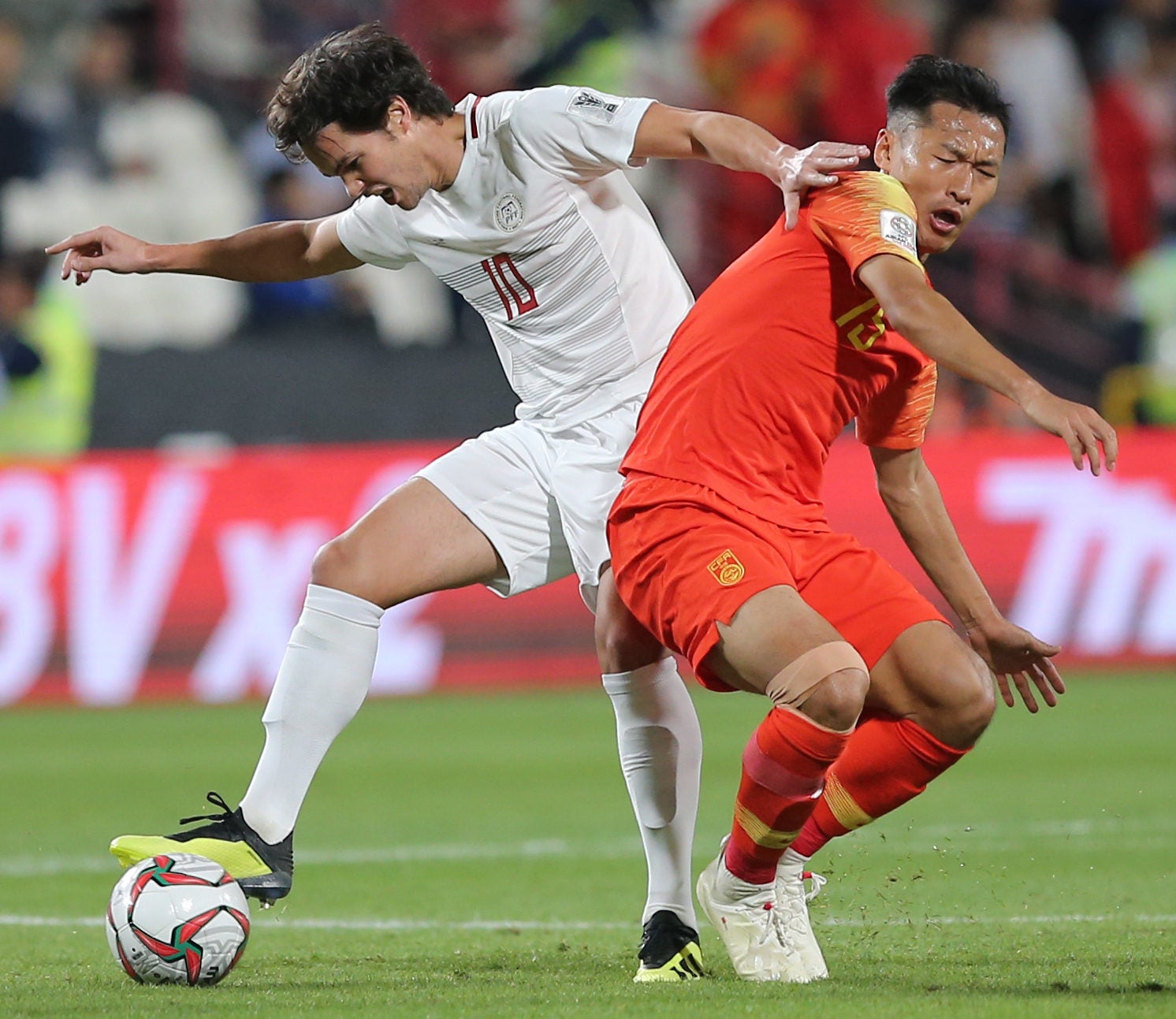 China extended the Philippines’ winless streak to six matches as the hosts blanked the Azkals, 2-0, last Friday night in a friendly at Tianhe Stadium in Guangzhou.

The Chinese scored a goal in each half as the Azkals endured a frustrating outing that saw them lose Daisuke Sato to a red card in the second half. Still, the match offered coach Scott Cooper a glimpse of what needs to be done for the team to improve as it prepares for the World Cup Qualifiers in September.

In terms of result, this was an improvement from the 0-3 drubbing the Azkals suffered to the Chinese in the Asian Cup last January in Abu Dhabi.

But the Azkals’ performance also left plenty to be desired as they struggled to keep possession and hardly created chances. Cooper started with three at the backline with Stephan Palla, Alvaro Silva and Luke Woodland, while pushing Daisuke Sato to midfield together with Kevin Ingreso.

Mike Ott also got a start and had some bright moments in the first half before fading. Captain Stephan Schrock went on a couple of his trademark runs and put in a strong shift, but was usually crowded out by the Chinese midfield as soon as he pushed forward Patrick Reichelt had the Azkals’ best chance on a header in the second half that was expertly saved by the Chinese keeper.

Javier Patino had a quiet outing upfront as the Chinese bossed possession for most of the match. Plenty of times, the Azkals were forced back by the Chinese with minimal pressure at midfield. Cooper also handed Christian Rontini his first cap when he came on in the 85th minute with the outcome already settled.